It's been another eventful week in Wellington with U-turns from National and constitutional game-playing from Labour and the Greens.

But before we get to that – the team are off to Hamilton on Monday for our Hamilton West by-election debate jointly hosted by the Taxpayers' Union and our friends at The Working Group podcast.

Also in this edition – we're hiring! If you, or someone you know, would be a good fit to join us at the Taxpayers' Union, keep reading. 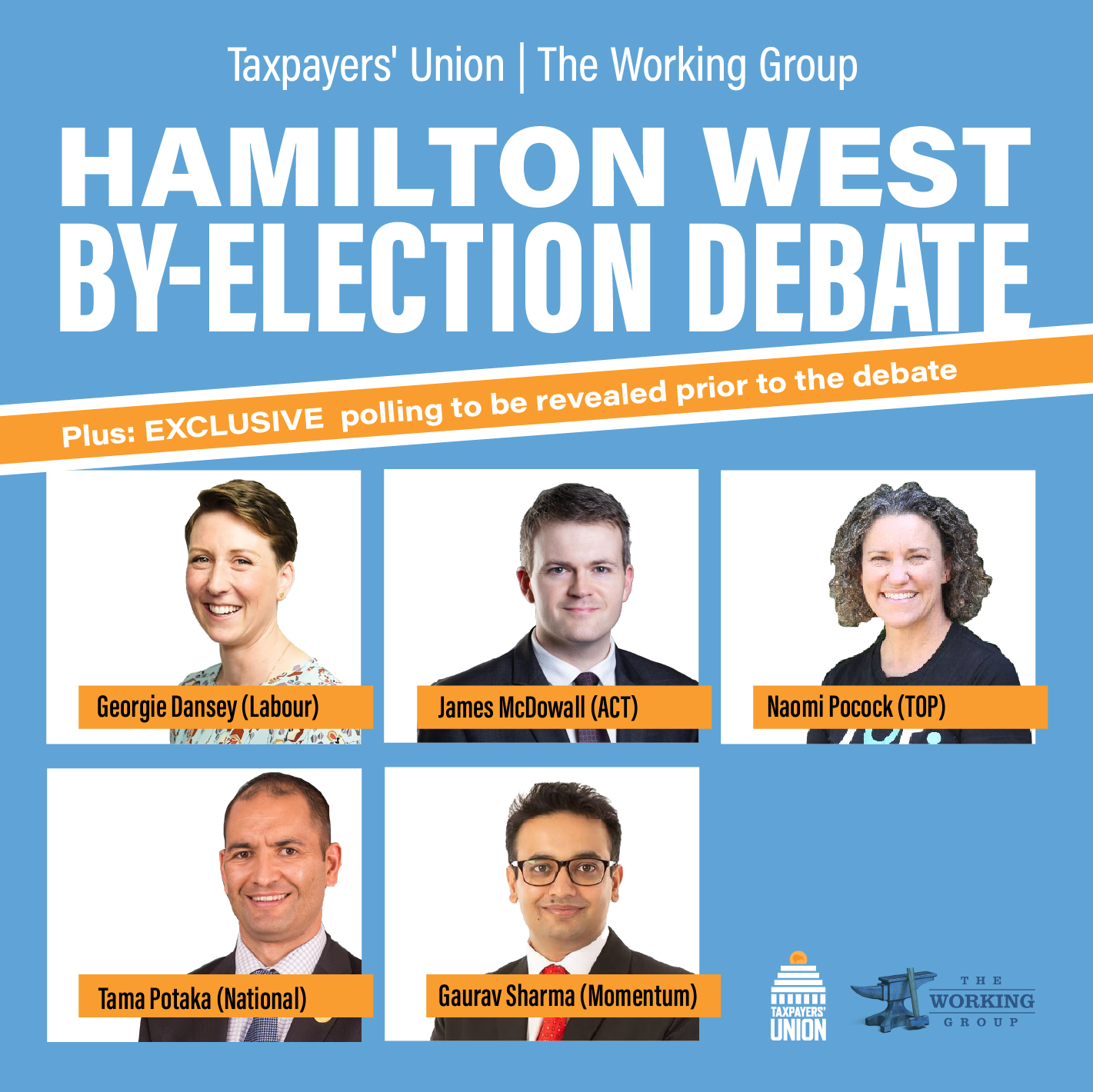 If you are in Hamilton, come along to SkyCity Hamilton (346 Victoria Street) and put your questions to the candidates this coming Monday, 5 December at 7pm. You can RSVP here.

Entrenchment a new low for Three Waters: Labour/Greens try to change the rules of the game 💦

Just when we thought things couldn’t get any worse with Three Waters, Green Party MP Eugenie Sage tabled a surprise Supplementary Order Paper. Her proposal would mean that the parts of the bill relating to the ownership and control of water services and significant assets could only be repealed by 60 percent of MPs or a referendum.

The concept is known as entrenchment and such provisions are seldom used here in New Zealand. In fact, there are only six instances of its use and all relate to electoral matters, such as elections every three years, and the voting age for general elections. Essentially, entrenchment is reserved for laws on the democratic process where it would be unfair for one side to change the rules of the game with a simple majority.

But the Greens – supported by the votes of Labour MPs – are trying to tie the hands of future governments. They argue this is necessary to stop the privatisation of water assets, but what this will actually do is make it more difficult for a future government to break up the four super water entities created under the reforms and pass water assets back to councils.

It’s fair to say that the response to this move has been overwhelmingly negative and it has been condemned across the political spectrum.

It doesn’t matter whether you agree with Three Waters – or even privatisation of public assets for that matter – it’s about whether your vote in an election can actually change policy when you elect a new Government.

PM distances herself but hasn't fully backed down 🤫

Seeing the justified backlash, the Prime Minister and Labour are trying to distance themselves from the proposal. In a standard response to our supporters, Labour MPs stress that the ‘…suggested amendment to the main legislation [was] put forward by Green MP Eugenie Sage, not Labour’ and that they only voted for the amendment because they were ‘…concern[ed] to prevent privatisation’.

Rather than simply withdraw Labour’s support  – which would kill it stone dead – the Prime Minister has kicked the issue to Parliament's Business Committee to 'consider the principles of entrenchment more generally'. That's political speak for 'we're not sure yet whether we can get away with this'.

The Business Committee meets on Tuesday – so on the same day, we'll be publishing full page ads in major newspapers to ensure the Labour MPs (who hold the majority on the Committee) make the right decision...

U-turn if you want to: Where do National stand on tax? 💸

The National Party need to understand they won't win next year by trying to be Labour or by not putting up a better vision for New Zealand.

Take for example their stance on their tax policy. Over the past year they have flip-flopped time and again on whether to adopt or scrap indexation as their policy. Now they have dropped their policy of abolishing the 39 percent top rate of income tax.

In an opinion piece for the NZ Herald, Jordan picks apart the opposition’s indecision. 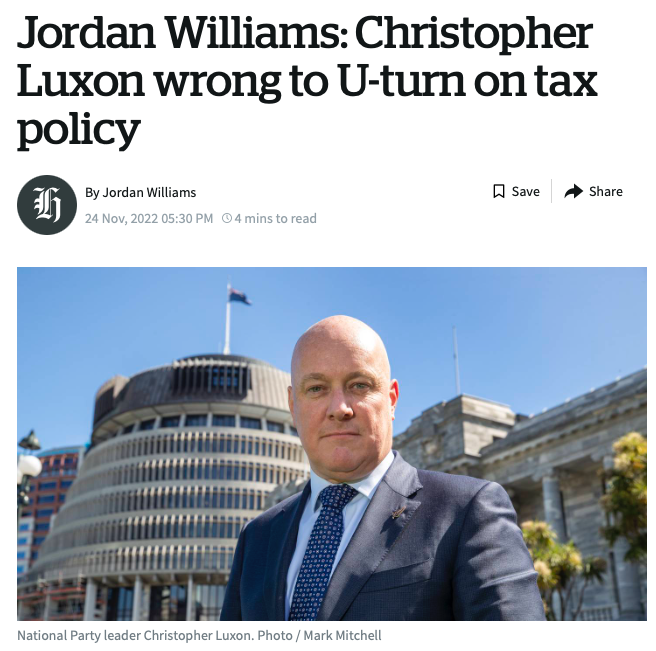 On what should have been a day squarely focused on Grant Robertson’s fiscal mismanagement, the dramatic expansion of government spending, and resulting high inflation, there was instead an awful lot of talk about what seemed to be yet another U-turn by the Leader of the Opposition.

It’s becoming harder and harder to keep up with National’s tax policy.

[...] Where is the ambition for New Zealand? We already know that the doctors, engineers, IT professionals and others that New Zealand desperately needs to attract are picking Australia because of higher take-home pay. One of the few areas we can be competitive is in tax rates. This isn’t “trickle-down” – it is the harsh reality that New Zealand cannot compete for the world’s knowledge workers with beautiful landscapes alone. Continue reading on the NZ Herald (requires subscription).

Maybe the National Party don’t quite get it, but the Key family is staying on message! 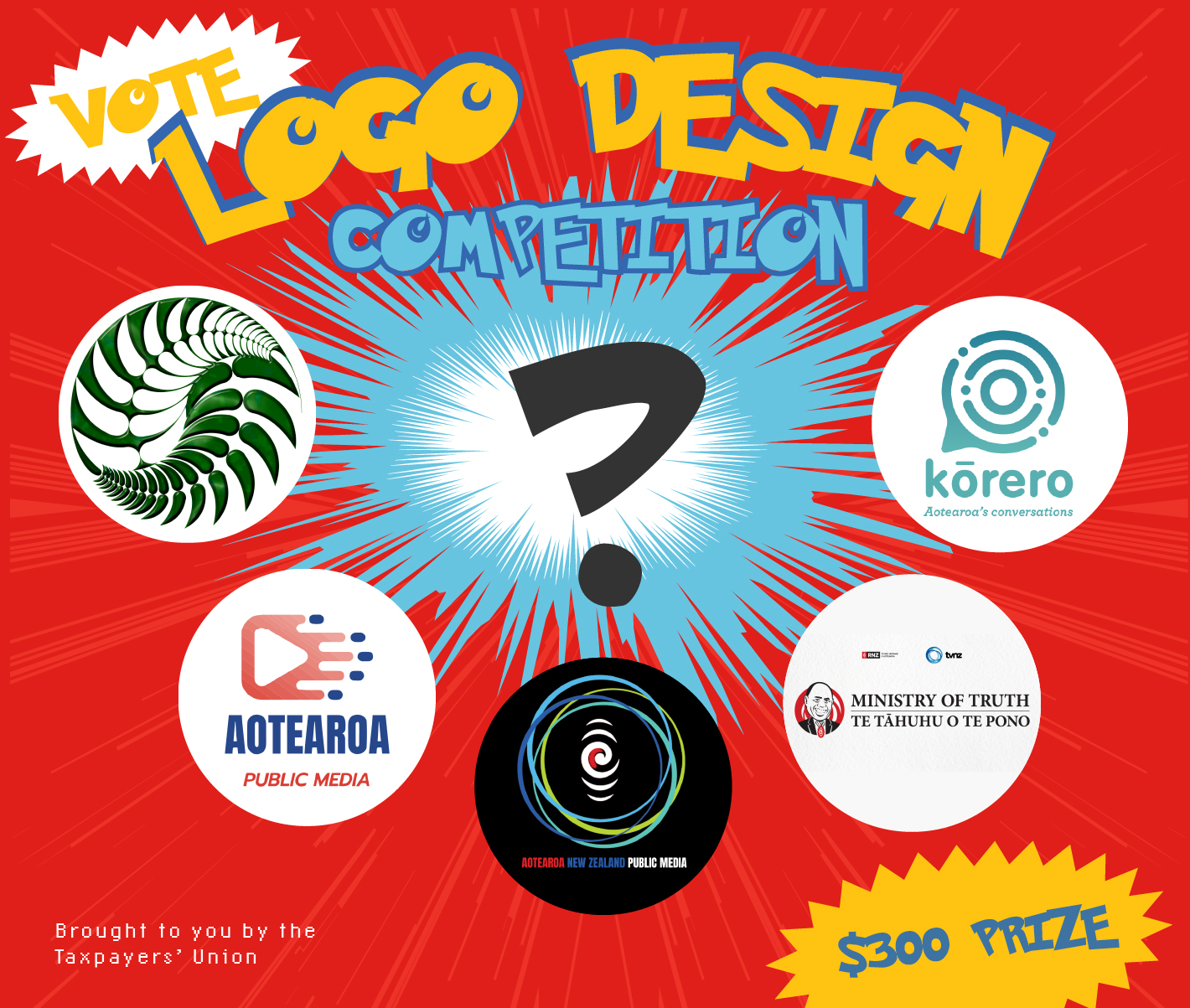 Following the news that the Government is spending $3 million to develop new branding for their proposed Aotearoa New Zealand Public Media super entity, we launched our competition to design a logo at a fraction of the cost.

And we can now reveal the results. 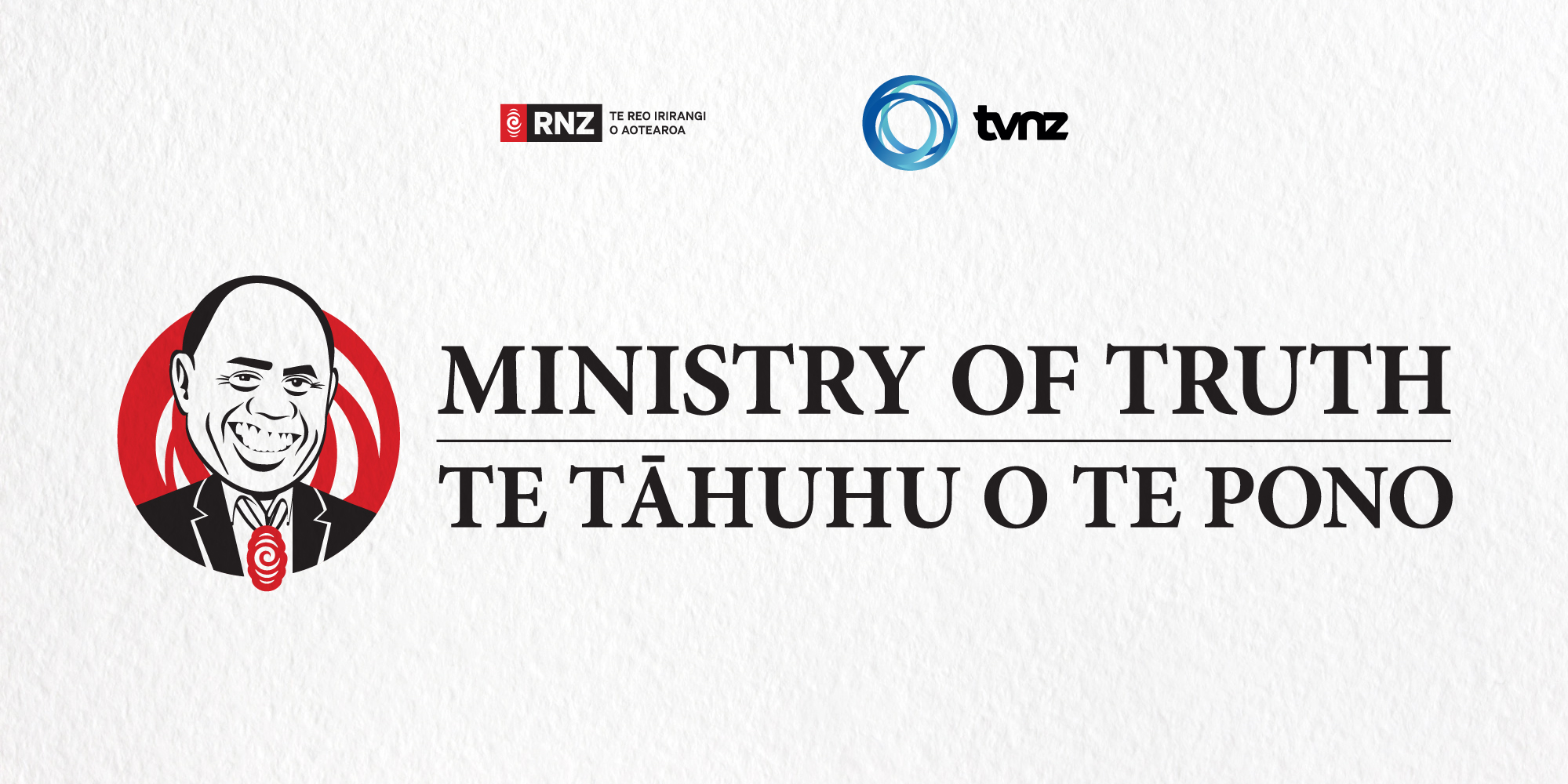 But in a shock — under the Single Transferable Voting rules (details of the voting and preferences on our website here), which all local councils will be moving to if the Government's "Future of Local Government" proposals go through — the 'winner' is actually the logo that came second. After all the preferences were allocated, the Green Ferns design by supporter Andy Dunn takes home the $300 prize. Congratulations to Andy! Just goes to show what STV can do... 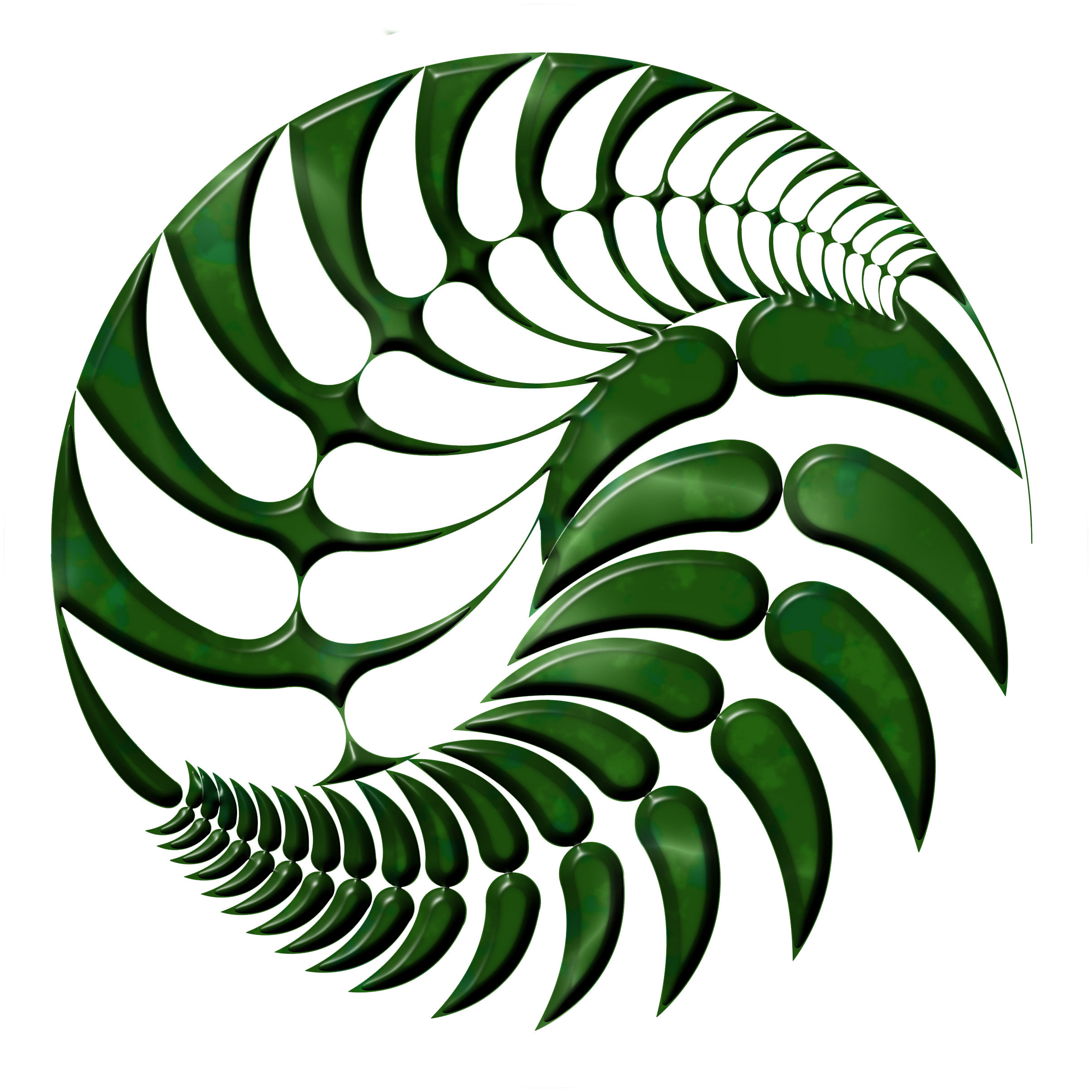 This was really a bit of fun, but it was to make a serious point. The TVNZ/RNZ merger will cost the taxpayer millions while undermining the range of different voices in New Zealand broadcasting. We need more diversity of opinion in our media—not less. 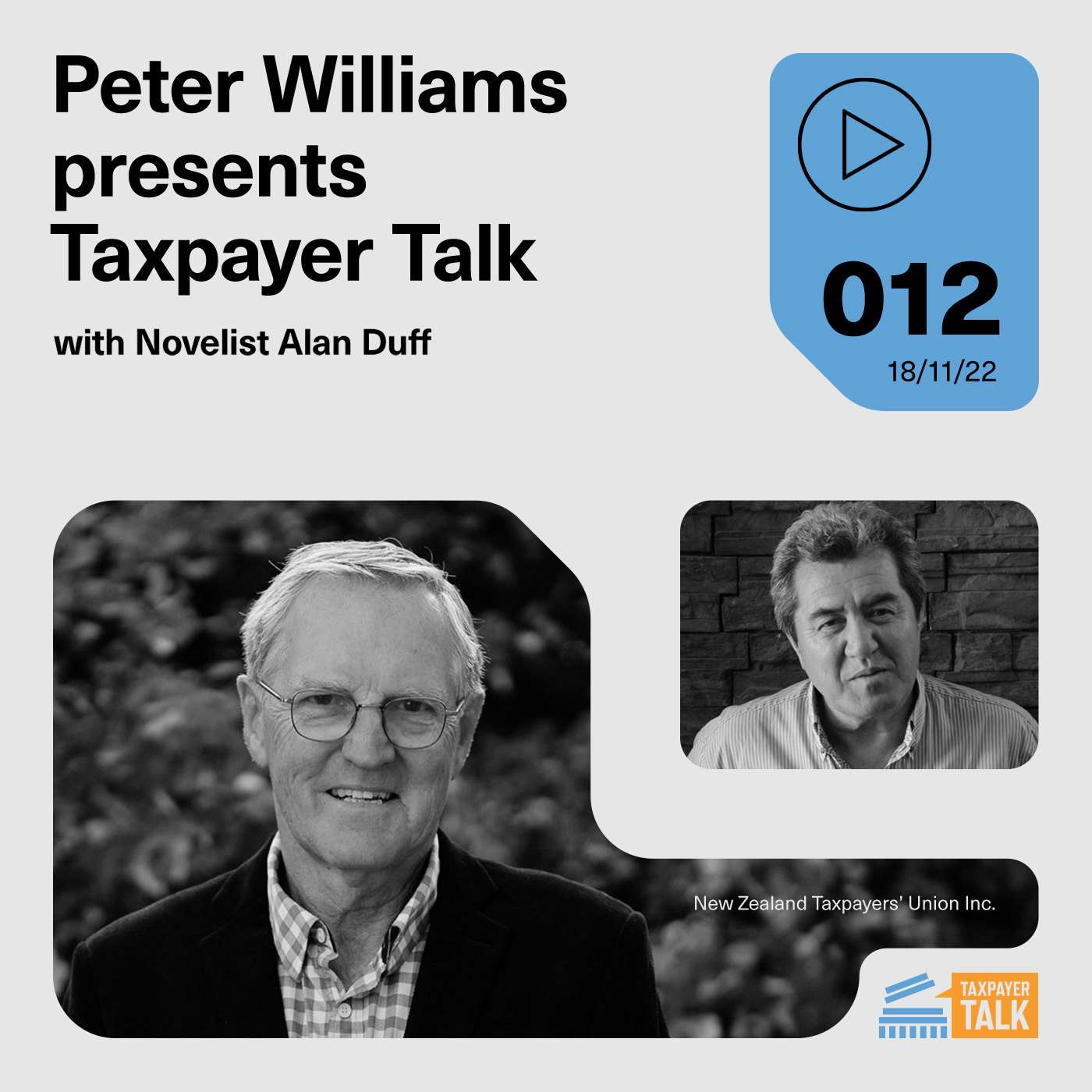 In this edition of Taxpayer Talk, Peter Williams’s guest is author Alan Duff, the creator of the hugely successful and influential book and movie Once Were Warriors and the founder of the Duffy Books in Homes programme.

Duff's best known book and the movie came out around thirty years ago and shocked middle class New Zealand who hadn’t seen the less privileged represented in such a way. Yet three decades on has the situation around domestic violence, alcoholism and welfare dependency improved? Most statistics point to no, but why has the country not taken responsibility for fixing such social ills when the issue has been in front of us for so long? Duff is a passionate believer in education as a pathway from poverty but expresses his frustration that this pathway is just not travelled enough.

We're hiring: Come and work at the Taxpayers' Union 🧑‍💼

Have you ever fancied working in the thick of Wellington bureaucracy but on the side of virtue? Does fighting for lower taxes, less waste and more transparency sound like you? Or do you know someone who is politically minded and looking to take the first step in their career. We are currently looking to recruit as we build our team in Wellington for the forthcoming election year:

You can find the full job adverts by clicking on the job titles above. Feel free to share this e-mail with anyone you think might be interested.

Stuff Which parties would a voting age lowered to 16 likely favour in Parliament?

Newstalk ZB The Huddle: Police pursuit policy reform and the state of the retirement age