Our vision: a prosperous, low-tax New Zealand with efficient, transparent and accountable government

Founded by David Farrar and Jordan Williams in 2013, we enjoy the support of nearly 200,000 registered members and supporters, making us the most popular campaign group championing fiscal conservatism and transparency in New Zealand. Approximately one in nineteen adult New Zealanders receive (and open – see below) Taxpayers' Union email updates.

We’re here to represent the common interests of all taxpayers and to provide them with a voice in the corridors of power.

We work to expose excessive and wasteful government spending. We want more transparency and accountability in how taxpayers’ money is spent and our politicians spending money as if they’d worked as hard as the taxpayers who earned it. We believe that new taxes should only be introduced when there are equal decreases in other taxes.

Here at the Taxpayers' Union, we are democrats – we value and promote democratic accountability. Those who are responsible for public services, levy taxes, or spend/allocate public money, should ultimately be accountable at the ballot box.

We are a pressure group not just a traditional ‘think tank’ or business association. Our grassroots advocacy model is based on international taxpayer-group counterparts, particularly in the United Kingdom and Canada. Our equivalent campaign organisations on the Left include Australia’s Get Up, New Zealand’s ActionStation, and Greenpeace.

The Taxpayers' Union is a member of the World Taxpayers Associations – a coalition of taxpayer advocacy groups working together for lower taxes, limited and accountable government, and taxpayer rights in more than 60 countries. One of our cofounders sits on the WTA's board.

When we launched in 2013, the Union was little more than an idea that there was a need for a fiscally conservative lobby group in New Zealand. By 2016, we were pleased to have reached 4,000 supporters, by 2018 that was 14,700, 59,000 in 2020, and this year we hit 203,000*. Our growth has been rapid and that is a testament to how our message of lower taxes, less waste, and more transparency has resonated with New Zealanders. 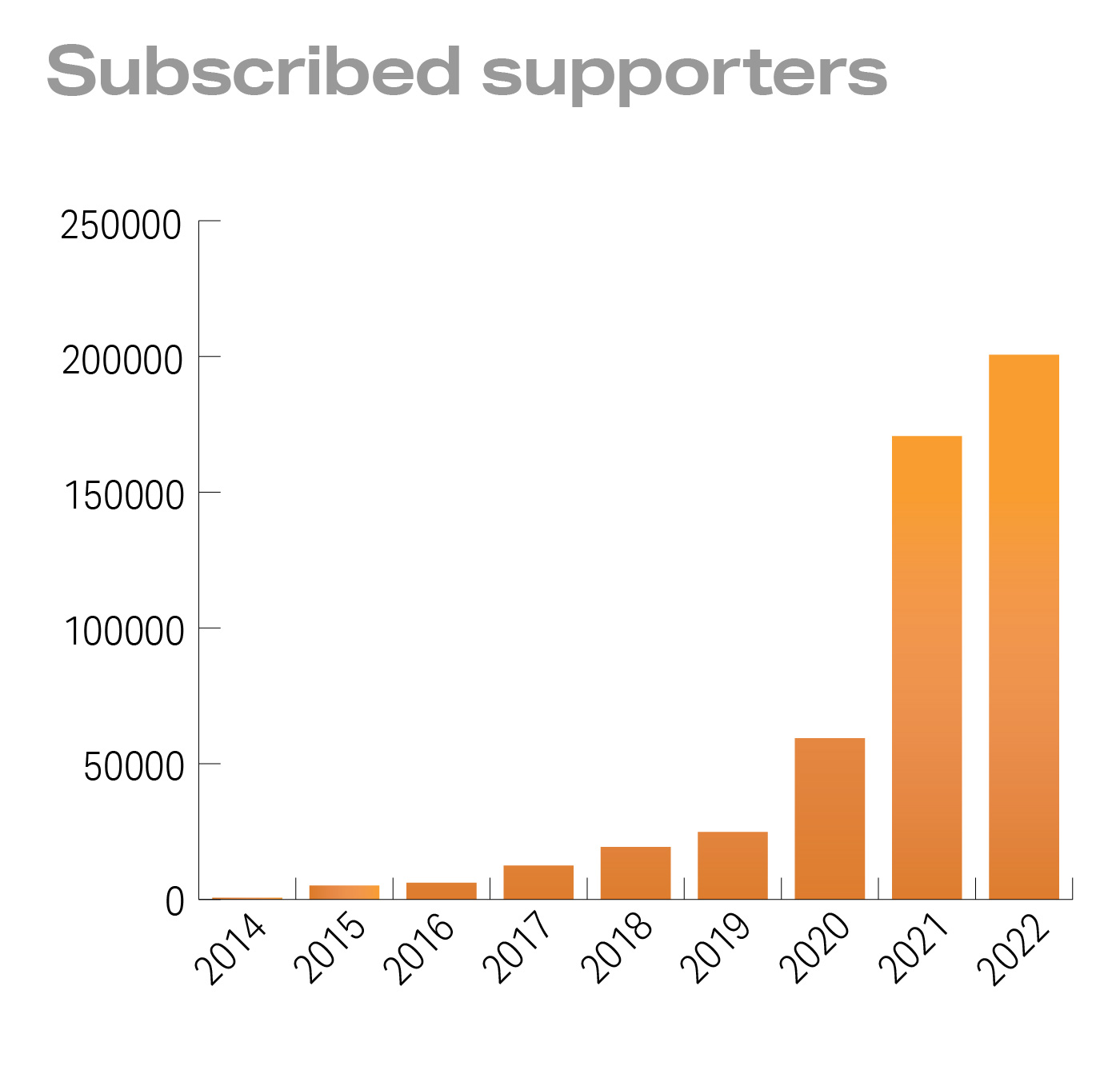 We are proud to be funded by more than 21,000 generous Kiwis who have donated to date. This year (2022), less than 3% of our income is from membership dues and donations from industry (see below). In 2022, more than 80 percent of our total income has come from individuals contributing no more than $1,000 in a single year. Even for those in our Taxpayer Caucus, no single donor has contributed more than a few percent of our 2022 budget.

*We are currently slightly below this 204,000 peak in our supporters number as we regularly review our supporter lists to identify those who have not donated, or otherwise engaged with our campaigns or opened our emails for a three-month period. After three months, we no longer count them as a supporter and unsubscribe them from our email lists as a courtesy (they can sign up again should they wish).

Our campaigns rely on crowdfunding

As our number of supporters has grown, so has the number of donors. Last year, more than 14,000 people donated to the Taxpayers’ Union and we are immensely proud to work on their behalf. We understand this is more individual donors than every political party in Parliament, bar one. Since our launch, more than 21,000 New Zealanders have chipped-in to fund our work. 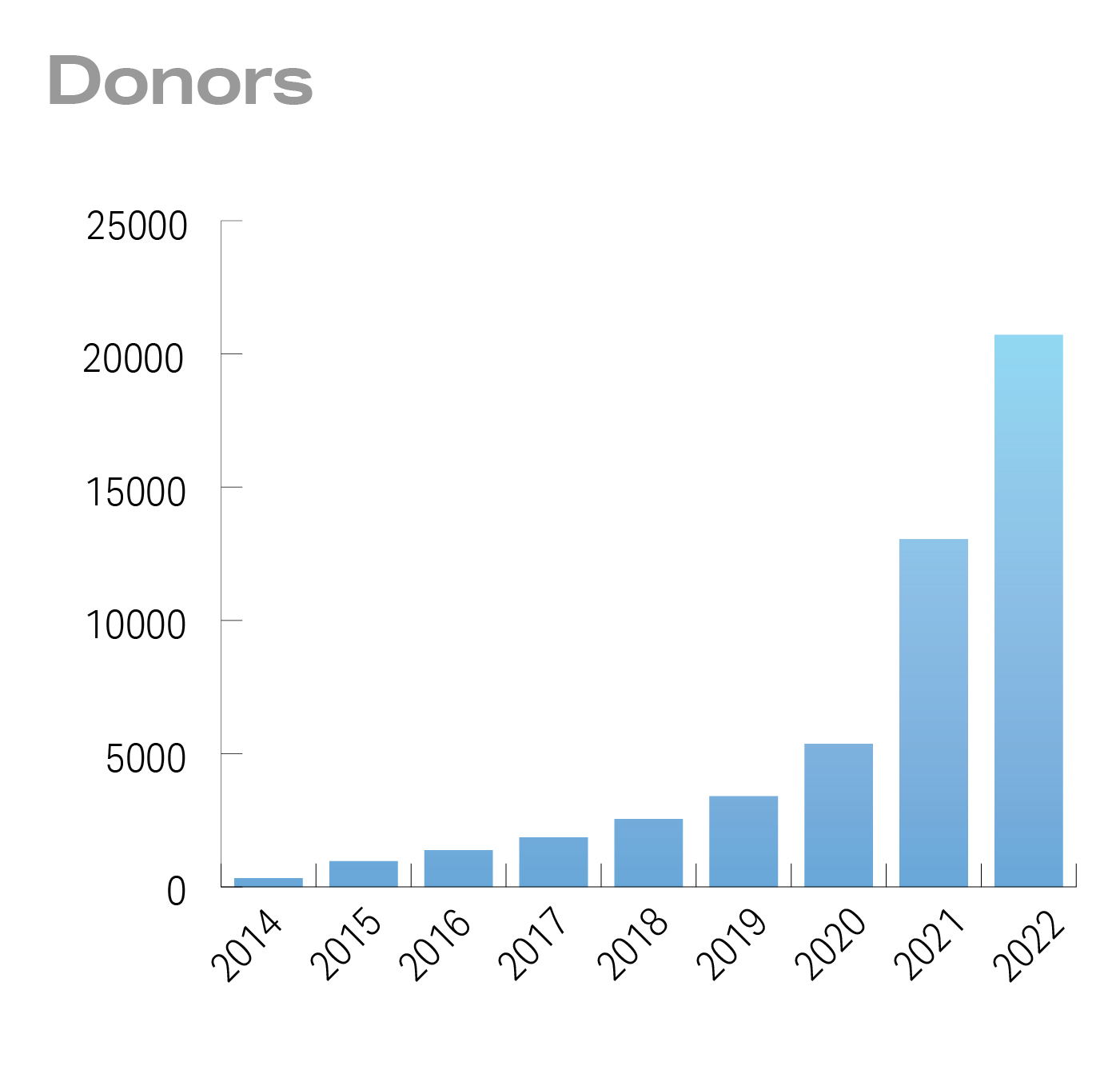 Our expansion in supporter base and crowdfunding has meant that we have been able to campaign more vigorously and effectively to protect and promote the interests of taxpayers. Our work has included stopping a proposed unfair Capital Gains Tax, winning tax relief for motorists, convincing opposition political parties to commit to income tax threshold indexation, and opposing the Three Waters reforms that will undermine local control and impose higher costs.

We also accept support and membership from private industry. In our earlier years, that represented up to about 15% of our total annual income. For the year to 31 October 2022, industry dues (including donations) from the alcohol, sugar, nicotine, and construction industries account for just 2.1% of our total income. 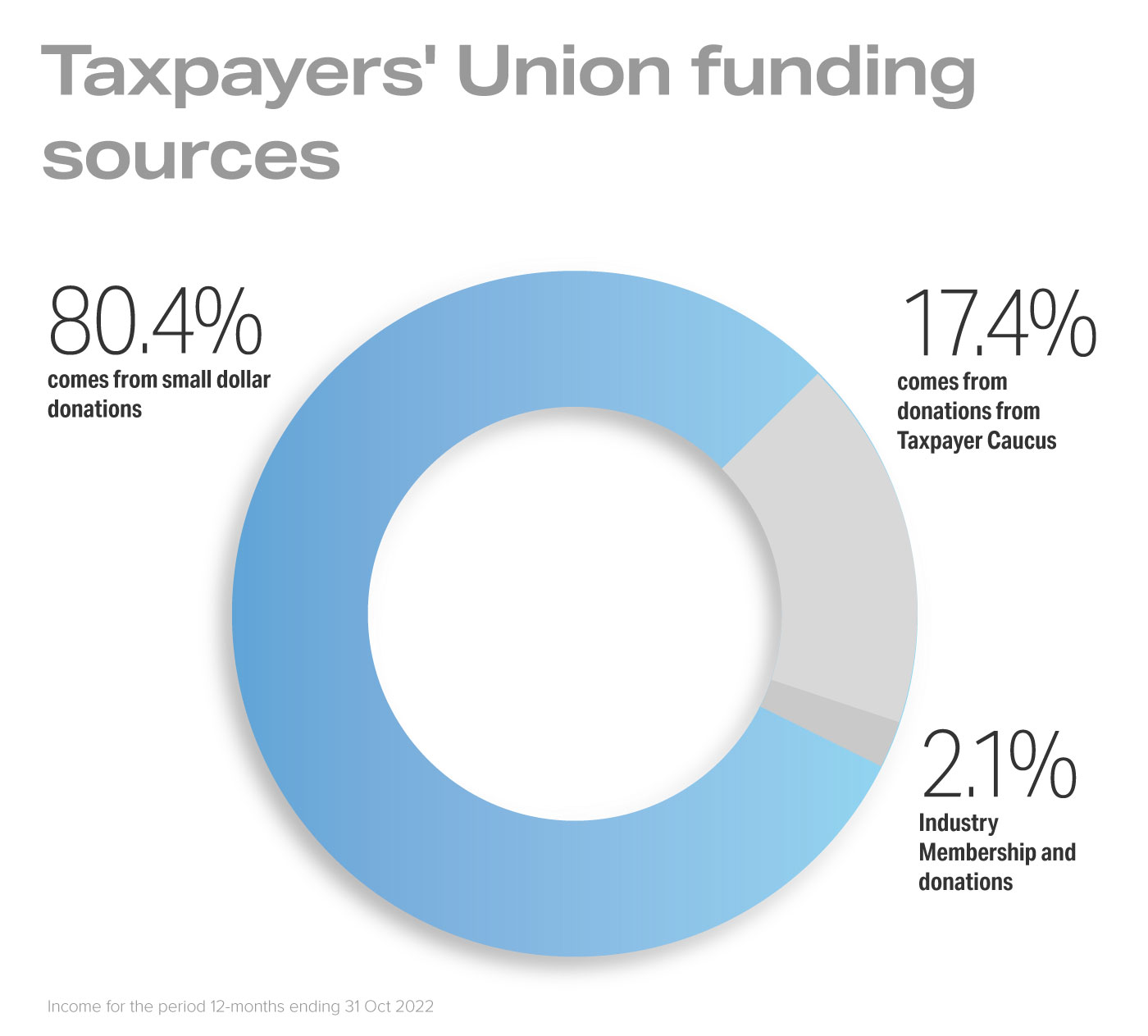 We gratefully accept any legal donations from anyone wishing to support our work, but our policy positions cannot be influenced by donations (for more information see our Donation and Membership Policy).

Respecting the privacy of those who make our work possible

New Zealanders should feel free to donate to political and lobby groups and we respect the privacy of our supporters. That includes:

We don’t comment on the identity of members and donors as we do not have the right to breach their privacy in their choice to give to a worthy cause.

While we must respect their privacy, we encourage all our members and supporters to be vocal about supporting us. After all, we’re proud of what we do, and think our supporters should be too. That’s why you’ll see options on this website to list you as a supporter and share your actions on social media.

Transparency as an organisation

As an incorporated society, we file full financial accounts approved by our members at our annual AGM with the Companies Office. That means we are more transparent about our income and spending than most political parties. In relation to individual donations, we may publicise the identity of donors where they have requested public acknowledgment of their support. 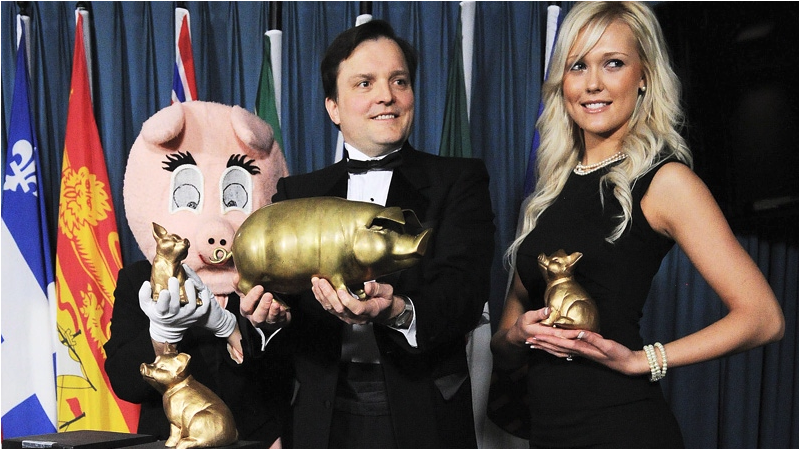 We are not in the business of reinventing the wheel from the bottom of the world. Where it furthers our mission, we will work with likeminded groups to borrow ideas, replicate best practice, or otherwise further the cause of New Zealand taxpayers. For example, our annual Jonesie Awards for Government Waste, which we've hosted at Parliament since 2018, are based on the Canadian Taxpayers' Federation's annual "Teddy Awards" held at the Canadian Parliament in Ottawa (pictured).

While the Taxpayers' Union joins with international think tanks, taxpayer groups, and organisations, the views or research findings of those organisations are not necessary shared or endorsed by the Taxpayers' Union. We often cite the Tax Foundation's Principles of Sound Tax Policy – simplicity, transparency, neutrality, and stability – but we do not necessarily subscribe to all policy positions of the Tax Foundation (our 2018 submission to the Tax Working Group which sets out our views on how to improve New Zealand's tax system is available here).

In addition to the World Taxpayers' Associations, we are proud to be members of the Atlas Network of more than 500 think tanks around the world who share the Atlas Network's vision of a free, prosperous, and peaceful world where the principles of individual liberty, property rights, limited government, and free markets are secured by the rule of law.

The Chair of the Atlas Network's Board of Directors is a New Zealander. On occasion, the Atlas Network has provided support to the Taxpayers' Union, its board/volunteers and staff, particularly with travel grants for professional development, scholarships, and fellowships. In 2018, our Executive Director was a Smith Fellow, one of the hallmark programmes of Atlas Network’s Leadership Academy that brings up-and-coming leaders from around the world to Washington DC, where they receive varied training in marketing, fundraising, management, and other relevant skills needed for getting nascent think tanks off the ground.