A year ago today the Taxpayers’ Union launched with the aim to become a loud voice fighting for lower taxes, less government waste, and to put pressure on politicians to cut corporate and union welfare. Today's anniversary is a good chance to look back on some of the campaign highlights in our first 12 months.

Our first major exposé was Transpower's $1.2 million café on The Terrace in Wellington. The exclusive café meant staff could avoid walking to one of the dozen coffee shops within a few hundred metres of Transpower's office building. Even worse, the money was spent despite Transpower having only 18 months left on its lease!

The Seven Sharp item was the first of what has become regular television coverage of our campaigns. 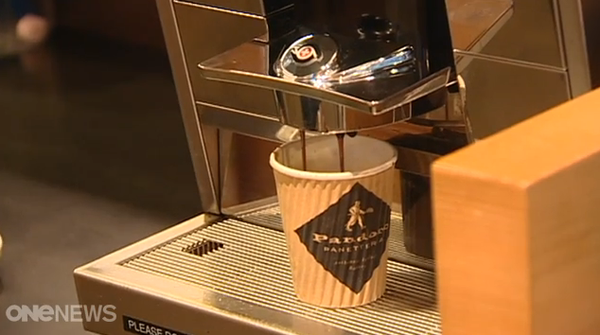 We exposed DOC’s IT screw-ups and staff junkets to Australia (to learn skills not applicable in New Zealand). Our work saw media attention given to the taxpayer funded brochure to explain to elderly how to take a bus and the 1,000 taxi trips taken by health officials to avoid the 500 metre walk between offices.

We’ve held politicians to account, exposing how much hush money taxpayers are forking out when MPs have fallings out with staff, and questioning MPs for charging holidays to the taxpayer.

We stopped the CTU/Business New Zealand 'rort' that had seen $20 million spent on health and safety training that, according to ACC’s own analysis (which we uncovered), wasted 84 cents per dollar spent.

We’ve kept the pressure on local government too – exposing the handshake deals in Dunedin,  Len Brown’s debt problem, Auckland Council’s secretaries with secretaries, the ratepayer funded conference on the practise of multiple sexual relationships, the 100k curtain and Napier’s 'museum of omnishambles'.

We worked with Fairfax media to publish New Zealand's first comprehensive online local government league tables - Ratepayers' Report. It highlighted how our largest city's finances are in poor shape, with Auckland Council carrying more than $15,800 in liabilities per ratepayer.

Our election 'Bribe-O-Meter' armed voters with the facts on how much the party promises would cost taxpayers. Thanks to donations from members and supports just like you, our targeted online advertising meant the figures reached more than 215,000 voters.

Jim Rose's report examining the cost of corporate welfare since 2008 was released earlier this month. Already it's seen Economic Development Minister Steven Joyce on the defensive about the $600-$800 average household annual cost of the government's programmes of corporate welfare. The report includes forewords by Labour MP Stuart Nash, and Auckland Chamber of Commerce CEO Michael Barnett.

But our continued work relies on you...

Only your donations and membership keep us afloat. If you agree our work is valuable please click here to donate now or if you're not already a member click here to join.

Here's to you, for our first year in our campaign for a lower tax burden.