When it was revealed that a Mongrel Mob-affiliated group received $2.75 million to run a meth rehab programme, Taxpayers' Union supporters pitched in to publicise the Prime Minister's dodgy decision with nationwide newspaper ads and promotion of a petition signed by 24,000 New Zealanders. 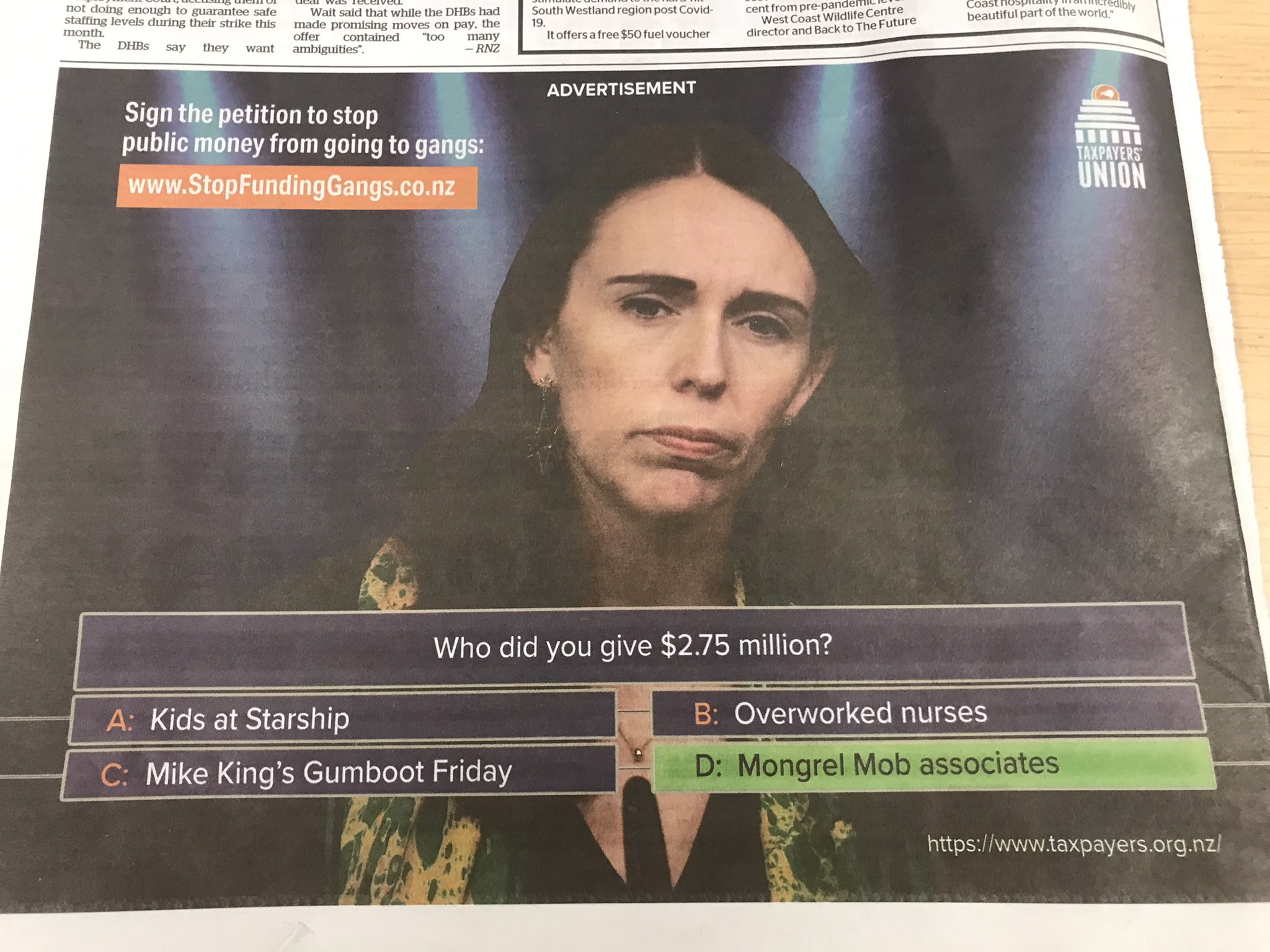 National MP Simeon Brown was paying attention. He submitted a bill to cancel the funding, and this week it was drawn from the Parliamentary members' ballot. This is fantastic news. The Government parties will now be forced to declare with a clear vote whether they believe gangs should be taxpayer-funded.

The timing of the Bill couldn't be worse for the Government.

On Thursday eight people connected to the Mongrel Mob were arrested for selling meth in Hawke's Bay – the same community served by the rehab programme! It's stunning evidence of what we (and frontline police) have been saying all along: the Mongrel Mob profits from meth addiction, and therefore cannot be trusted to profit from the rehab too.

Harry Tam (the patched member who runs the rehab programme) should be hauled before a Parliamentary select committee to explain his relationship with the eight individuals arrested. Can he honestly say he’s not in cahoots with the gangsters slinging meth on his turf? We doubt it.

Government Ministers haven't mentioned their planned $685 million cycle bridge for a while – probably because they know it's turned into a political disaster.

59,000 New Zealanders signed our petition against the bridge, and many of our supporters like you chipped in to fund ads like the one above to expose the Government's misplaced spending priorities.

Thanks to the petition efforts, on Thursday MPs on Parliament's Petitions Committee were forced to consider the issue. I was given the opportunity to brief them on the many reasons why this project should be dumped. 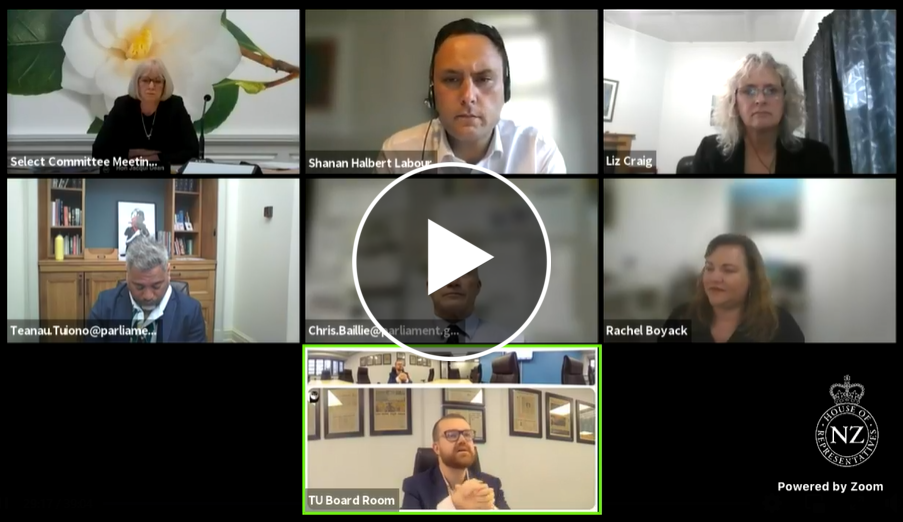 Click here to watch my presentation.
(Skip forward to the 25:50 mark)

I summarised the problem with this point: shovels aren't even in the ground, and yet the proposal has already seen four massive budget blowouts. Just how much are we willing to waste on this project? $1 billion? $5 billion? When does it stop?

The response from the Green MP on the Committee: "You just don't like cyclists."

There's no winning with some people. 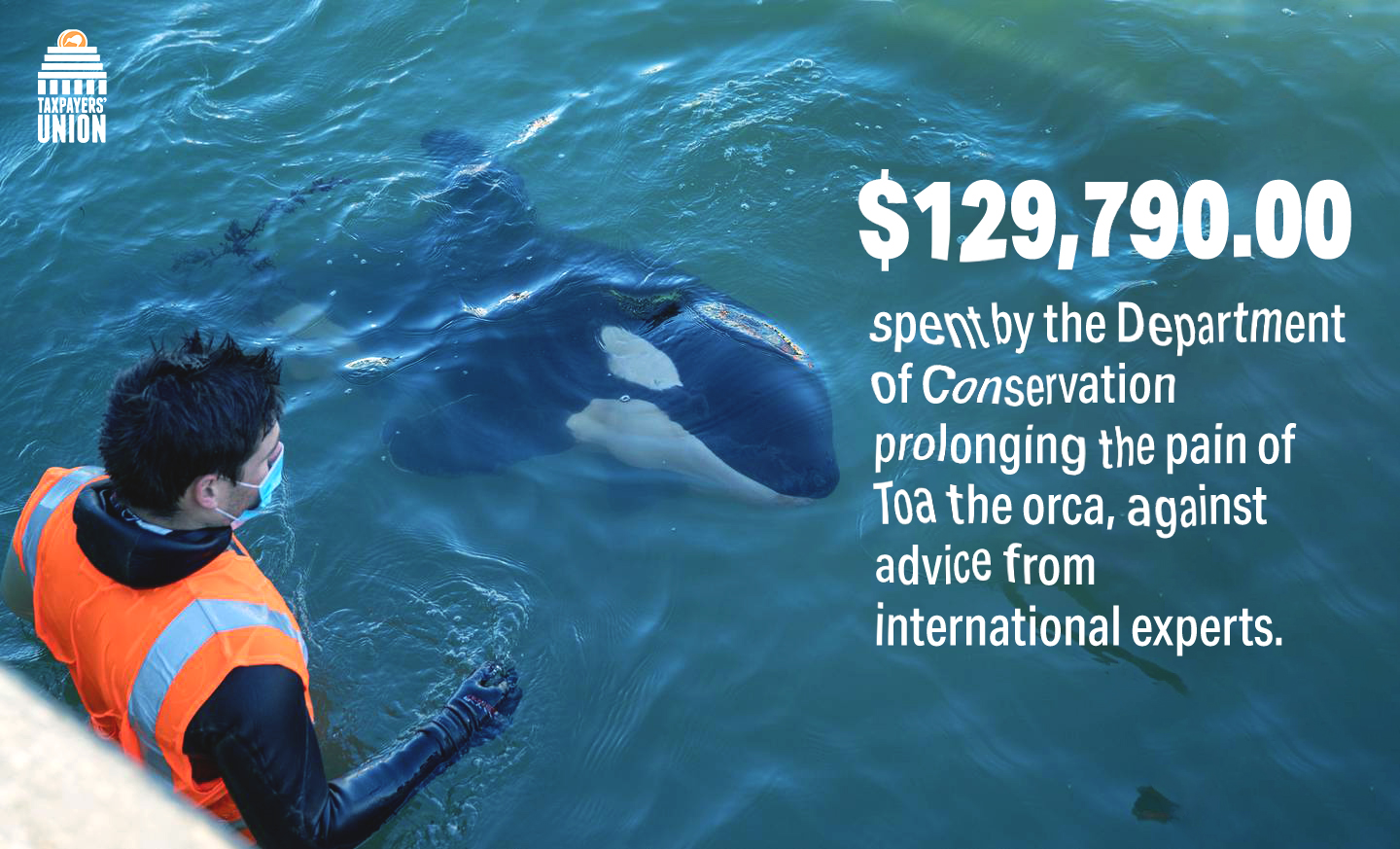 After exposing the debacle involving DOC, Te Papa, a chartered helicopter and a funeral for a turtle, we decided it was worth asking for details of DOC's intervention around Toa, the baby orca that died after 12 days in confinement.

A full cost breakdown and stacks of internal correspondence have now been released. I sifted through the material personally and was shocked by what I found.

In short: DOC received advice from international orca experts that Toa couldn't survive in the wild, and that euthanasia was the most humane option. But the Department ignored the advice specifically citing interest from media, iwi, and politicians. That meant Toa died a slow, painful, and inevitable death.

This is a sad story that reflects badly on DOC. 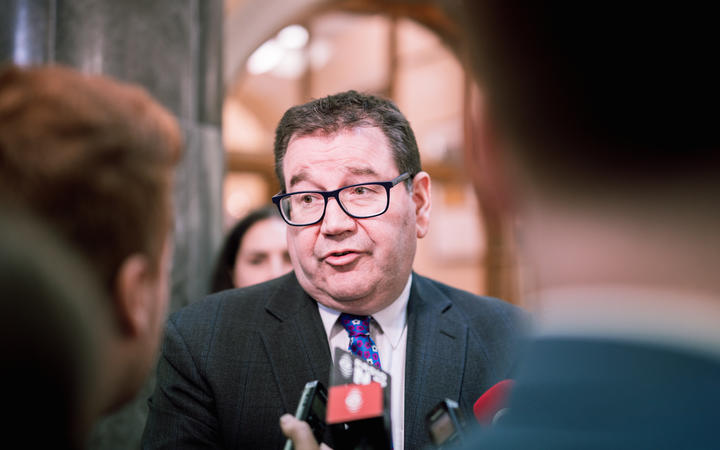 As we warned at the beginning of the Delta outbreak, Grant Robertson has now officially depleted his $50 billion COVID-19 response fund, and has now topped it up with another $7 billion in borrowed money.

On social media and in our communications to journalists we have been aggressively exposing examples of how the Government raided the COVID-19 response fund for political purposes.

The message is getting through. Take a look at this piece from Jason Walls of Newstalk ZB: Not a single cent more for podcasts, poetry and picture books in the name of ‘Covid recovery’

Billions and billions of dollars have been spent on projects that don’t come close to a semblance of sensible spending, let alone meeting the threshold for Covid Recovery.

Take the $18,000 for writing poetry that “explores indigeneity and love in the time of climate change,” for example.
...
Some $26.7 million was spent on cameras on fishing boats, in the name of Covid recovery.

There was also $200m for the construction of a new building at the University of Auckland.

And a whopping $1.22 billion was spent on the jobs for nature scheme – as a little perspective, that’s enough to buy roughly 1000 houses in Auckland.

If these examples seem familiar, it's likely because we were the ones to publicise them. The Opposition parties are now regularly citing our examples of waste, and it's getting under the skin of the governing parties.

In Question Time, Judith Collins asked the Prime Minister what $26,000 on a novel about alpaca breeders has to do with COVID-19. That was an example we highlighted from Creative NZ's $374 million COVID response package.

The Prime Minister waffled on about live arts performances being affected by COVID. I'm not sure what that has to do with an alpaca novel. But the interesting part was when her old friend James Shaw jumped in to take a dig at your humble Taxpayers' Union.

You can watch the exchange in Parliament here, at the 3:00 mark. 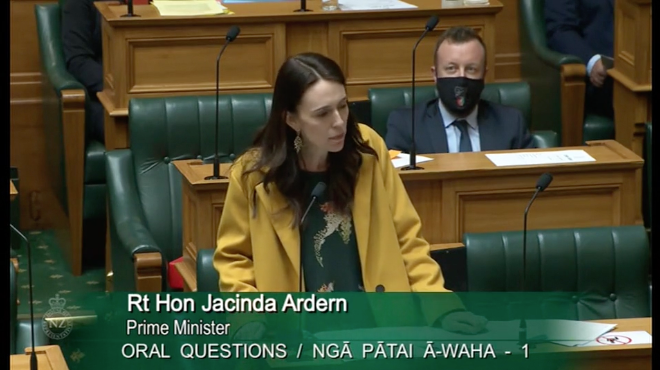 The Government knows that the reason it's under pressure for its spending is us. And we are only able to sustain this pressure thanks to New Zealanders like you who support us to make this work possible.

Would you trust a Government-funded journalist? 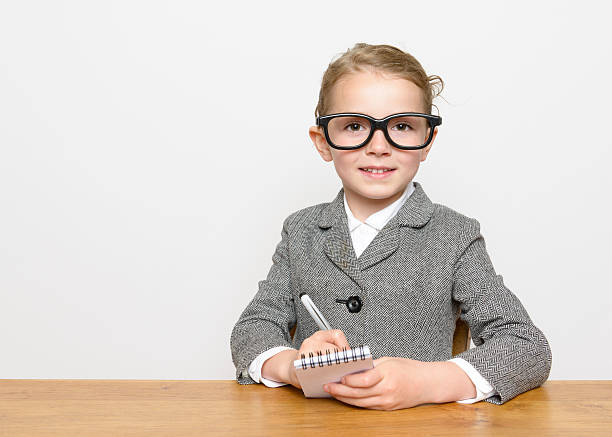 NZ on Air has announced grants for 110 new taxpayer-funded journalists.

For example, The Spinoff gets $427,800 of taxpayer money for two new journalists for two years. Stuff gets an incredible 20 new journalists, costing taxpayers $2.8 million!

At what point does the "Public Interest Journalism" fund begin to undermine the media's independence? Will articles written by these journalists include disclaimer statements?

If you're worried about the independence of our media, I strongly recommend you read this eye-opening piece by Graham Adams.

Mr Adams is a highly experienced journalist, and he released this article free for syndication – but no media outlets were interested in publishing it! I wonder why... 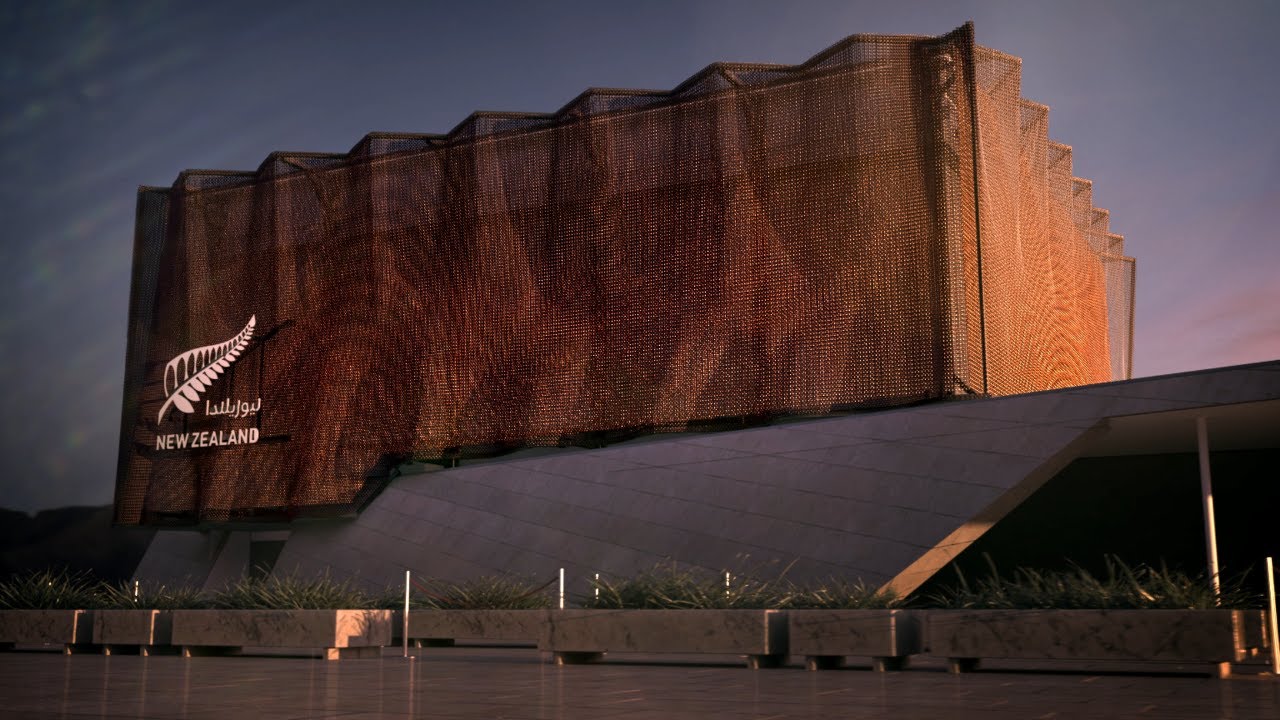 New Zealand Trade and Enterprise has unveiled its $62 million pavilion set up for this year's trade expo in Dubai.

The whole thing is a crass extravagance. Tens of thousands of Kiwis are stuck overseas, fighting for limited MIQ spots, while 400 bureaucrats, a few business people, and bands of entertainers get to skip the queue for the sake of a glorified convention.

Reportedly, some MPs plan on attending the expo. If they know what’s good for them, they’ll skip it. No one wants to see photos of Kelvin Davis greasing up Arabian princes. 👀

Spending tens of millions to have bureaucrats brown-nose billionaires sends the completely wrong signal about our business culture. New Zealanders take pride in having a fair go – that means getting ahead with hard work, not by hobnobbing with politicians and regulators.

(National shares the blame here for choosing to join the expo back in 2016.)

If the Government wants to woo international business, it should do so by removing regulatory barriers or winding back our 28 percent corporate tax rate – one of the highest in the developed world. 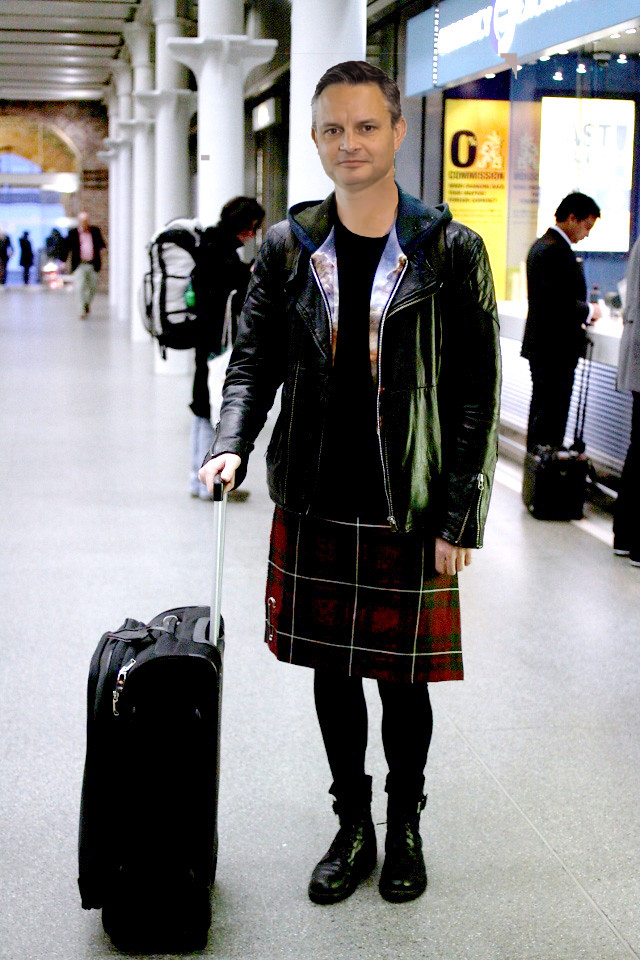 In a perfect world, extended disruption to international travel would have taught our politicians how to live without indulgent junkets. But James Shaw appears determined to make up for lost air miles: he's not just jetting to climate talks in Glasgow, he's bringing a contingent of 14 staff with him!

Shaw and eight of the staff will get special MIQ slots on their way home. This is becoming a bit of a theme, isn't it?

The Minister’s plan to burn jet fuel and taxpayer money is offensive on multiple levels. It’s a slap in the face to Kiwis queuing for limited MIQ spaces. It makes a joke of public health guidelines against unnecessary travel. It’s a clear case of climate change hypocrisy. And it’s an insult to taxpayers who have made financial sacrifices during a pandemic.

We fund Oranga Tamariki to ensure the best possible outcomes for vulnerable children. But all too often, the agency is putting cultural dogma ahead of kids' needs. That's the theme of a recent column by Taxpayers' Union member Damien Grant published in Stuff in the Sunday Star-Times. 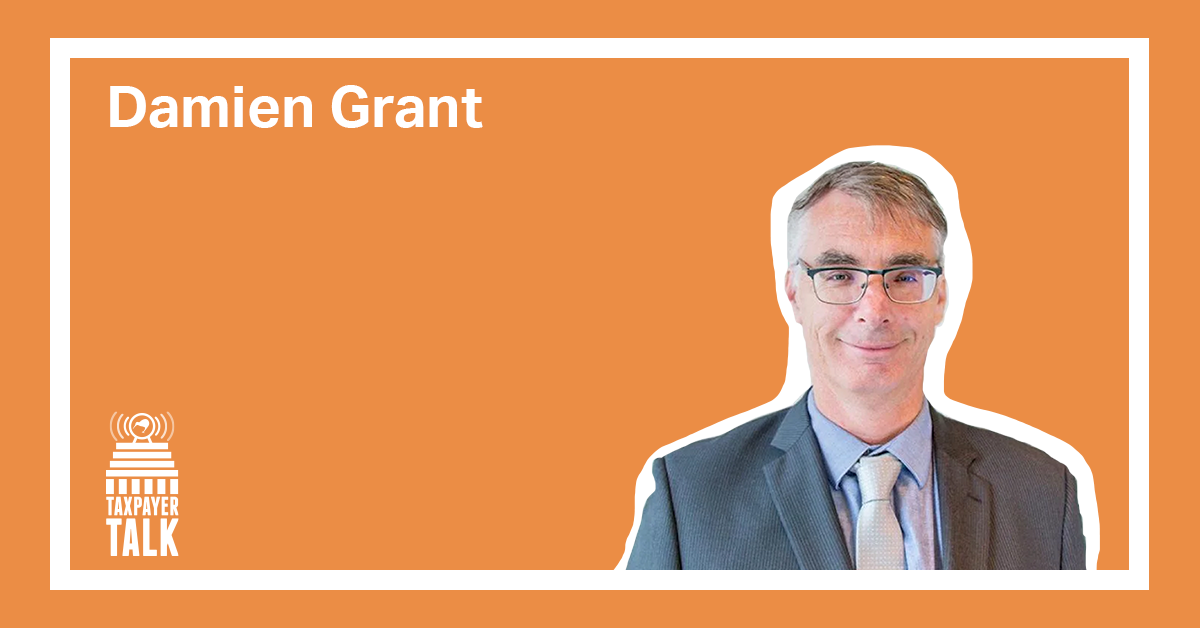 Damien joined our Executive Director Jordan Williams on the Taxpayer Talk podcast to discuss the tragic case of a girl named Moana, Oranga Tamariki's ideology, judicial interference by a Government chief executive, and the concerning silence from legal watchdogs.

You can subscribe to Taxpayer Talk via Apple Podcasts, Spotify, Google Podcasts, iHeart Radio and wherever good podcasts are sold.

Indian Newslink  WHO and global foundations accused of harmful interference

RNZ  The Panel with Sue Kedgley and Neil Miller

NZ Herald  Claire Trevett: A Simon Bridges, Judith Collins, National Party coup - whose terms would it be on?

Gisborne Herald  Is the end nigh for Judith Collins?

NZ Herald  On the tiles: National’s pollster David Farrar on what the party needs to do

Kiwiblog  A curia poll the media have overlooked

Newsroom  Collins is the master of her own death spiral

RNZ  Calls for pension extension for those stuck in Australia

NewstalkZB  David Seymour: There is a growing appetite for change in Government

Politik  Is Bridges the answer?