There and back again: taxpayers shell out for epic turtle journey 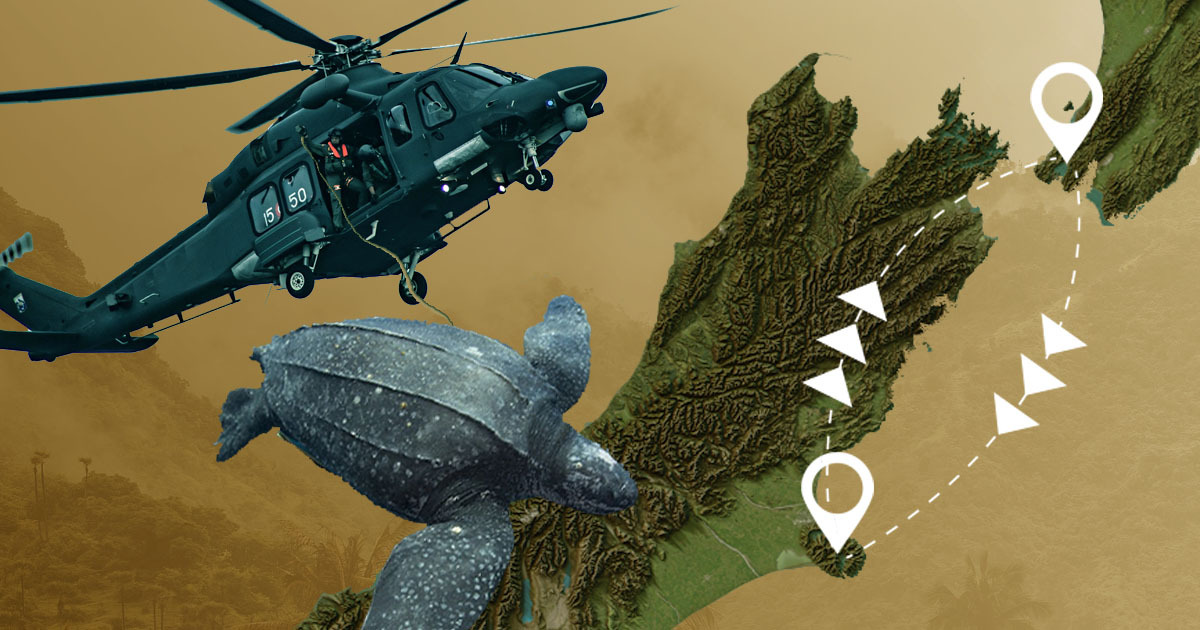 Taxpayers shelled out thousands of dollars transporting a dead turtle from Banks Peninsula to Wellington, storing it in a freezer for 21 months, then sending it back down to where it washed up for a high-powered and fully-catered powhiri, complete with a helicopter ride and a handmade coffin constructed by public servants. No scientific research was performed at any stage.

Based on responses to several Official Information Act requests, plus earlier media reports, the Taxpayers' Union can set out the timeline:

Union spokesperson Louis Houlbrooke says, "The total cost to taxpayers for Michelangelo's eventful afterlife is difficult to quantify, but we would place it in the tens of thousands. Te Papa and DOC's total reported expenses were $11,742.31, but that excludes the time cost for high-level salaried staff."

"Te Papa was prepared to obtain this turtle for research on a rare species. That is valid. Koukourārata, who had expressed no interest when the turtle first washed up, suddenly wanted it back and intact. The result was a truly bizarre odyssey that saw a dead turtle travel by land, sea, and air, before ultimately being buried by public servants on a hilltop."

"After thousands of dollars and 21 months of fuss, the turtle ends up right back where it started, providing no scientific insights. In fact, Te Papa told us over the phone that they couldn't even verify whether the turtle was male or female. What a waste. Such a majestic creature deserved far better than to wait 21 months in a freezer while bureaucrats negotiated a protracted repatriation mission that would make the Ministry of Foreign Affairs blush."

"We have to give some credit to Te Papa and DOC for their thorough answers to our questions. We get the sense they're proud of the enormous time, attention, and staff hours they've devoted to Michelangelo's odyssey. Unfortunately, they've tarnished the turtle's legacy with this epic saga of government waste." 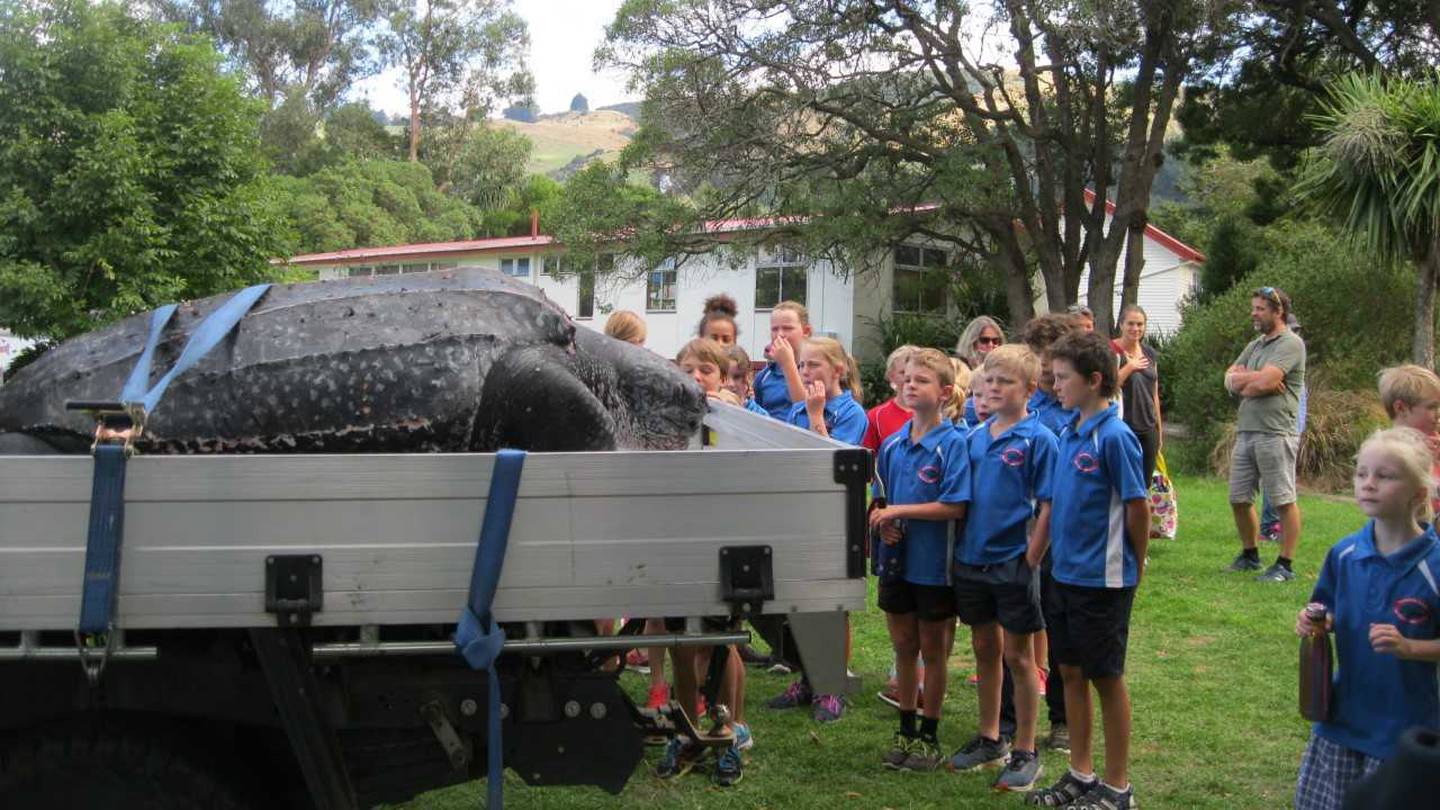 Primary school children in Banks Peninsula observe the turtle. One appears to be holding her nose. (Source: Stuff) 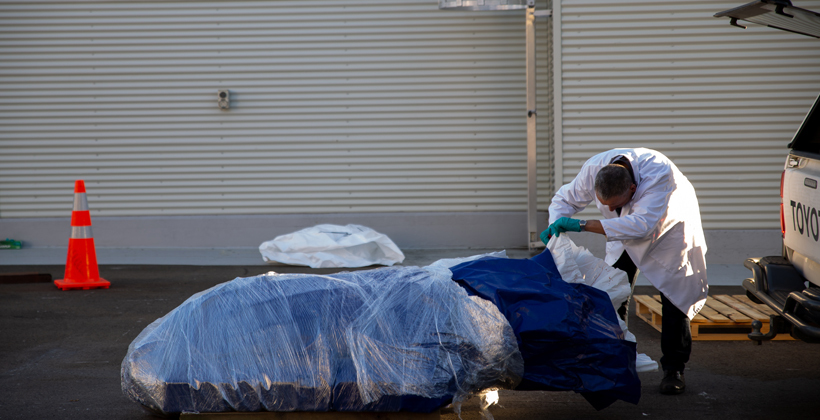 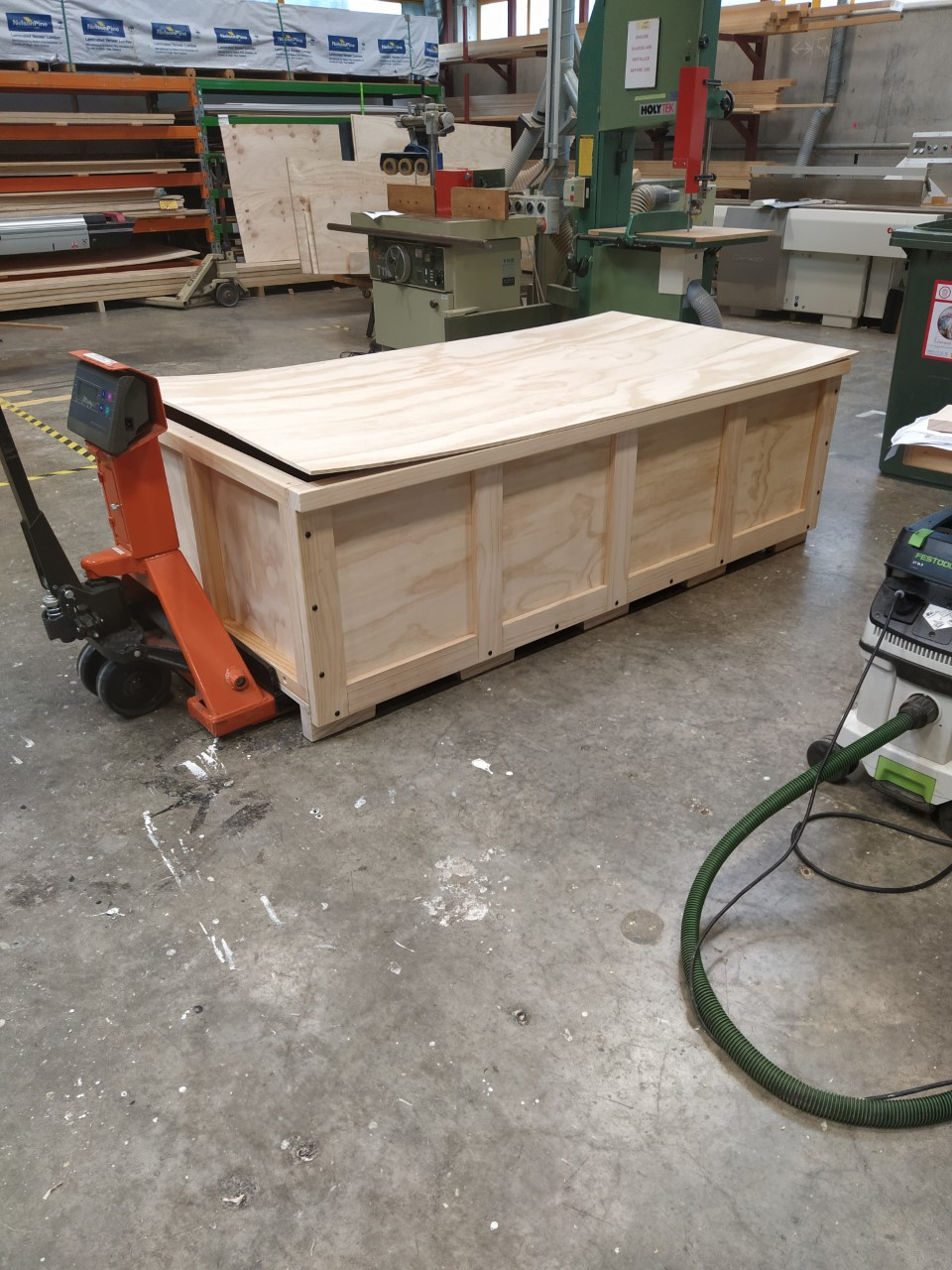 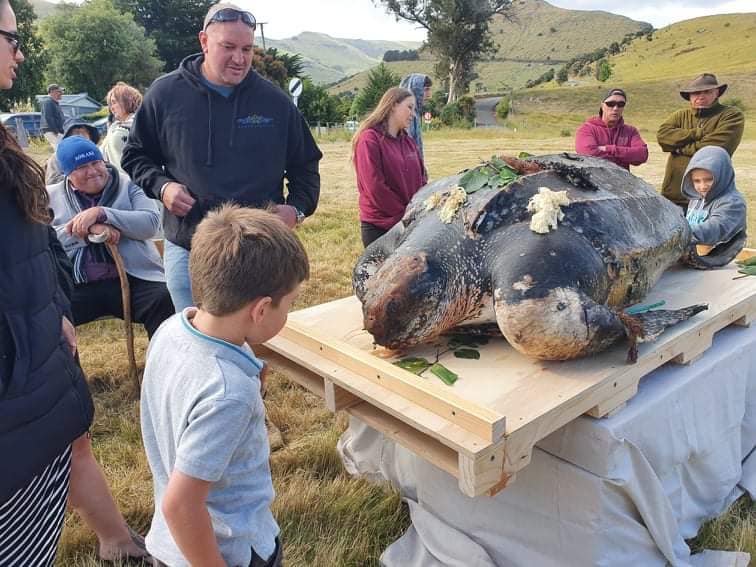 The turtle is placed on an altar upon its return to Bank Peninsula (Source: Facebook) 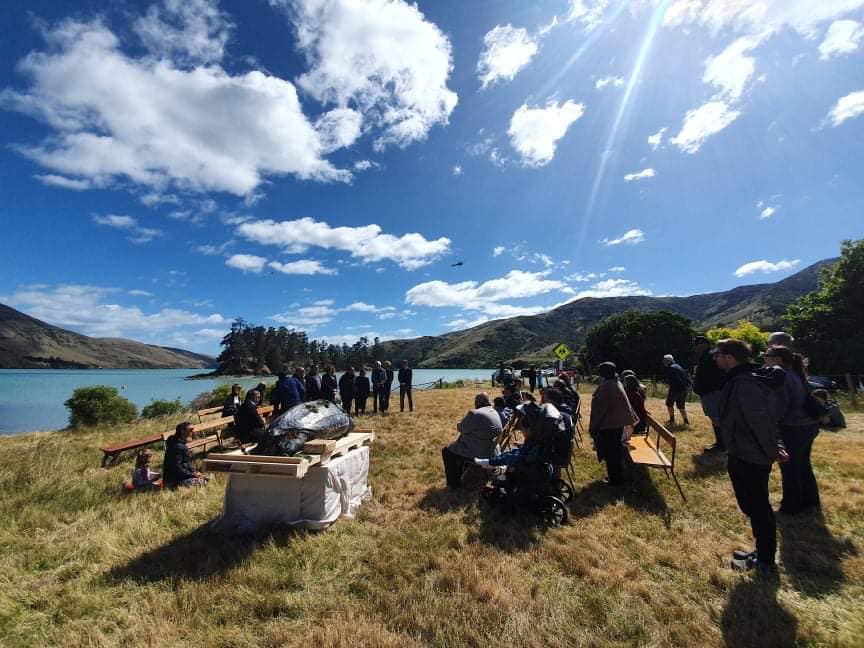 Mourners from Koukourārata and Te Papa eulogise the turtle while a helicopter approaches. 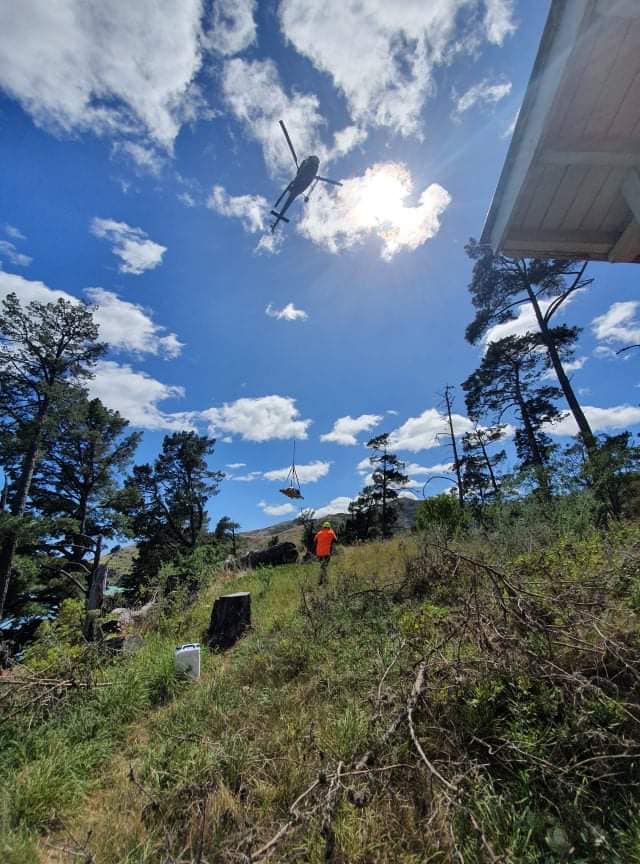 The turtle is flown to its hilltop burial site. 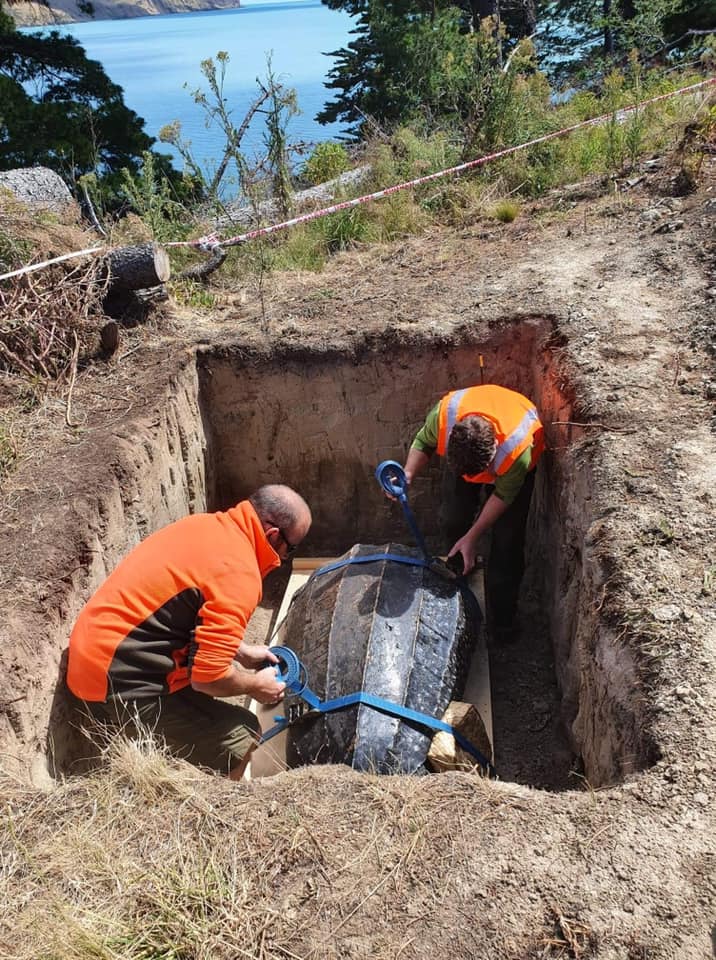 The turtle is buried high above its preferred habitat.