Following Thursday’s surprise announcement by Jacinda Ardern that she will be stepping down as Labour Party leader, the Taxpayers’ Union commissioned a snap poll asking a thousand New Zealanders who should take over as Prime Minister and whether leading candidates will make voters more or less likely to vote Labour in this year’s election. 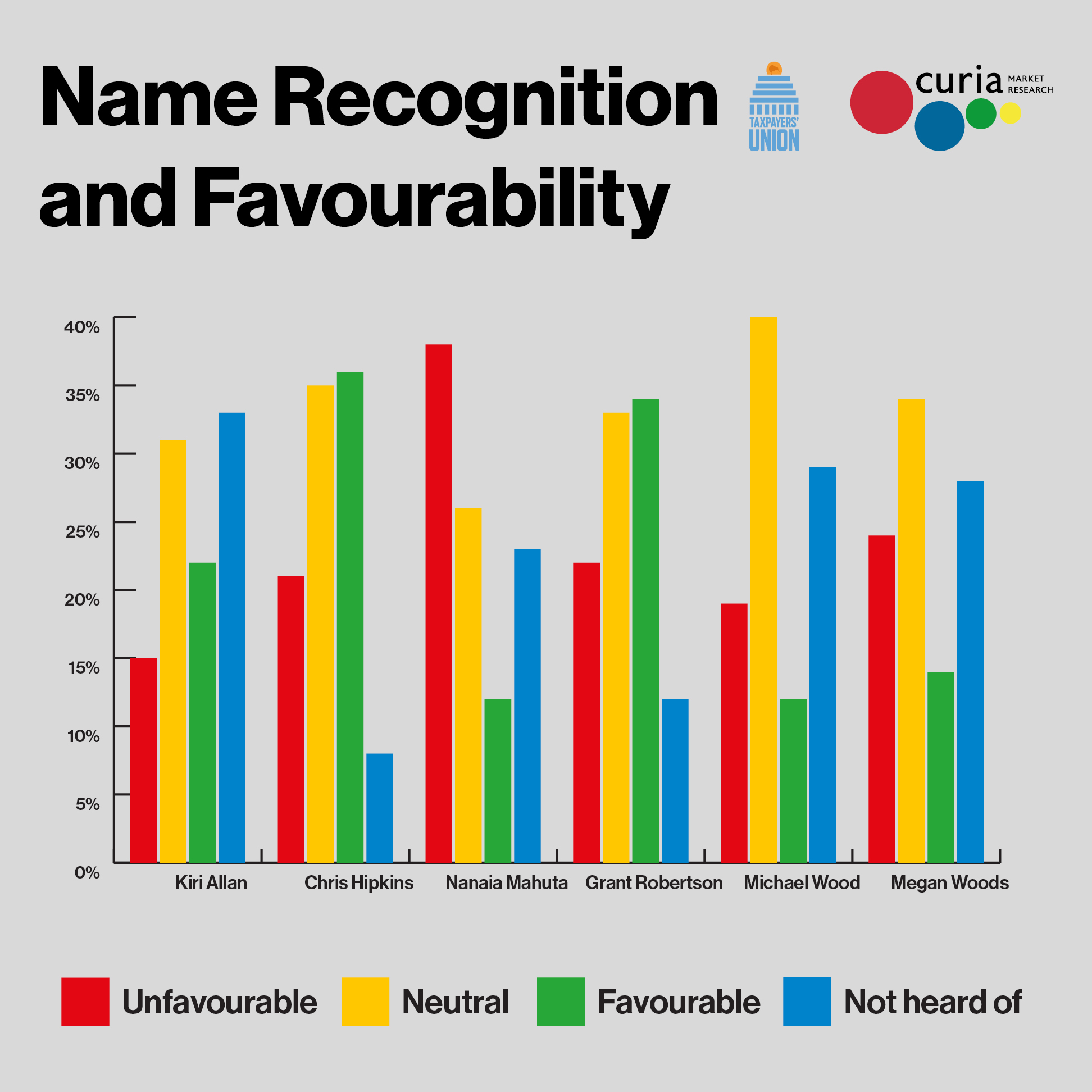 The percentage of participants who had heard of the following potential Labour leadership candidates: 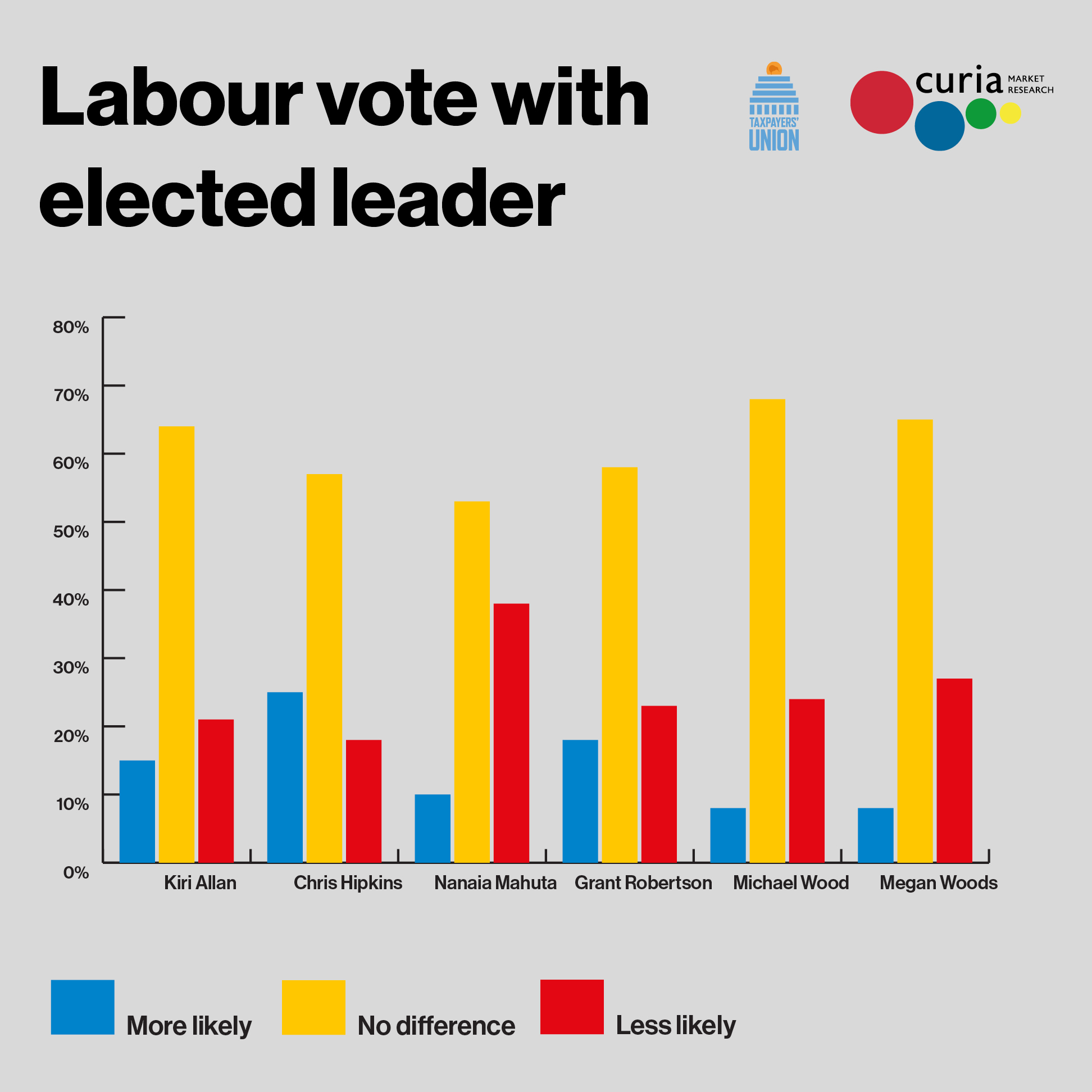 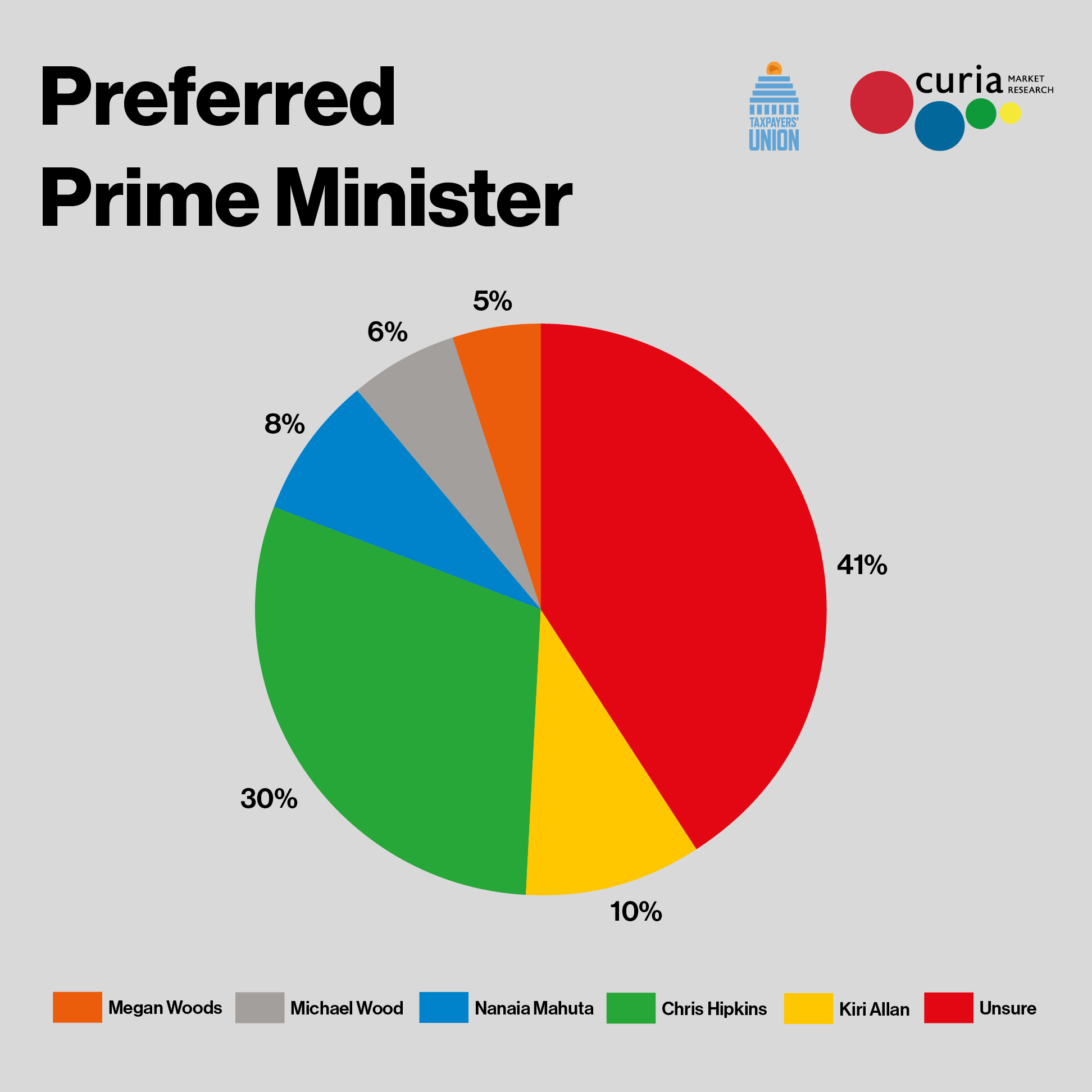 Who should lead Labour?

Overall, when participants were asked who they want to replace Jacinda Ardern, 30% said Chris Hipkins followed by Kiri Allan on 10% with Nanaia Mahuta on 8%, Michael Wood on 6% and Megan Woods on 5%. 41% of respondents were unsure. 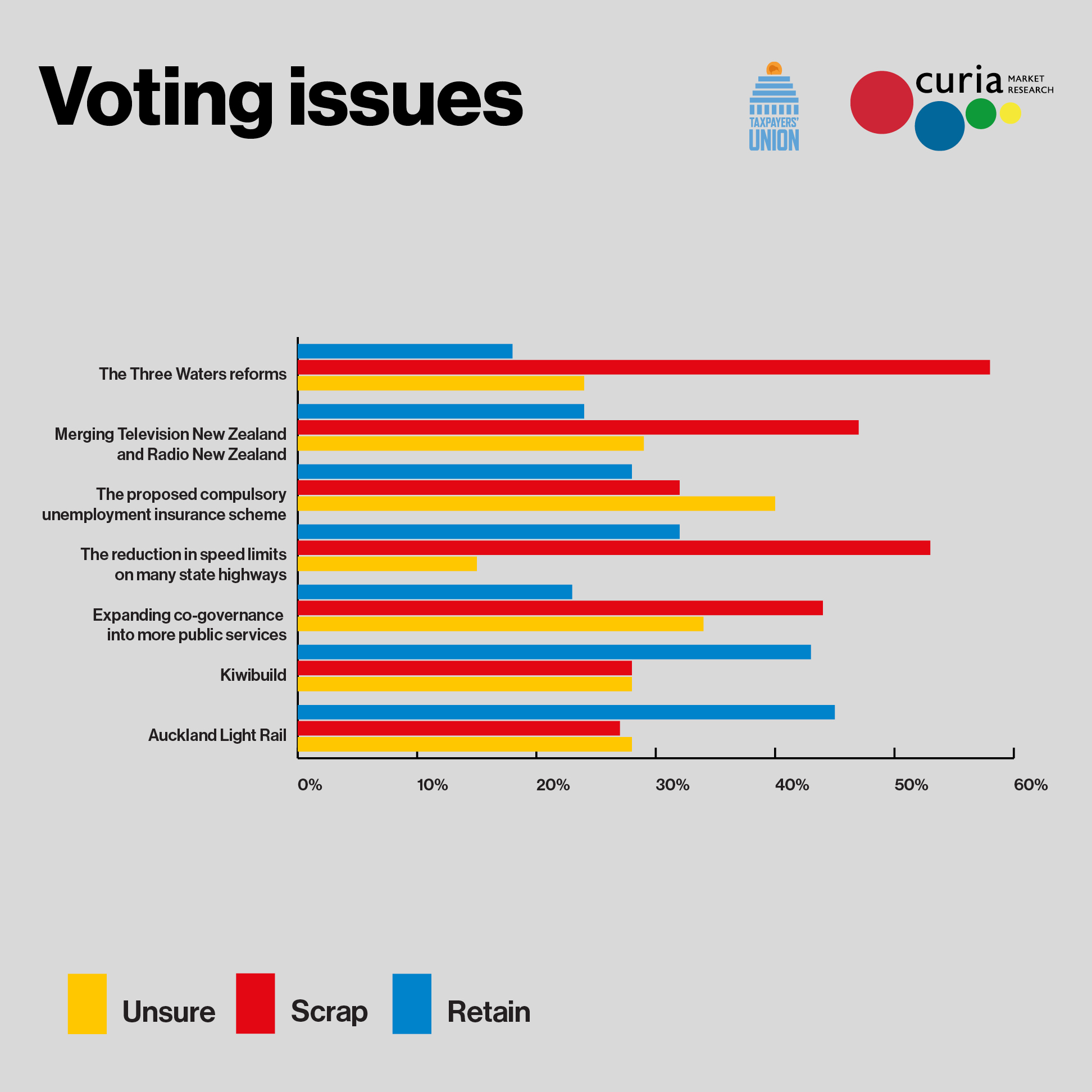 The poll also asked whether the new leader should retain or scrap signature policies of Jacinda Ardern's Government such as Three Waters, KiwiBuild, and merging TVNZ and RNZ.  The net retain score (percentage of people favouring retention of the policy minus percentage of those favouring scrapping the policy) for each policy is:

The full polling report includes breakdowns by gender, age, geographic area, and party vote at the last election. You can download it here.

The Taxpayers’ Union – Curia Poll was conducted from Thursday 19 to Friday 20 January 2023. The median response was collected on Friday 20 January 2023. The sample was a random selection 1,000 eligible New Zealand voters from an online panel. The results are weighted to reflect the overall voting adult population in terms of gender, age, and area. Based on this sample of 1,000 respondents, the maximum sampling error (for a result of 50%) is +/- 3.1%, at the 95% confidence level. Results for sub-groups such as age and area will have a much higher margin of error and not seen as precise.

This poll should be formally referred to as the 'Taxpayers’ Union – Curia Labour Party Leadership Snap Poll'.