Shadbolt knocked off perch: new winner in race to buy most expensive vehicle in local government 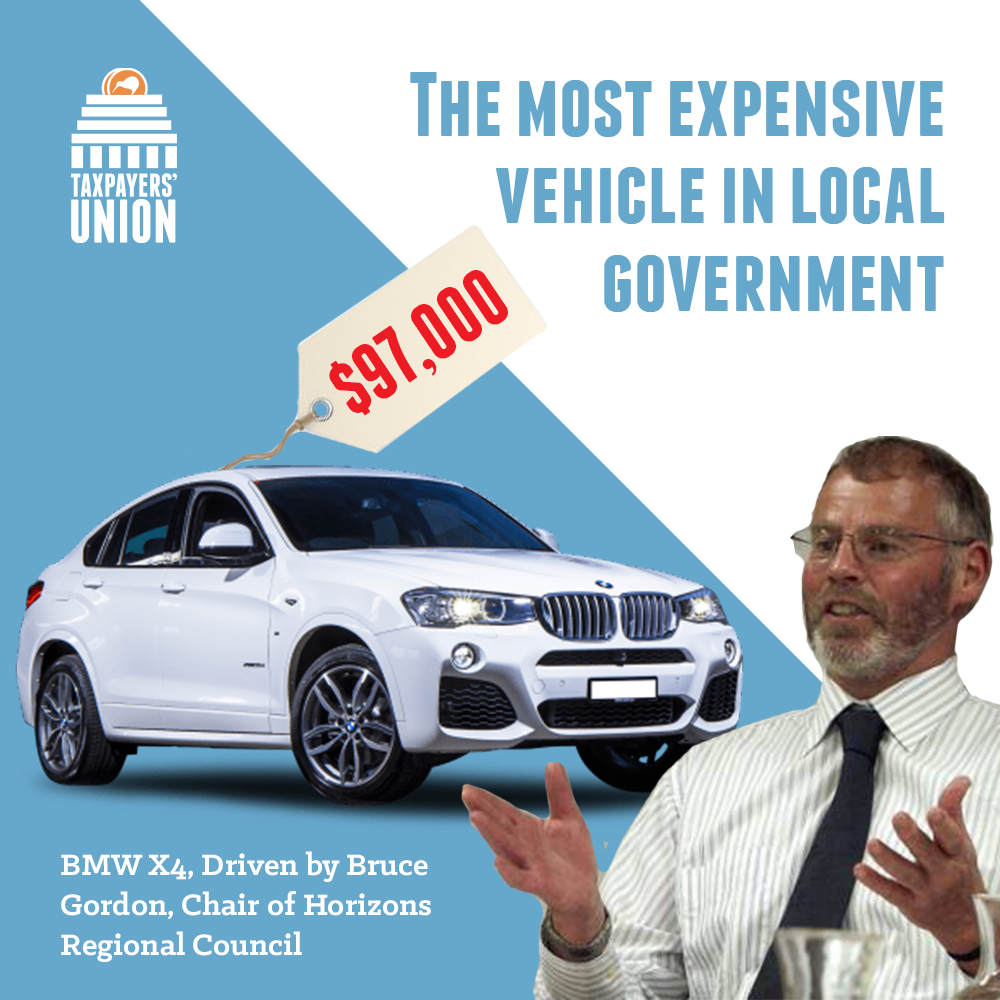 The Taxpayers’ Union can reveal that Horizons Regional Council Chairman Bruce Gordon cost ratepayers $97,000 with the most expensive vehicle for a local government elected representative – a swanky BMW X4.

The Union asked every council in the country for expenses associated with their vehicles. The full spreadsheet of expenses is available here.

A week ago, we identified the most expensive mayoral vehicle in the country, that of Invercargill Mayor, Tim Shadbolt. But we have now looked at vehicles for chairs of regional councils, and discovered that Horizons Regional Council Chairman Bruce Gordon manages to make Mayor Shadbolt look frugal.

Bruce Gordon is someone most people, even in Manawatu, probably haven’t heard of. It is a disgraceful sense of entitlement that he sees fit to have the most expensive vehicle of any elected local official in New Zealand.

Maybe, when the Council purchased the $97,000 BMW X4, they thought this kind of luxury was the norm. It’s not – the cost of Mr Gordon’s vehicle sticks out like a sore thumb, making other council chairs and even the most extravagant mayors look frugal.

Mr Gordon risks giving ratepayers in Manawatu-Wanganui the impression that their money is taken for private luxuries instead of essential services.