Report: Productivity in the Health Sector: Issues and Pressures 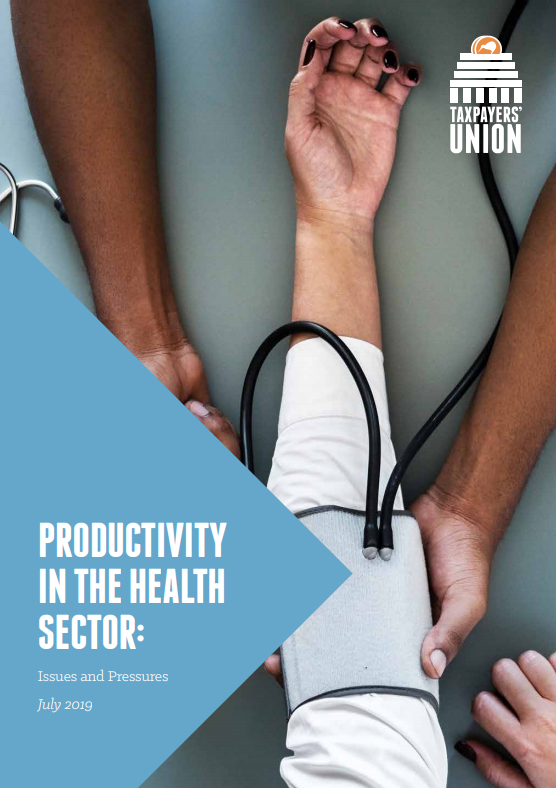 With health spending as a percentage of the economy expected to increase more than 50 percent between now and 2060, the Government needs to put greater focus on efficiency, says the New Zealand Taxpayers’ Union.

Our latest report Productivity in the Health Sector: Issues and Pressures investigates the recent failure to achieve efficiencies in the health sector and offers some possible opportunities for reform. According to Treasury forecasts, debt is expected to hit 205.8% of GDP if we don’t make changes to superannuation or health spending – unsustainable if we want the Government to continue funding public services as current levels.

However, while superannuation receives a lot of attention from politicians, health spending is actually expected to grow at a faster pace – nearly ten cents in every dollar in the economy will be devoted to health spending by 2060. If we can reduce that spending by achieving efficiencies across the sector, public debt will be much more manageable for taxpayers.

Our report argues that the best approach for reform is in line with OECD recommendations: the Government should not up-end the entire sector, or introduce American-style private markets, but instead seek to introduce incremental reforms that deliver better returns for every dollar the taxpayer spends. In each of the next three weeks, we will be releasing an issues paper focusing on wasteful spending at DHBs – eliminating those instances of waste would ensure funding could go to more surgeries and better care for those that need it.

Further to this report, the Taxpayers’ Union will release three briefing papers containing original research on areas of waste in the health system.