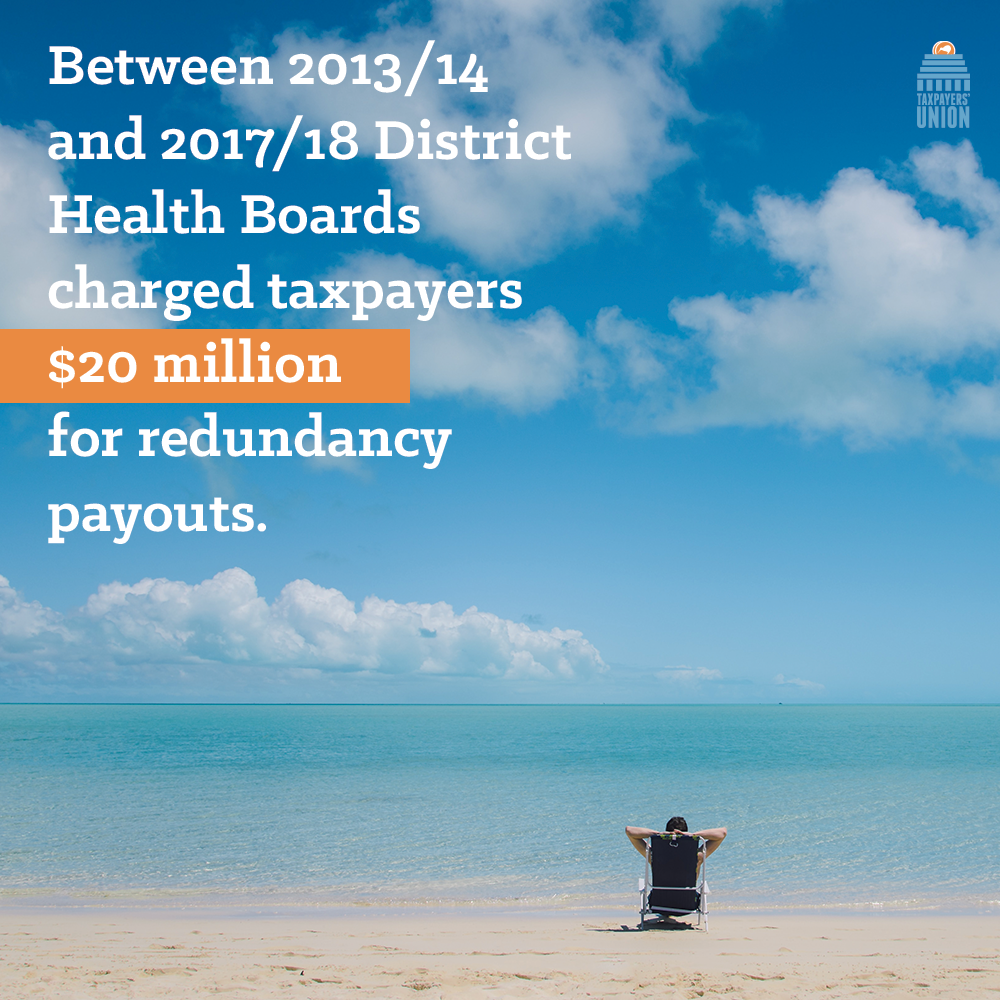 Some redundancy payments are inevitable, but spending an average of $26,800 on 758 payments is a poor use of money. DHBs should be prioritising patient care and services, not golden handshakes to staff who are being let go.

Huge variance in the size of payments between DHBs should ring alarm bells. Waikato DHB, which has since had its board sacked, had the highest average redundancy payment of $47,800. In contrast, while South Canterbury DHB made more than 100 payments in five years, the average payment was only just over $10,000.

There’s no right way to manage redundancy payments – sometimes letting staff go is the efficient option – but DHBs should be careful to keep their average payments low so funding is going to patient care.

This information, obtained under the Official Information Act, has been released as the second of three briefing papers on healthcare productivity. The first briefing paper can be viewed here, along with the introductory report, Productivity in the Health Sector: Issues and Pressures.