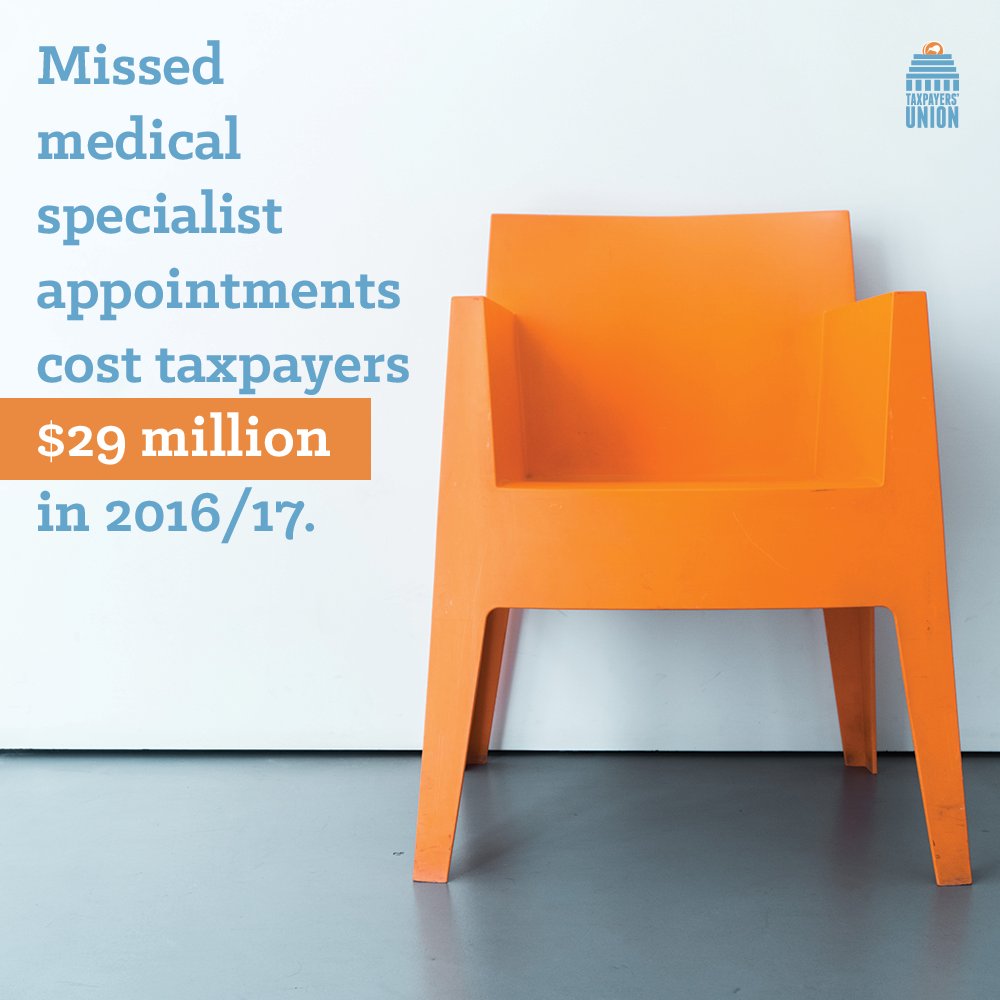 District Health Boards need to become more efficient if we expect to keep healthcare costs manageable in response to an aging population. Tackling the $29 million annual spend on missed specialist appointments would be one way to meet that goal.

Some DHBs are worse than others: Counties Manakau, Waikato, Lakes District and Auckland each have missed specialist appointment rates above 10 percent. In contrast, South Canterbury DHB has an admirable 2.5 percent missed appointment rate.

DHBs need to work harder to reduce rates of missed specialist appointments. When patients miss an appointment, they contribute to a clogged health system and impose higher costs on taxpayers – in part contributing to the accelerating health costs demonstrated in our recent report Productivity In The Health Sector: Issues And Pressures.

Figures for DHBs across the country were obtained under the Official Information Act and have been released by the Union in a new briefing paper, the first in a series of three papers on healthcare productivity. The Union can provide raw figures for interested media.