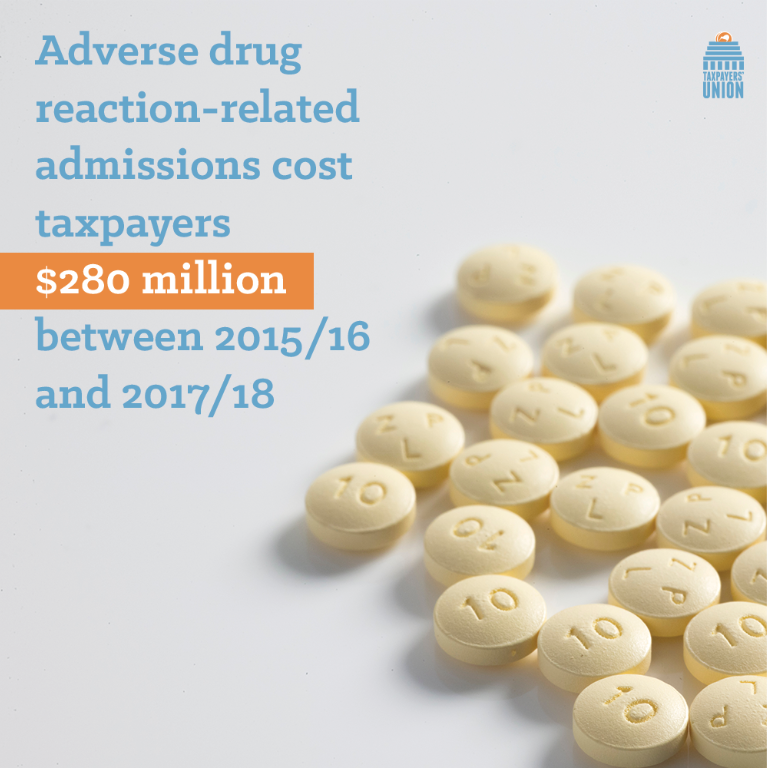 It’s seriously concerning that taxpayers spent $280 million in three years dealing with botched prescriptions and incorrect use of medication. That’s the equivalent of 10 flag referendums, or $150 per household. DHBs need more discipline in setting and meeting targets to ensure drugs are correctly prescribed and patients understand how and when their prescriptions.

This problem needs to be addressed not just for the sake of patients, but for taxpayers who are forecast to be absolutely hammered by rising demands on healthcare services.

Some DHBs are much worse than others. Canterbury DHB alone spent $60 million treating those with adverse drug reactions across the three year period. Waikato DHB spent nearly $40 million.

The information was obtained under the Official Information Act and has been released as part of a serious of briefing papers, linked here.