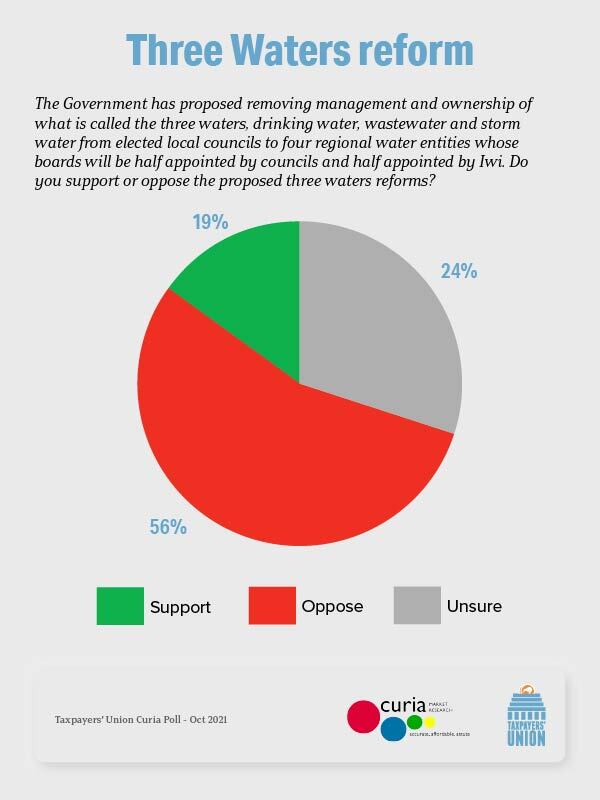 Newly-released data from the Taxpayers’ Union Curia Poll reveals opposition to the Government’s Three Waters reform plans outweighs support by three to one.

The poll of 1,000 New Zealanders reveals 56% oppose the reforms, with just 19% in support. 24% are unsure. The full polling report is available here.

Opposition outweighs support among supporters of every significant political party. Labour supporters oppose the policy at a rate of 39%, versus 28% in support and 34% unsure. 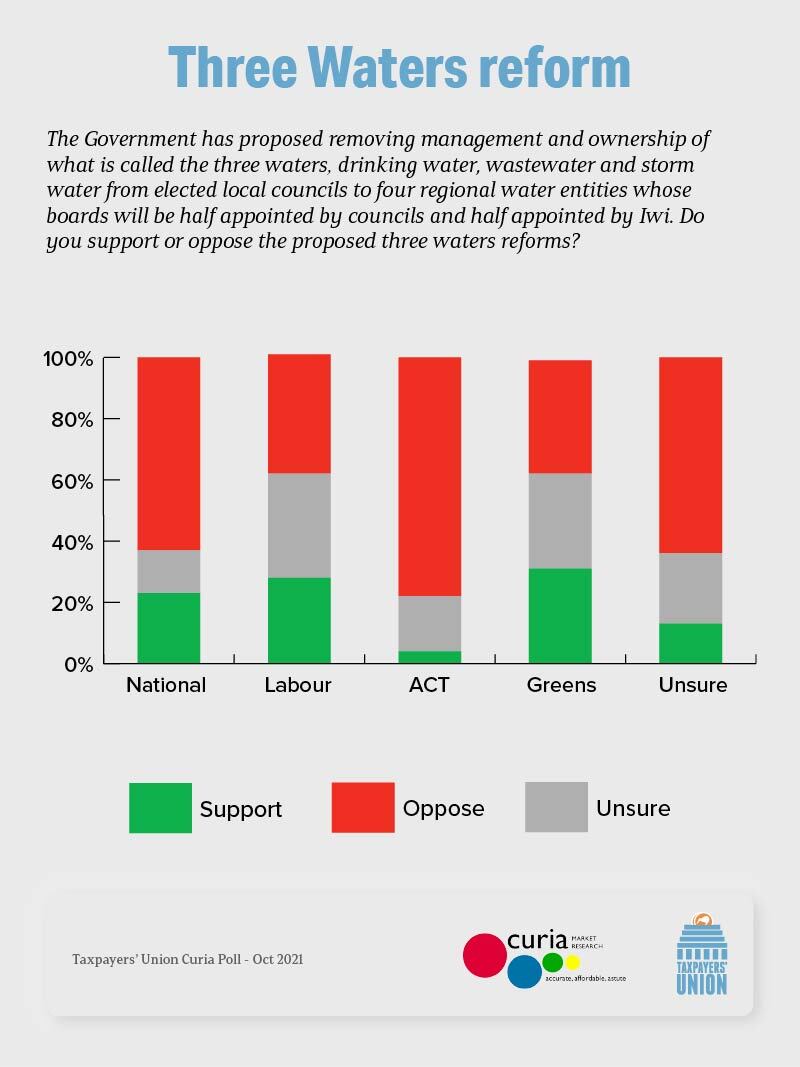 Opposition outweighs support across every age group, and is especially strong among older New Zealanders who are more likely to pay rates.

Wellington has the lowest rate of opposition to the reforms, but even there opposition outweighs support, with the largest grouping being unsure. Opposition is highest in small towns and rural areas. 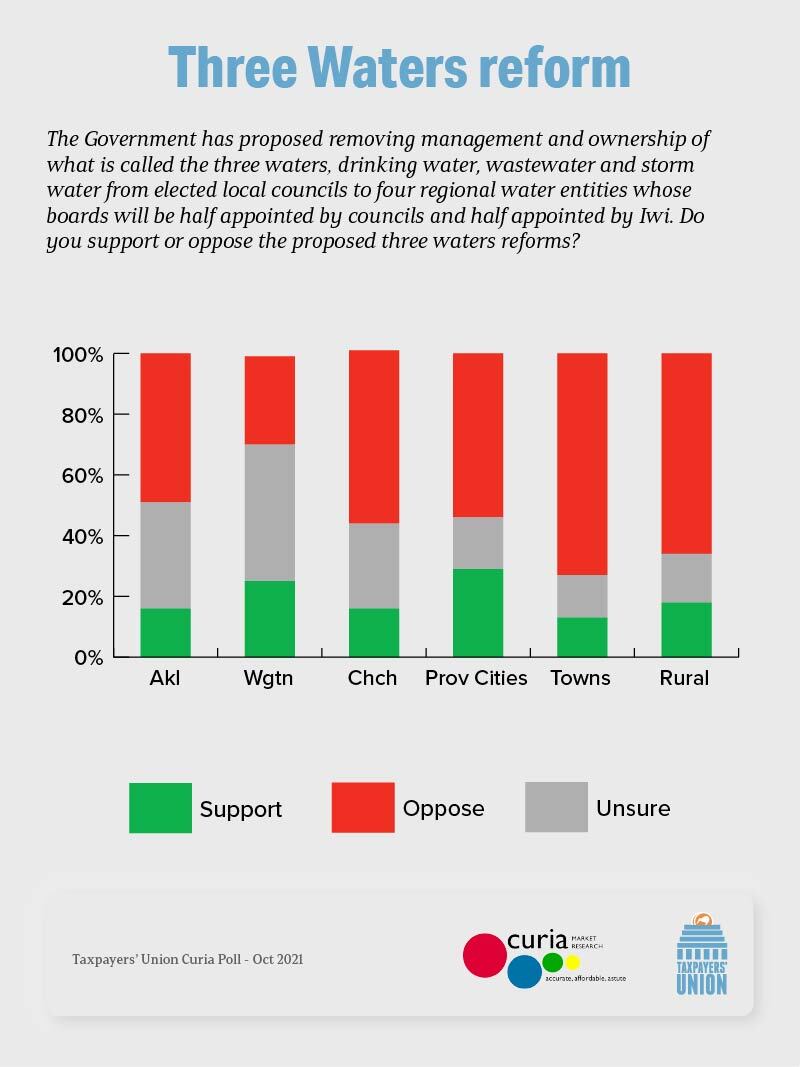 The Government didn’t give councils time to conduct proper consultation with their communities before submitting feedback on the reforms, but many thousands of New Zealanders made their voices heard anyway by emailing their local councillors. Now we have the hard data to back up evidence of widespread opposition.The Government’s $3.5 million ad campaign has failed to shore up support for Three Waters reform.

This poll reveals that opponents of Nanaia Mahuta’s multi-billion dollar asset grab are far more than a vocal minority. Most ratepayers are repelled by the prospect of removing control of water assets from local councils and burying it under four layers of co-governed bureaucracy.

The poll was taken from Sunday 3 October to Monday 11 October. The Taxpayers’ Union is running a petition against the Three Waters reforms which so far has 63,000 signatures. It can be signed at www.threewaterspetition.nz