Here are the headline results of the fifteenth Taxpayers’ Union – Curia Poll: 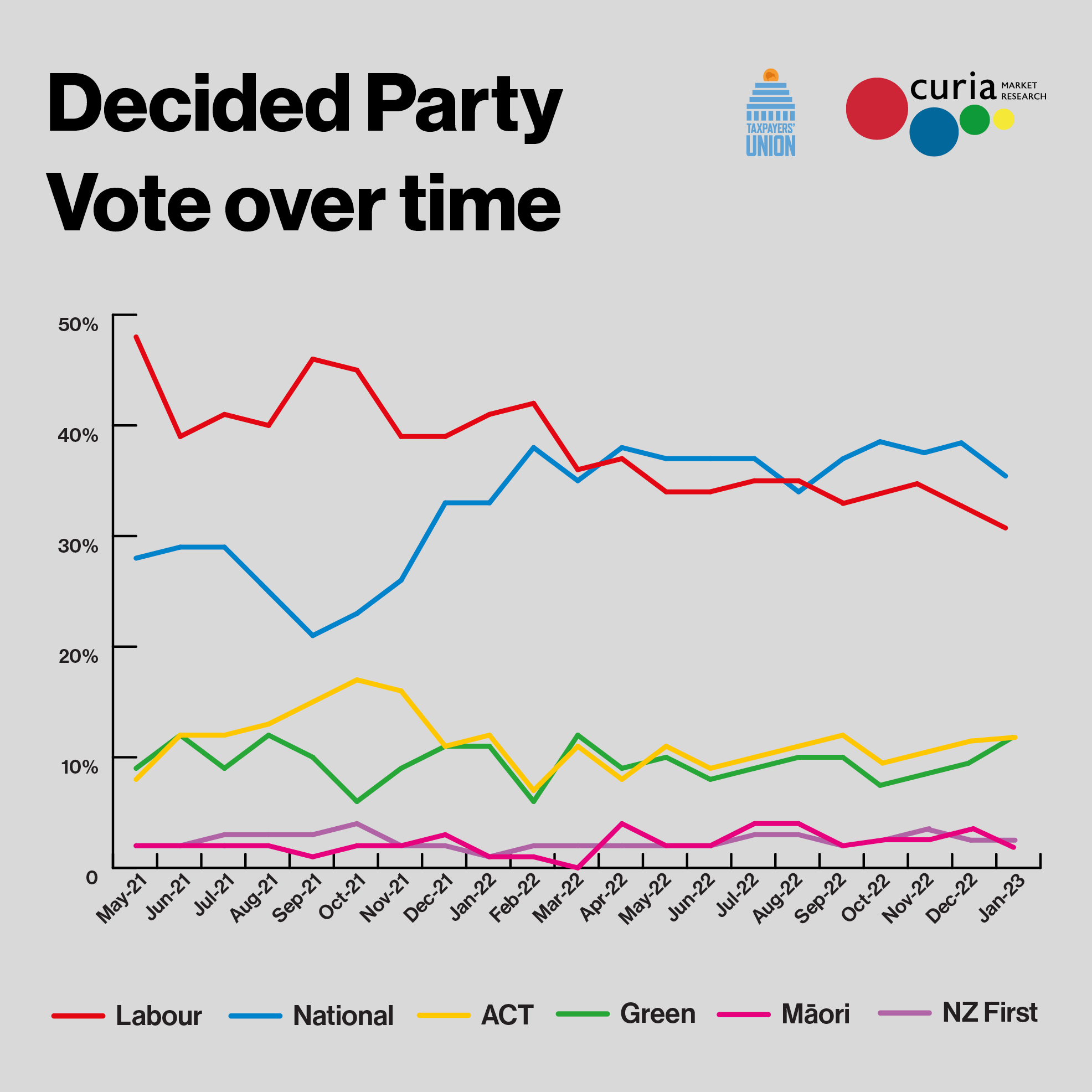 The smaller parties are New Zealand First on 2.8% and the Māori Party on 1.6%. 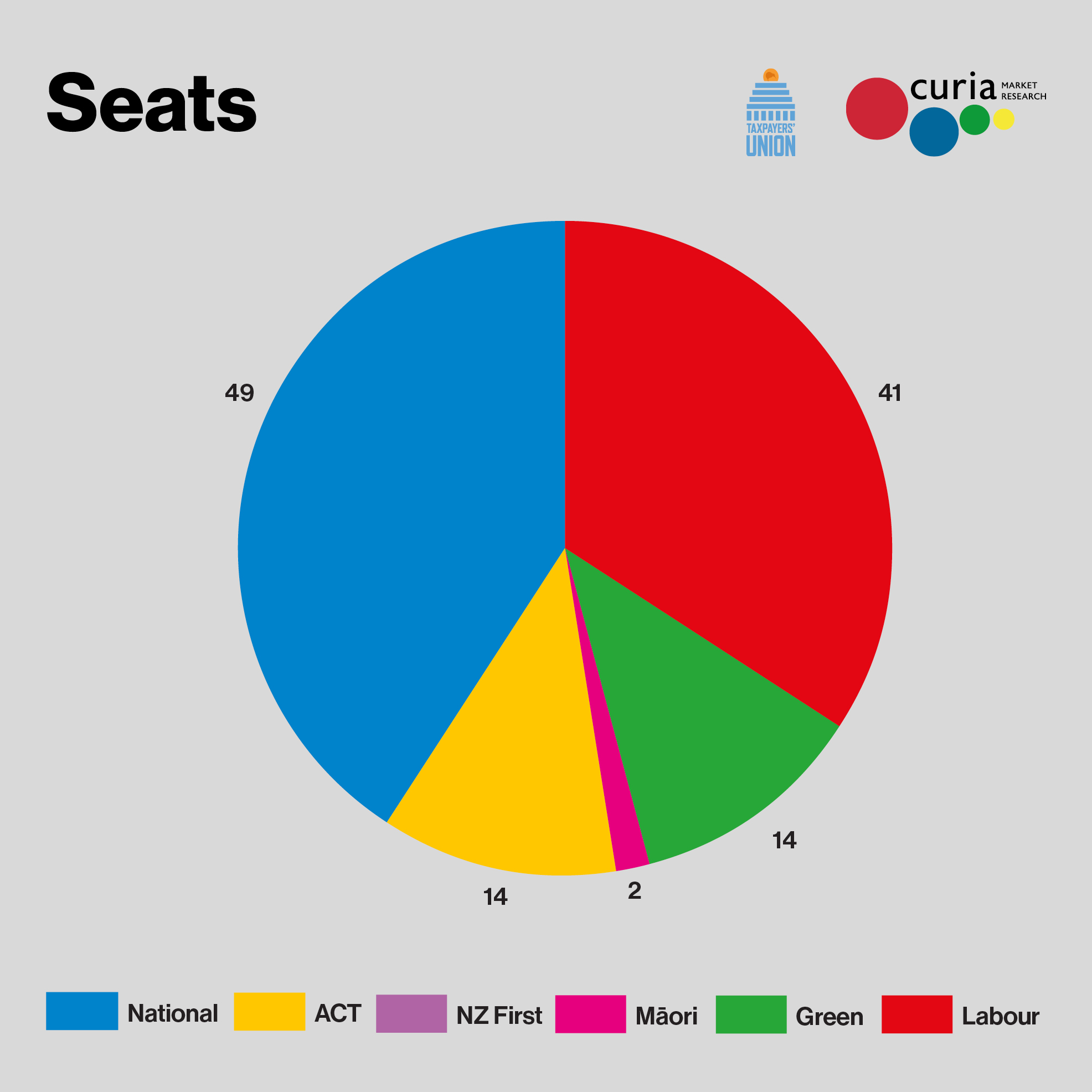 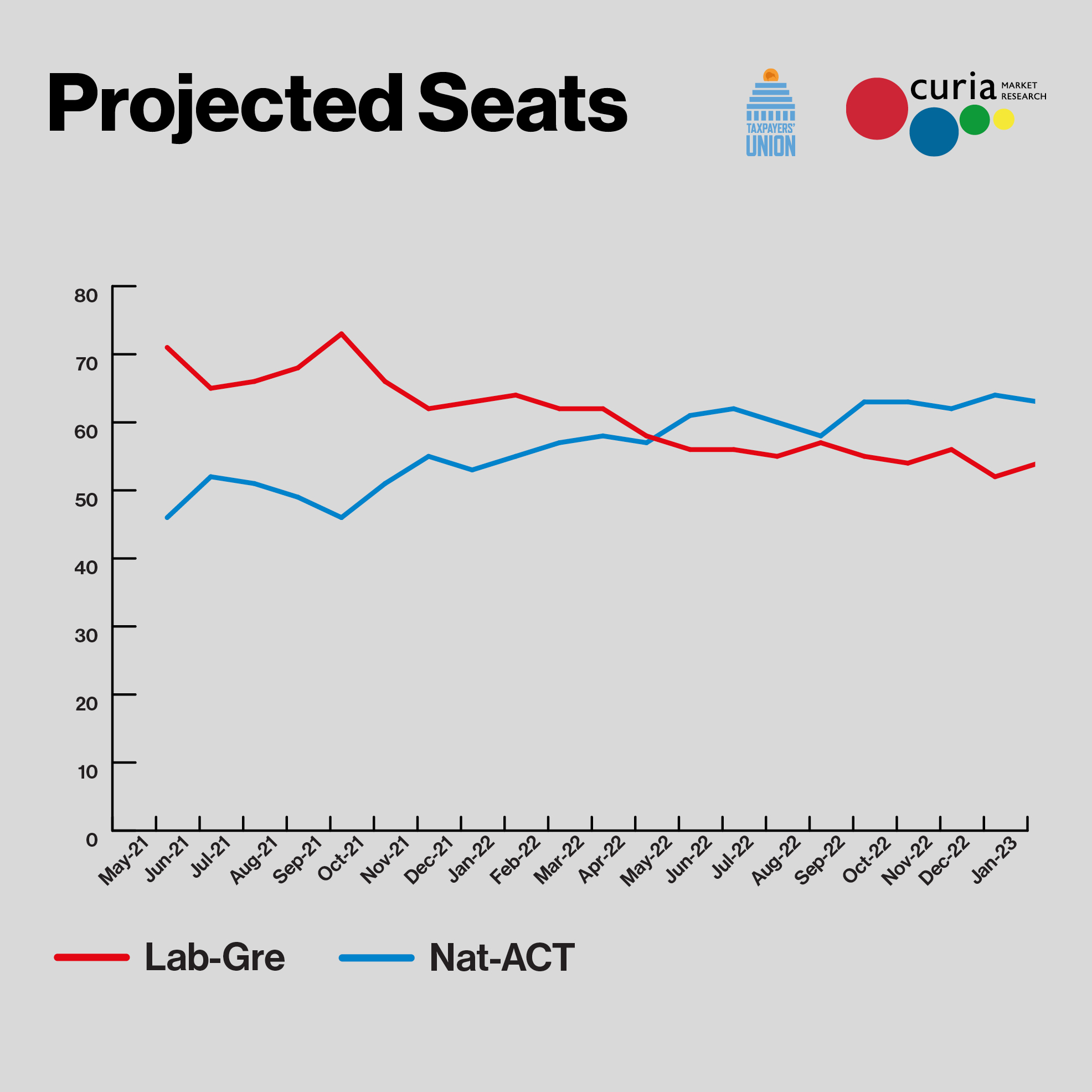 This means a slight narrowing of the gap between the two major blocs with the Centre-Right down 1 seat on last month to a combine 63 seats and the Centre-Left up 3 seats to a combined total of 55. 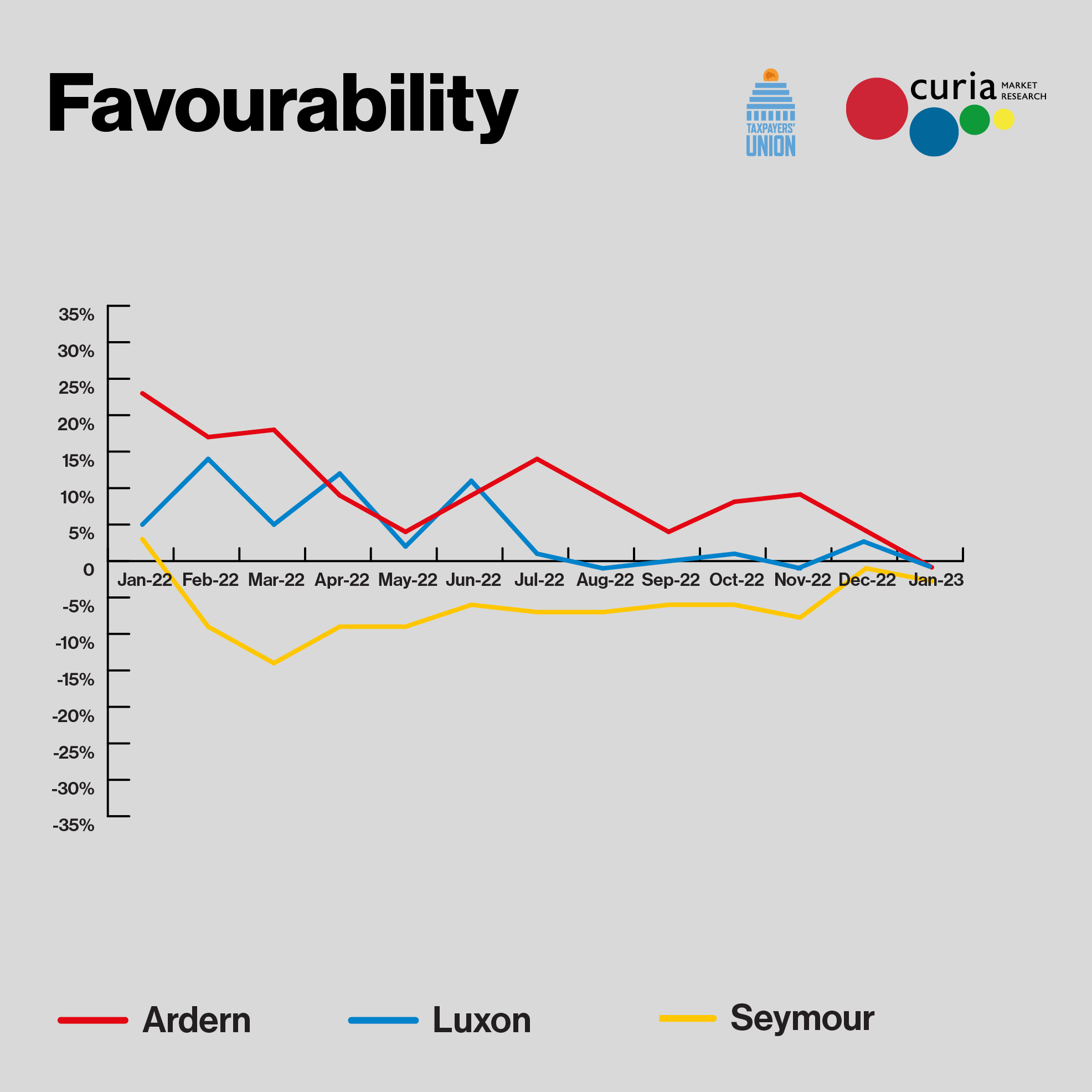 The outgoing prime minister's net favourability rating has been gradually declining for quite some time. Back in September 2021, she was on +32% but this month, her ratings went negative for the first time. She leaves office on a rating of -1%.

Christopher Luxon similarly scores a result of -1% this month, but his trend over the same period has been upwards. In September 2021, before he took on the National leadership, he was on -33% but he has slowly managed to turn this around. 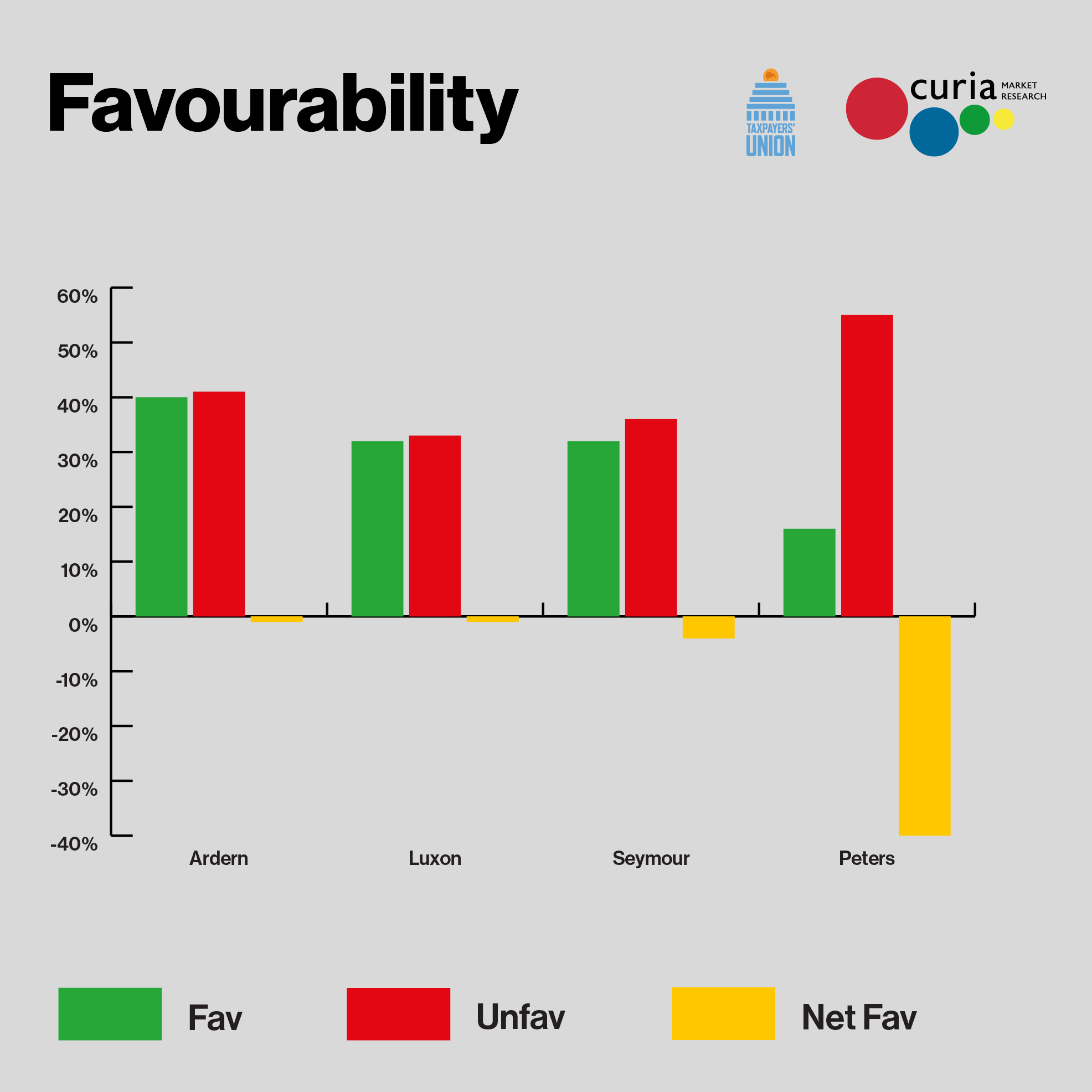 This month, we also asked respondents for their favourbility towards New Zealand First party leader, Winston Peters. His net favourability is -40% down 9 points on the last time we polled him in July 2022.

The Taxpayers’ Union – Curia Poll was conducted from Tuesday 10 to Monday 16 January 2023. The median response was collected on Saturday 14 January 2023. The sample size was 1,000 eligible New Zealand voters: 800 by phone and 200 by online panel. The sample selection for the phone panel is from those who are contactable on a landline or mobile phone selected at random from 15,000 nationwide phone numbers. The results are weighted to reflect the overall voting adult population in terms of gender, age, and area. Based on this sample of 1,000 respondents, the maximum sampling error (for a result of 50%) is +/- 3.1%, at the 95% confidence level. Results for sub-groups such as age and area will have a much higher margin of error and not seen as precise.

This poll should be formally referred to as the “Taxpayers’ Union – Curia Poll”.