Exclusive to members and supporters, we can reveal the results of the fourth monthly Taxpayers’ Union Curia Poll – the first scientific poll since Christopher Luxon took over as National Party Leader. 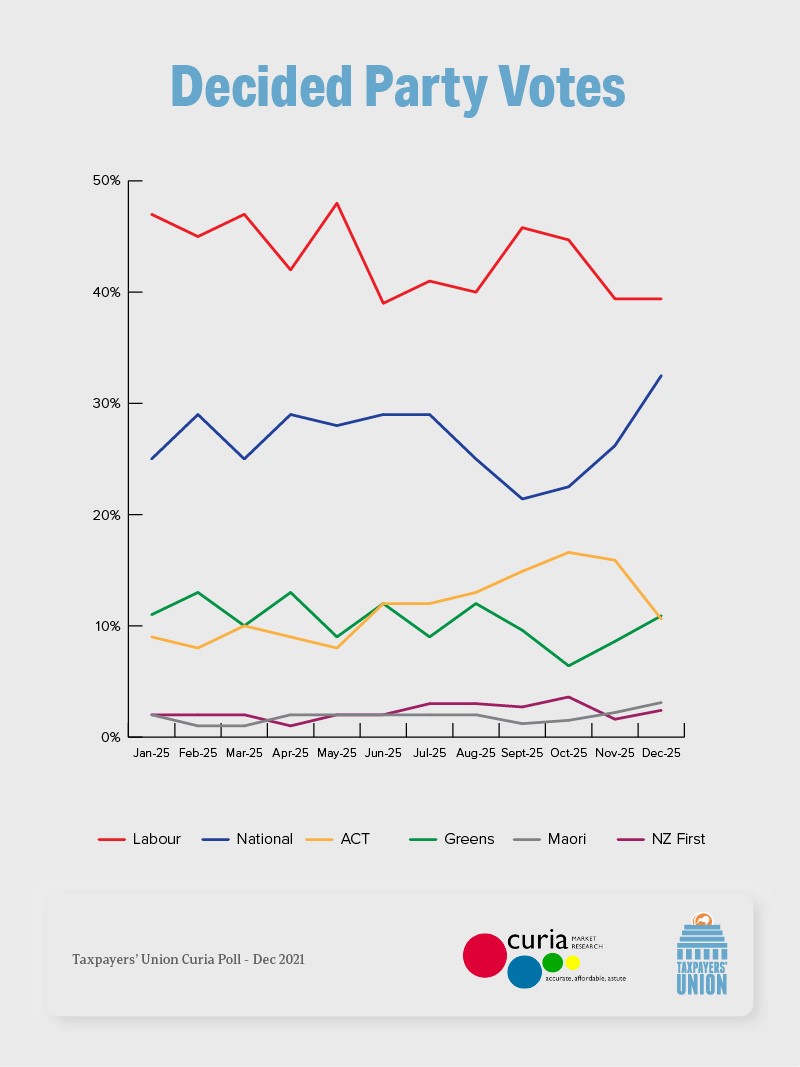 In short, National's change in leadership has seen a significant bump in support for the Party, but a corresponding drop-off in support for ACT has left the centre-left parties in a strong position.

Note that both the centre-right and centre-left blocs are up. This can be attributed the reduction in the "Other" vote. 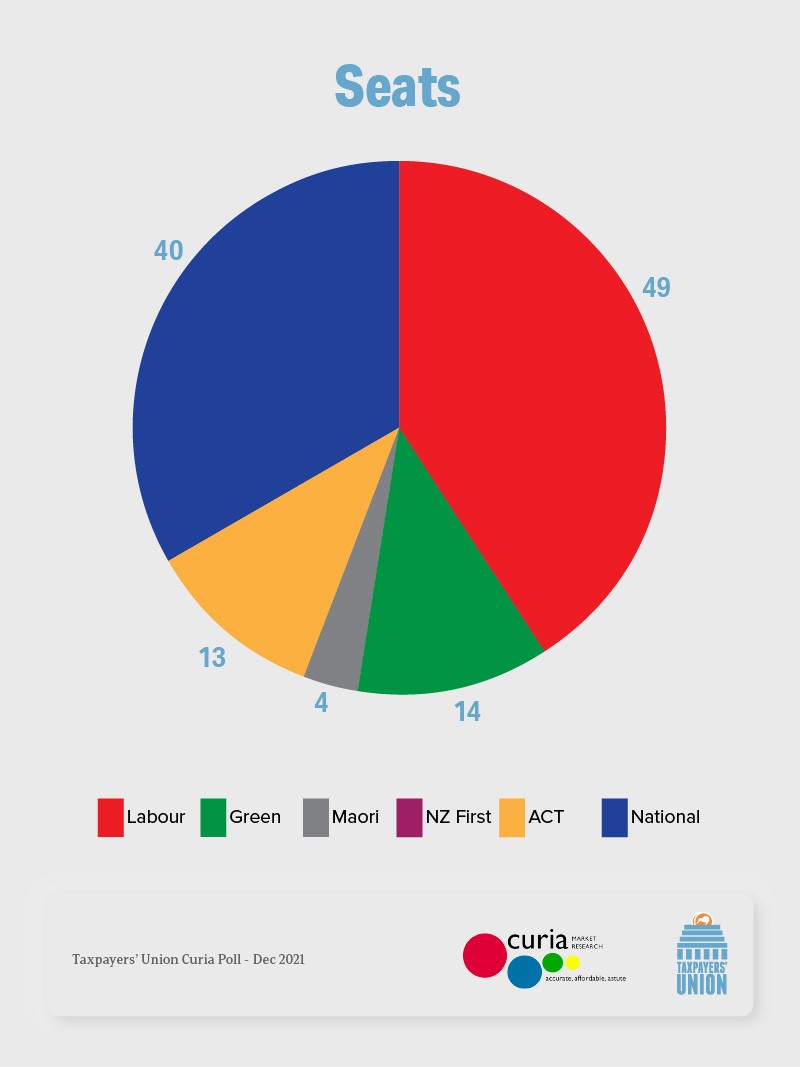 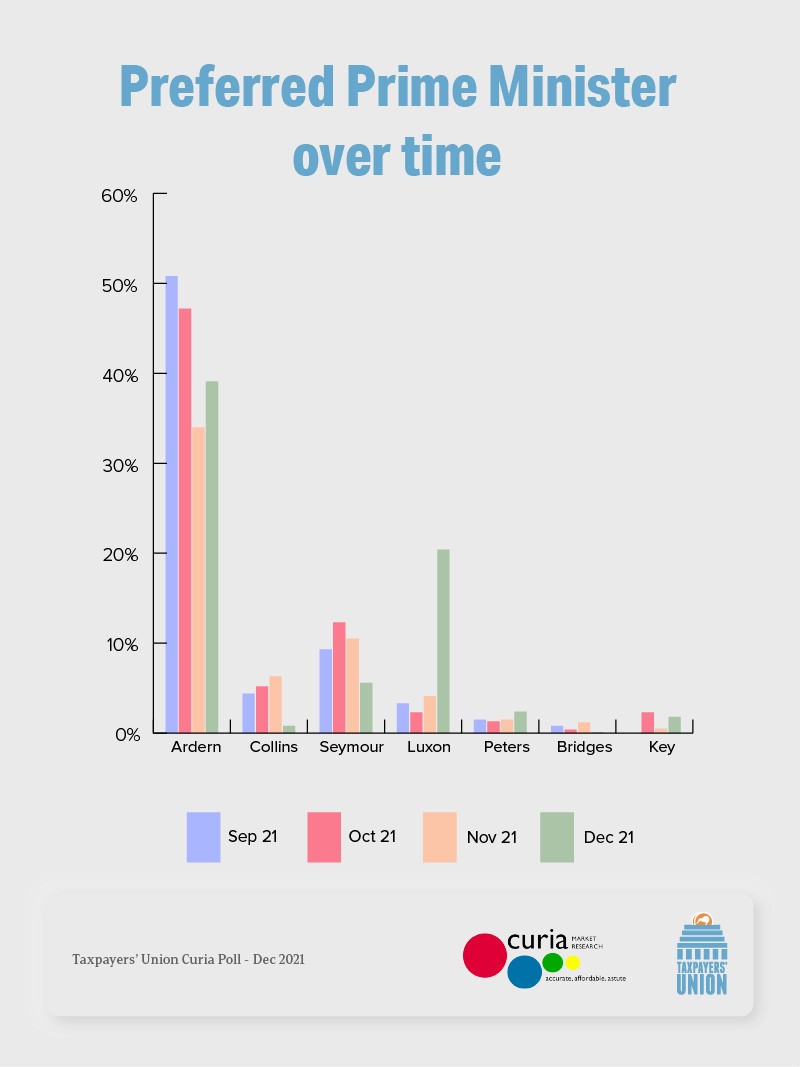 Christopher Luxon has leapt upward on the back of intense media coverage as new National Party Leader.

Jacinda Ardern recovers some of her significant drop in last month's poll. While she remains well ahead of anyone else, Christopher Luxon now has the highest preferred PM rating of any opposition leader since John Key, outside election campaign periods. And importantly, National reclaims the ranking of second-most preferred PM after a period of months in which David Seymour rated ahead of Judith Collins. 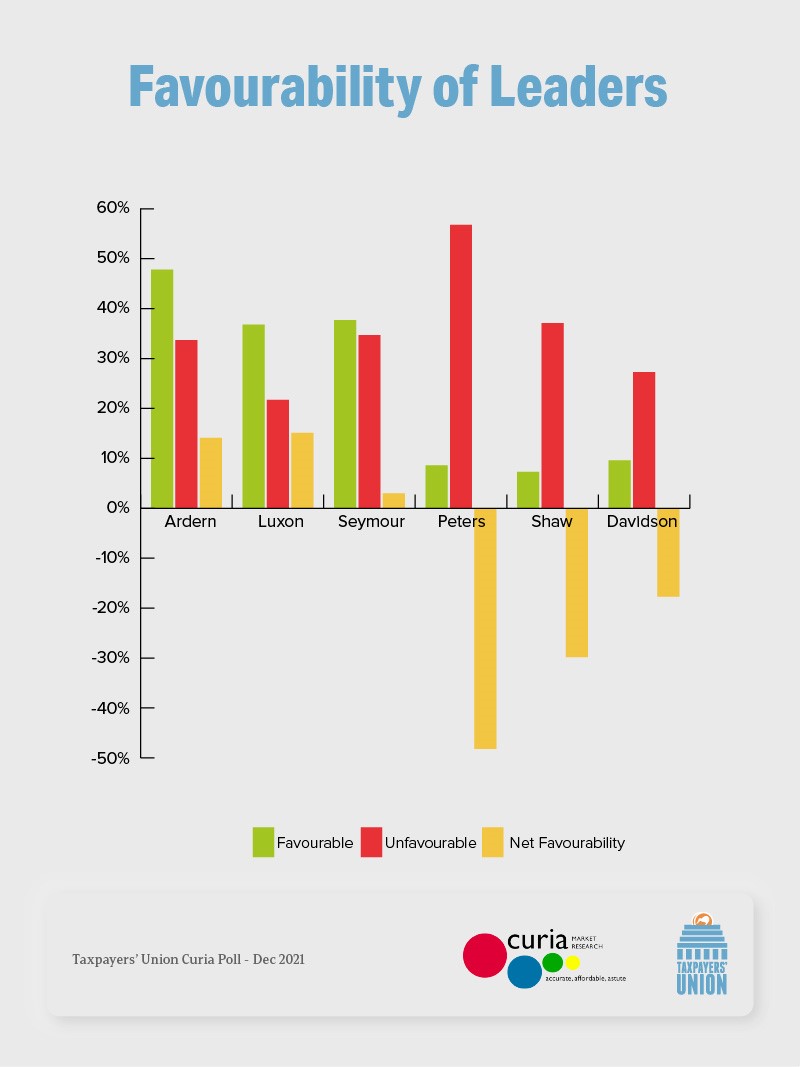 Interestingly, Luxon actually has a slightly higher net favourability (for now) than Ardern at +15% versus +14%. In other words, he is better liked among those who have a view than Ardern is. The challenge will be maintaining this position as neutral or unsure voters get to know him.

Here is how Net Favourability looks over time for a selection of leaders and MPs: 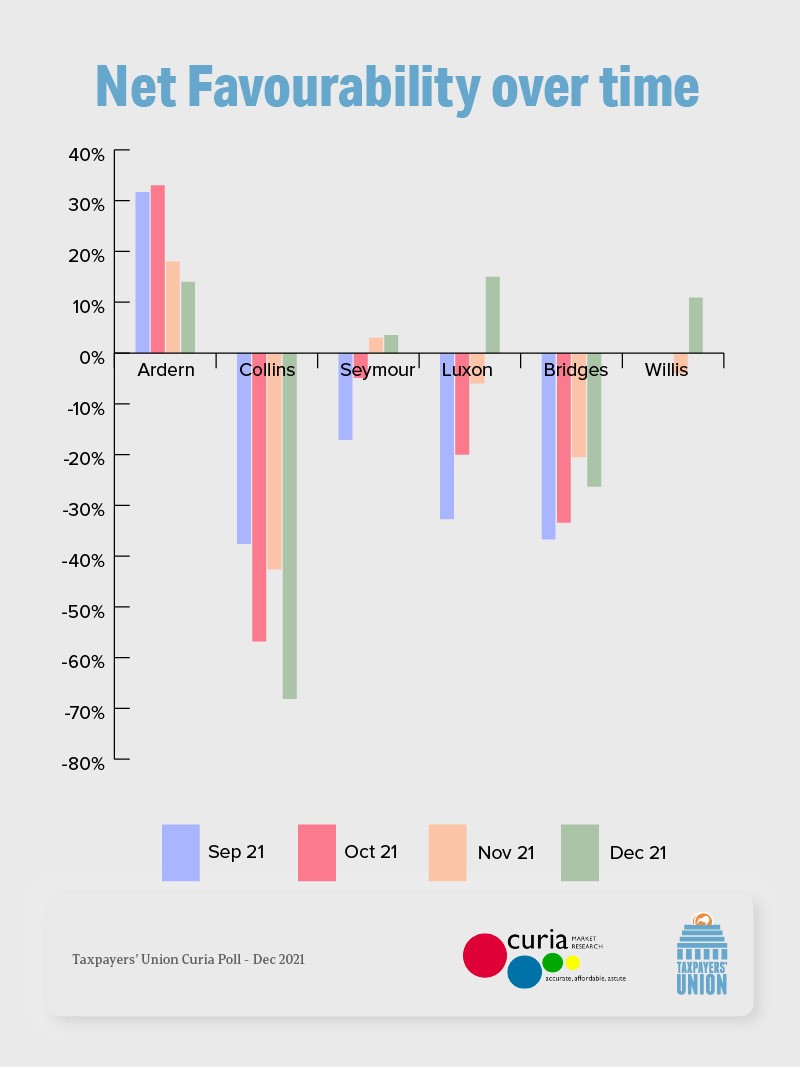 Slightly more New Zealanders think the country is heading in the right direction than the wrong direction: 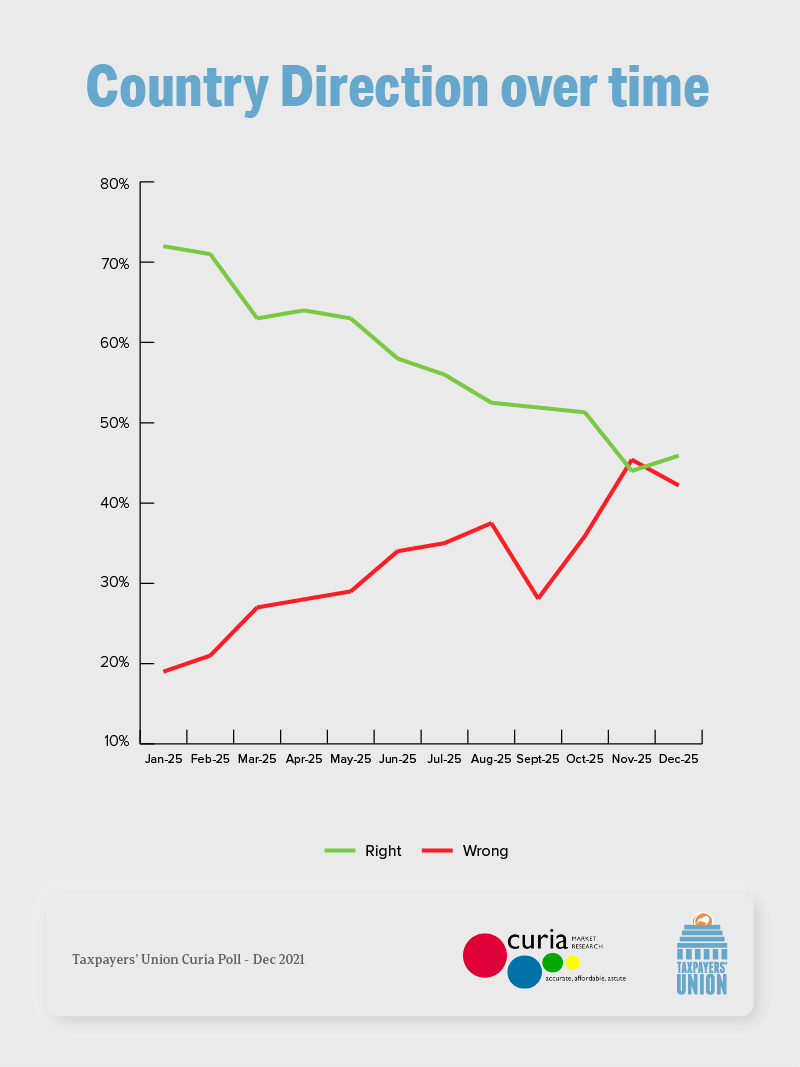 The overall trend for the year on country direction remains negative. It will be very important for Labour to reverse this.

The Taxpayers’ Union Curia Poll was conducted from Wednesday 1 December to Wednesday 8 December 2021 with the median response on Monday 6 December 2021. The sample size was 1,000 eligible New Zealand voters who are contactable on a landline or mobile phone selected at random from 24,000 nationwide phone numbers. The results are weighted to reflect the overall voting adult population in terms of gender, age, and area. Based on this sample of 1,000 respondents, the maximum sampling error (for a result of 50%) is +/- 3.1%, at the 95% confidence level. This poll should be formally referred to as the “Taxpayers’ Union Curia Poll”.