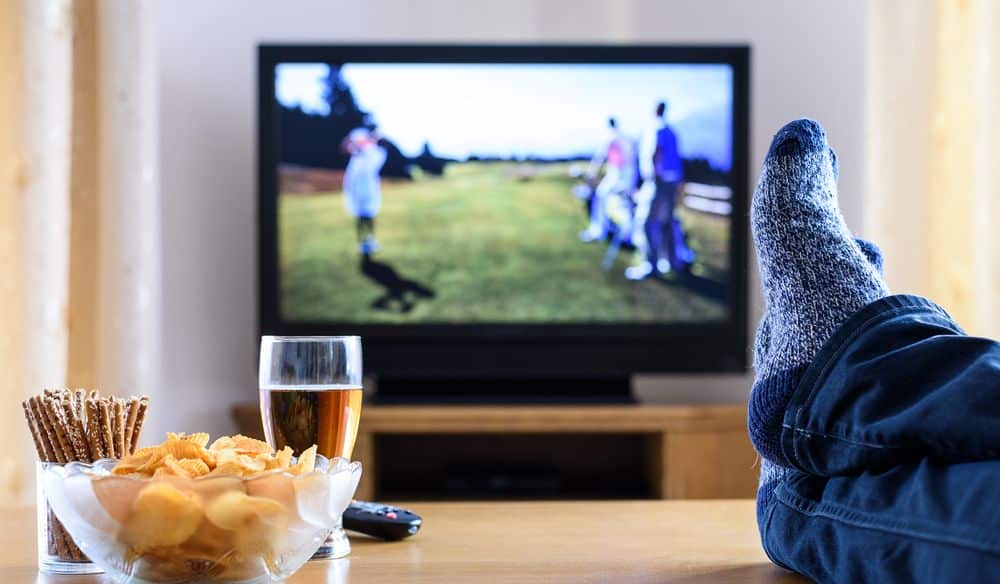 Sick of working hard? Want to take a six-month holiday on close to full pay, courtesy of the taxpayer? Good news: Grant Robertson has a policy for you.

Under the 'unemployment insurance' scheme announced this week, someone who's laid off from work will get 80% of their prior salary for six months.

You might be thinking, "surely the payments are capped?" They are, but the cap only kicks in for people who were previously paid $130,911 or more.

That means if you are working as a middle manager in say, the Government's Social Wellbeing Agency, you can collect the equivalent of a $104,000 salary for six months.

Of course, this policy is great for people who choose to spend as much time between jobs as possible. But economically, it's destructive: it wipes out the incentive to re-enter the workforce, and adds another tax on workers and employers.

The Government could have introduced unemployment insurance in a smart way, without destroying incentives for workers to be productive. It's been done overseas.

Next week we're publishing a research paper with an alternative to the Government's policy. Stay tuned.

Why we covered Wellington with 'Wanted' signs 🚓

Last week, public servants arrived in central Wellington to find the streets plastered with these posters: 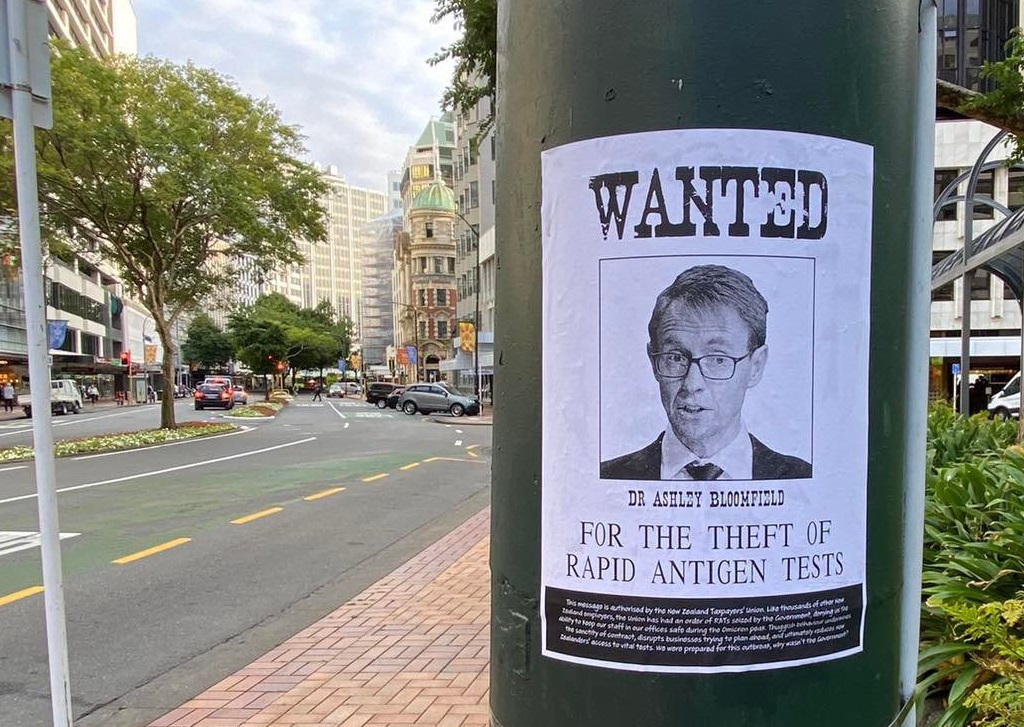 Confession: we put the posters up.

Like thousands of other businesses, we have been denied access to rapid antigen tests (RATs) after the Government decided to seize private orders.

We ordered RATs back in December, taking prudent steps to ensure our office could remain open for as long as possible. But because the Government failed to take those prudent steps itself, it is now thieving off employers who tried to do the right thing and prepare.

Incredibly, the Director-General of Health has claimed that instead of stealing or even "commandeering" tests, his department has simply "consolidated stock". This is pure Government spin that should be beneath the Director-General, who is paid a $500,000 salary to communicate facts to the public in an unbiased way.

What happened to neutrality in the public sector? ⚖️

If only that were always true. We recently saw the Government's $3 million Three Waters propaganda campaign – the TV ads were only stopped after we called for intervention from the Commission.

And now the NZ Transport Agency has an ad campaign about lowering speed limits, which is geared more towards defending a Government policy than simply communicating changes to the public. 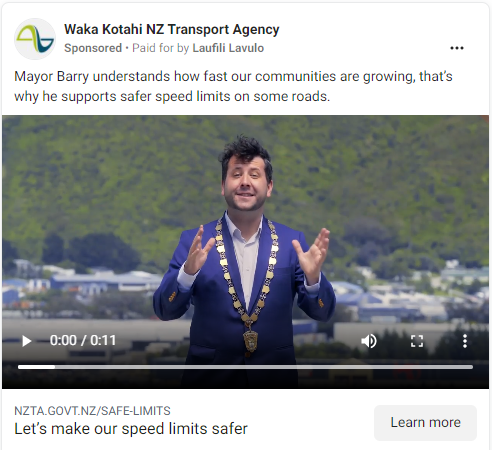 NZTA even appear to be targeting the ads at voters in his region!

Meanwhile, the Human Rights Commission is paying for ads fronted by a Labour-aligned mayoral candidate in Auckland, Efeso Collins: 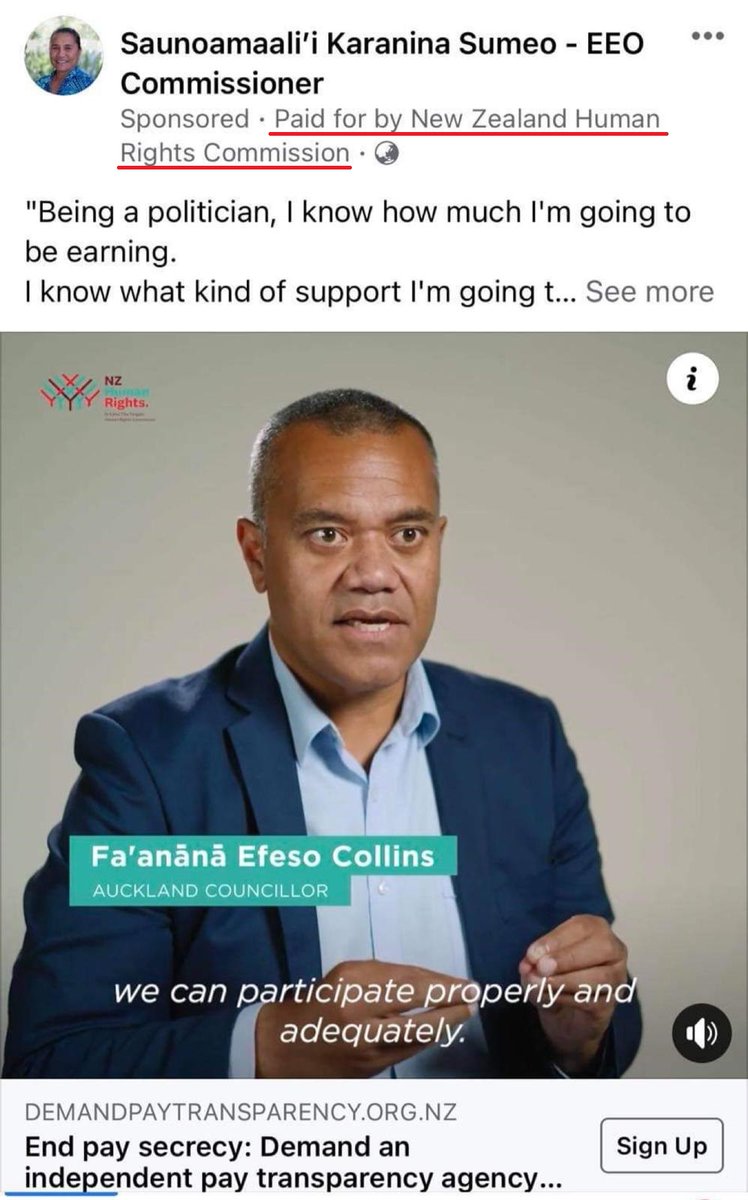 Government agencies should never stray into promoting active politicians. And yet here we have two promoting Labour-aligned local politicians in a council election year.

If this behaviour from the public sector becomes normalised, our democracy is threatened. We've written to the Public Service Commission to request an intervention. Watch this space.

The best way to destroy a city... short of bombing it 💣 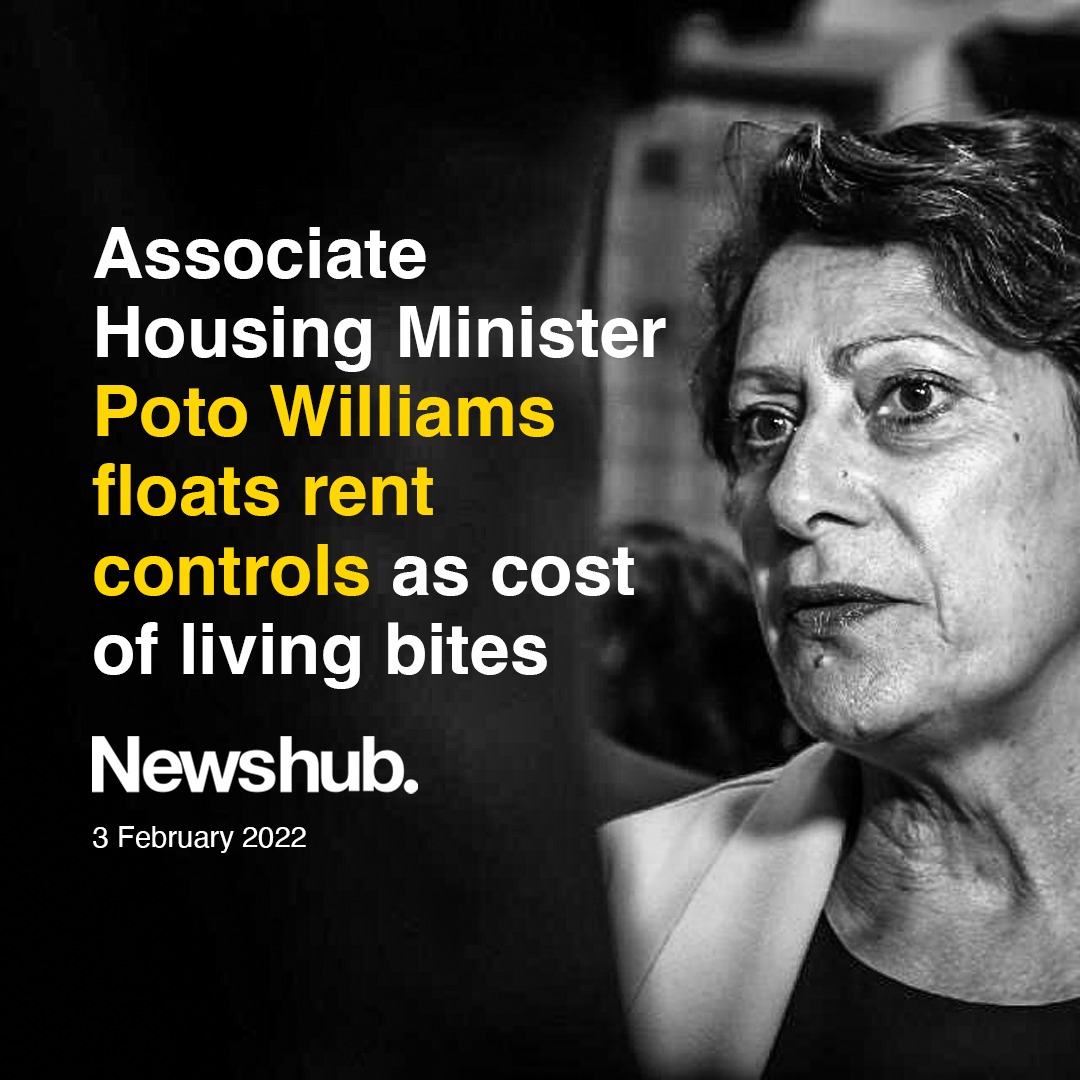 Associate Housing Minister Poto Williams says she is considering rent control as a response to the housing crisis.

Swedish economist Assar Lindbeck once called rent control ‘the most efficient technique presently known to destroy a city—except for bombing’.

It's true that the rental market is in a dire spot. Our younger staff members are experiencing it firsthand, struggling to find flats in Wellington during the peak rental season.

One member of our team has been crashing on friends' couches and has now relocated to Auckland to stay with family. Another has seven days left on his lease and is now making 'jokes' about moving into our office.

It's not that they can't afford the asking price – the problem is that the rental shortage sees them competing with dozens of others at crowded flat viewings, turning housing into a lottery.

Rent control will make shortages even worse, by increasing demand for artificially-cheap rentals while at the same time driving landlords to withdraw properties from the market. This means more people living out of cars, on couches, and on the streets.

What we need is simple: more houses. (We're still waiting for David Parker to reform the Resource Management Act.) 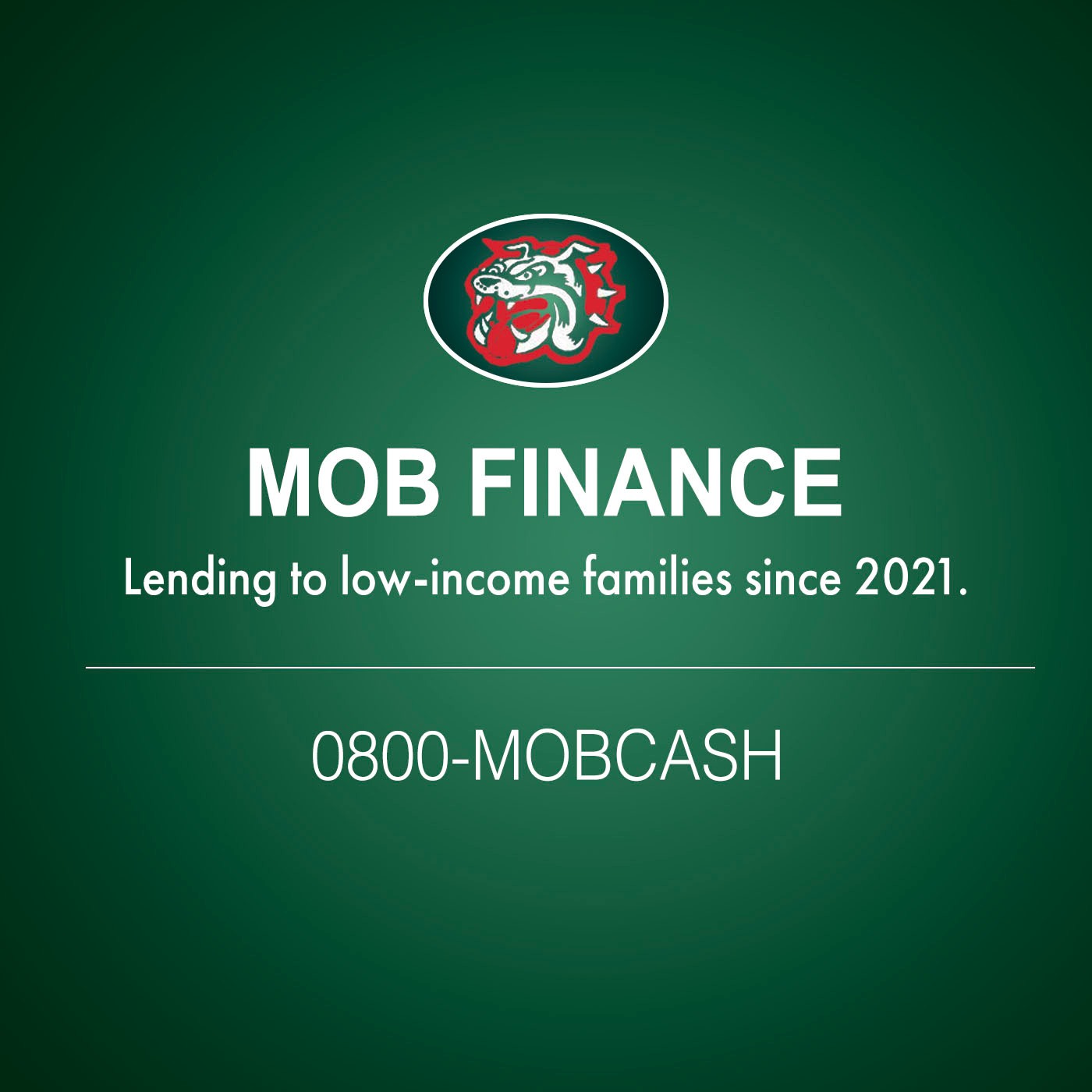 The Government's attempt to crack down on "high-risk" loans is backfiring spectacularly, with countless news stories of Kiwis being rejected by banks terrified of falling afoul of the new rules.

But it gets worse. As the NZ Herald reports:

Low income New Zealanders are being rejected for loans as small as $50 because of strict new lending rules, despite having never missed payments.

They are instead turning to more dubious sources, including loan sharks and even gang-related lenders - exactly the type of practices which the Government's changes were meant to stamp out.

It's almost funny – until you imagine the consequences for someone who falls behind on payments to the Mongrel Mob.

Of course, this isn't the only government policy fueling gang activity. There was the $2.8 million funding for gang-run "rehab". And of course the massive taxes on tobacco, which allow gangs to profit from flogging off tax-free smokes, either smuggled or stolen in violent robberies. 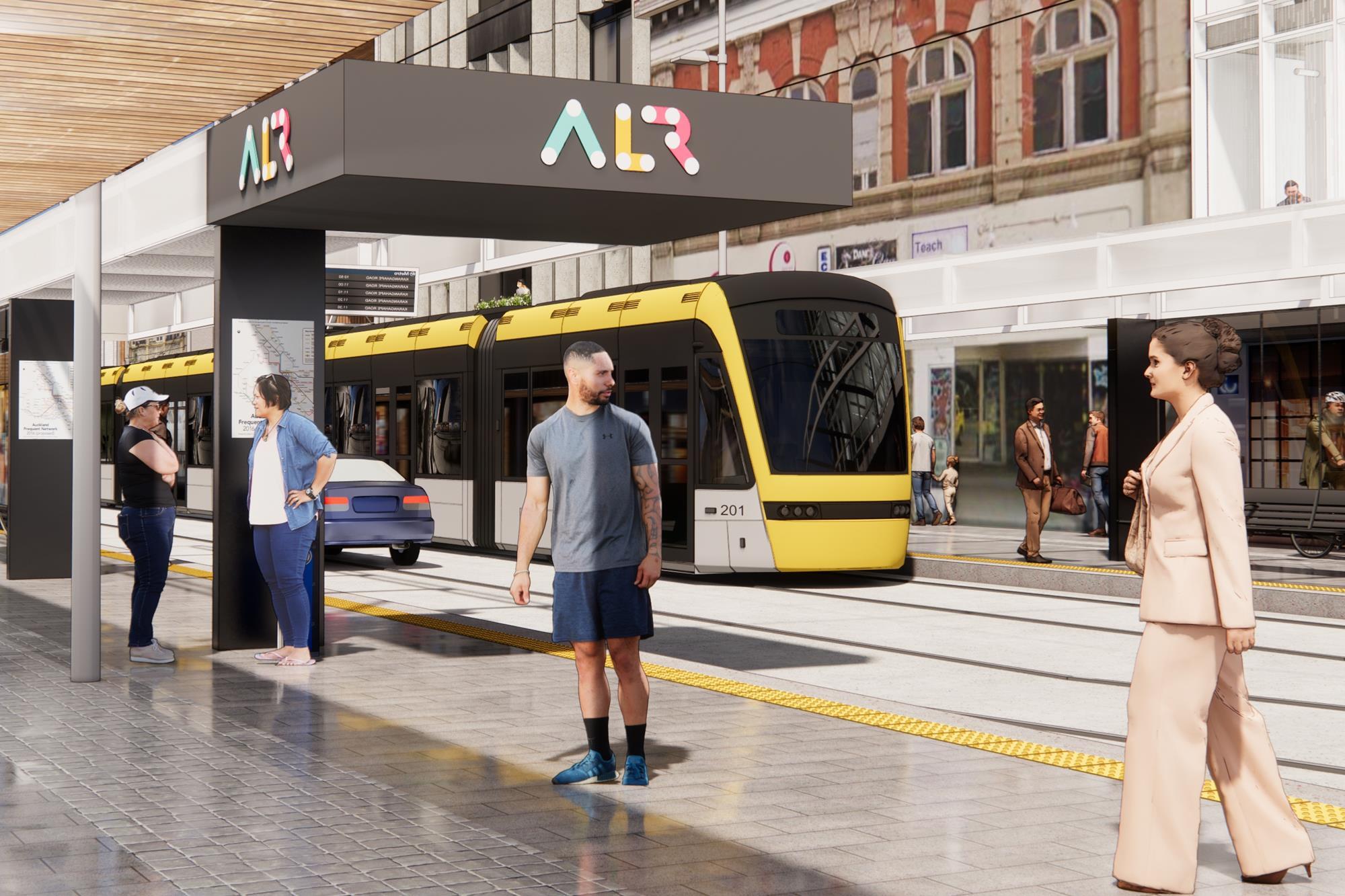 Michael Wood says his tram to Māngere will cost $14.6 billion. That's $8,000 for every household from Kaitaia to the Bluff, and about 20 times more than the scrapped "Skypath" bike bridge.

But it gets worse. The officials who drafted the business case for the tram have warned in the fine print that the Government should prepare for budget blowouts that would bring the total bill to $24 billion.

The tram route from Wynyard Quarter to Māngere is about 24km long. That works out as $1 million *per metre*!

For comparison, the cost of Sydney's light rail worked out at around $250,000 per metre – and that was quite a scandal across the ditch.

One point that deserves more attention is the effect of all this spending on inflation. When the Government spends billions bidding up the costs of labour and materials, that flows through to higher living costs for Kiwi households.

The Taxpayers' Union is governed by a board of volunteers. In my last newsletter I welcomed former National Party Finance Minister Hon Ruth Richardson.

Now we can confirm that Cr Chris Milne and Laurence Kubiak have come on board to offer their time, energies, and expertise to our mission of Lower Taxes, Less Waste, More Transparency.

Chris is a councillor at Hutt City Council, a trustee and former chair of the Nikau Foundation (Wellington's community foundation), a trustee of the Nga Manu Nature Reserve, and a business director. He is a former ACT Party Parliamentary Chief of Staff under Richard Prebble.

You can find out about our full team here.

Newsroom  Robertson looks back to the future with income insurance scheme

Kiwiblog  Do you want to be hated by 50,000 public servants?

Interest.co.nz  When the tribe is imperilled, all eyes turn to the chief