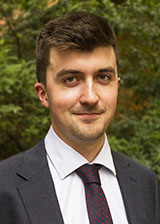 In my opinion piece in Wednesday's New Zealand Herald, I laid out a list of reasons why a sugar tax on soft drinks would be a bad piece of public policy and would do little, if anything, to reduce obesity rates.

In brief, I pointed to the failure in other jurisdictions - such as Mexico and Denmark – to reduce obesity. I addressed the common empirical oversight by advocates to not account for substitution of consumption to other high-calorie goods. I also argued that soft drink consumption is relatively inelastic – it takes a relatively large price change to induce just a small reduction in consumption. This price hike is regressive and hurts the poor the most. Also, given soft drinks only make up 3.5% of non-alcoholic beverage consumption it seems nonsensical to target a tax at a single ingredient of a single product as a remedy for reducing obesity. And lastly, I indicated my unwillingness to defer health decisions to government bureaucrats who purport to know what is ‘good’ for me.

On Friday, Boyd Swinburn, a leader of the political lobby group “FIZZ” responded to my article. Mr Swinburn’s primary line of attack was to question the motivations behind my piece rather than address the issue. In other words, he decided to play the man not the ball. Coming from an academic, this is a cheap shot. Frankly, endeavouring to discredit an opponent is an easy way of avoiding having to engage in real debate. He chose to make it personal instead of contesting an intellectual battle of ideas. There is a similarity between Swinburn’s strategy and that of Donald Trump – when his ideas lack substance or critical thought, it is best to resort to personal jibes that distract from the validity of ones position. Swinburn has dedicated his academic career to these issues and should be more than willing to engage with the arguments rather than resort to unfounded accusations and personal attacks.

Further, accusing the Taxpayers’ Union of being an advocate for corporate interest is completely unsubstantiated. For a start, the Taxpayers’ Union are the only group in New Zealand who have consistently campaigned against corporate welfare. Less than one-percent of our media releases relate to sugar taxes, compared to about ten-percent which relate to corporate welfare. We rally against any private organisation being granted special treatment or being unfairly targeted because a few bureaucrats or politicians single them out as “good” or “bad”. We also acknowledge (when others fail to) that consumers are the real losers from these supposedly well-intentioned interventionist policies – not necessarily the organisations themselves.

Our position on the sugar tax is hardly unique. There are a vast number of reputable organisations that share our view that the sugar tax is a disastrous piece of public policy. To name a few, the New Zealand Initiative is the leading economic think tank in New Zealand and is strongly opposed to such policies. Chris Snowdon - research fellow at the Institute of Economic Affairs - is also a strong opponent to a sugar tax. From a more personal perspective, the Taxpayers’ Union have been advocating against a sugar tax for many years, long before I was recruited. To use this low-level tactic signals the frailty of Swinburn’s argument. Given Swinburn is a taxpayer funded academic, we should expect a much higher level of debate that avoids resorting to personal hit jobs.

Rather strangely, Swinburn says, “The first tactic Mckenna uses is to denigrate doctors and public health researchers by calling them experts.” It seems odd that Swinburn is upset at being called an expert. Nevertheless, I absolutely apologise to Mr Swinburn for calling him an expert – I promise to not do so again.

Next, Swinburn says, “he (referring to myself) sets up a straw man to knock down: if the goal of a sugar tax is to reduce obesity, then this needs to be proven beyond doubt and it isn't, therefore, there is no justification to implement the tax.”

Swinburn argues that opponents of a sugar tax demand a magic bullet before we will accept the efficacy of a sugar tax. Ironically, Swinburn is accusing me of using a strawman by using a strawman himself. To be clear, I never demanded a magic bullet – however, just some conclusive evidence that the intervention (with all of its identifiable negative spillovers) has at least some material effect on obesity. Remarkably, Swinburn actually concedes the tax will not reduce obesity. If the leading campaigner for a sugar tax in New Zealand admits it does not work, then why on earth should it be implemented?

Furthermore, Swinburn argues the sugar tax is not regressive. Given he acknowledges that the poor do bare the largest cost (absolutely, and proportional to income) it would appear his definition of “regressive” is confused. In fact, his description of the sugar tax effect is as close to a textbook definition of regressive one could hope to find. While Swinburn may be well experienced in sugar, he appears to lack expertise in economics.

Swinburn’s resort to personal attack politics weakens his academic credibility. He should use fact over emotive provocation, and preferably, he should avoid using unfounded accusations and ideology where possible.