New survey reveals WHO at odds with Kiwi vapers 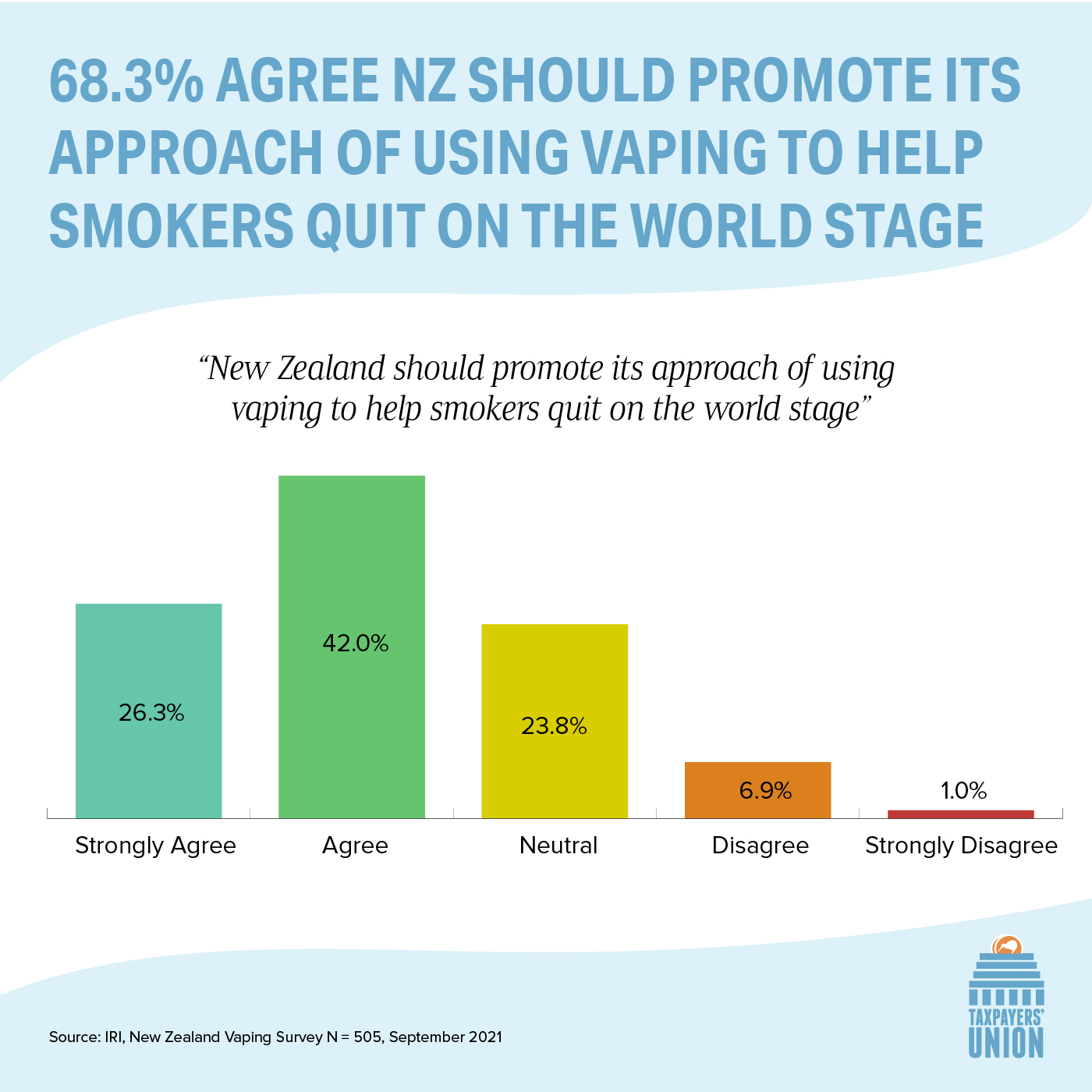 More than two thirds of vapers believe New Zealand’s approach to vaping as a tobacco harm reduction tool is world-leading and should be promoted overseas to save millions of lives, according to a new survey conducted by research house IRI.

The New Zealand Taxpayers’ Union has released this research an anticipation of the World Health Organisation’s Framework Convention on Tobacco Control Conference (COP9) this November.

The IRI survey, conducted in September, asked more than 500 Kiwi vapers what they thought of New Zealand’s use of vaping as a tool to help smokers quit. Over 80 per cent said vaping had helped them to reduce or quit smoking. A further 62 per cent believed New Zealand should speak out against any efforts by the WHO to ban or restrict vaping.

Union spokesman and vaper Louis Houlbrooke says, “First, the WHO pressured countries like New Zealand into adopting sky-high tobacco taxes. Now, the same organisation is expressing unfounded hostility to vaping – a tool that in New Zealand has been shown to help smokers quit cigarettes, saving on tax and reducing harms to health.”

New Zealand’s own Ministry of Health has endorsed vaping as a quit aide and the Union is calling on the Ministry’s delegates at COP9 to promote this position internationally.

Vaping has been proven to be more than twice as effective in helping smokers quit as other methods, such as nicotine patches, gum or lozenges, and New Zealand’s success at using vaping to drive down smoking rates was recently featured in a white paper on international best practices authored by the Property Rights Alliance.

“Kiwi vapers recognise that New Zealand has a moral imperative to speak up at COP9 and work with other countries who’ve embraced vaping, such as the UK. Millions of lives are at stake.”

Associate Minister of Health Ayesha Verrall says the Government has yet to decide whether it will support the formation of an inter-sessional working group to examine evidence on vaping as a harm reduction tool at COP9.

The Coalition of Asia Pacific Harm Reduction Advocates (CAPHRA) has a website dedicated to collecting testimonials from former smokers who have used vaping to quit or reduce their tobacco consumption. It includes more than 14,500 testimonials and can be found at www.righttovape.org.