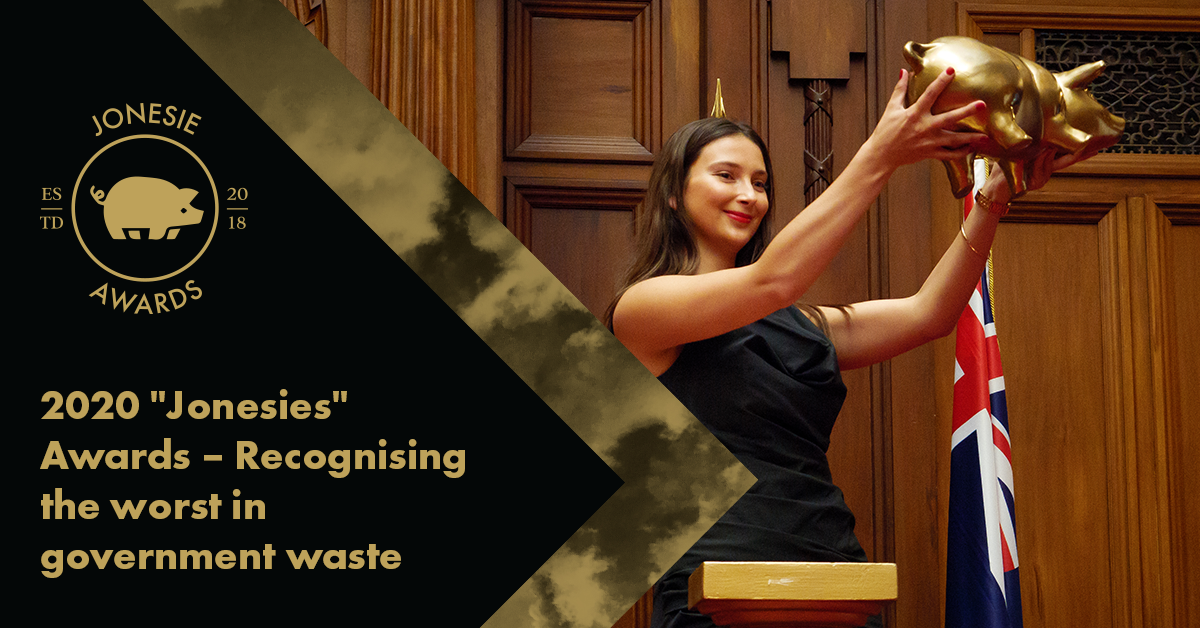 On 15 July, the New Zealand Taxpayers' Union will be hosting the third annual Jonesie Waste Awards, live from Parliament.

Nominations have now opened for the awards of Local Government, Central Government and Lifetime Achievement.

The Awards have been created to honour the civil servants, government agencies and politicians who signify government waste, over-spending, excessive regulation, lack of accountability, or any combination of the four. A Jonesie may be awarded on the basis of past accomplishments or on a promised initiative.

The extent of the waste is not the only criteria for a Jonesie nomination - some relatively small spending items have previously earned nominations thanks to the absurdity of the spending or how they encapsulate a culture of waste or extravagance within a given council, government department, or publicly funded agency.

Click here for a recap of last year's Jonesie Awards.

Tell us who deserves to be honoured with a Jonesie this year below!