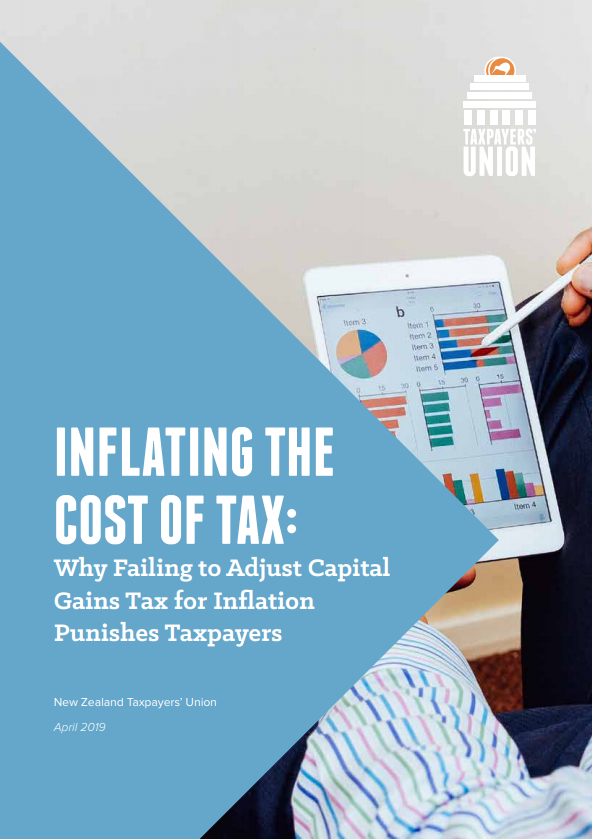 “Michael Cullen defends his proposal on the basis of ‘fairness’, but it is not fair to tax New Zealanders for inflation that they have no control over. If the Government fails to fix this aspect of the tax, it will be guilty of a cynical revenue grab.”

“This tax will hit New Zealanders at far higher rates than advertised, it would thieve from those who are not necessarily getting any richer, and it would reward politicians who fail to control inflation with extra revenue.”

Joe Ascroft, Economist at the Taxpayers' Union who authored the report, said:

“The compounding effect of inflation creates large ‘paper gains’ on assets in the long term. Under the Working Group’s proposal, these gains would be unfairly taxed, even though they don’t represent any real increase in value.”

“This will result in some asset holders paying real tax rates far higher than the advertised 30 or 33 percent. In fact, in some cases the tax on capital gains will be well over 50 percent.”

* based on an inflation rate of two percent.

The Taxpayers’ Union is campaigning to stop the capital gains tax at AxeThisTax.nz. Inflation adjustment was one of the Five Rules for a Fair Capital Gains Tax published in February.