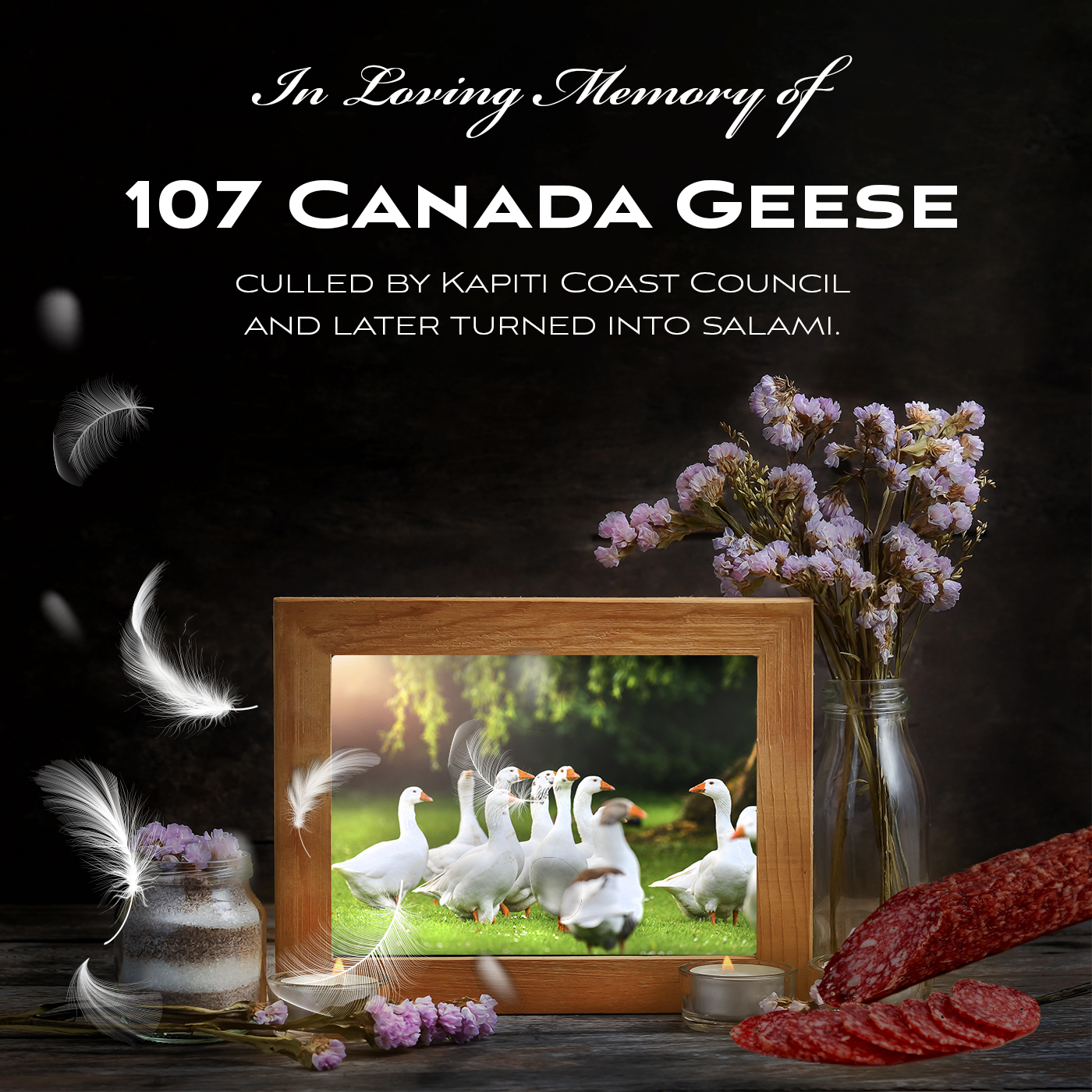 Readers of our regular newsletters may become disillusioned by the unending examples of wasteful government spending. But in the spirit of Christmas, we would like to highlight a positive story.

In August this year, more than 107 Canada geese were slain at the hands of Kāpiti Coast District Council after 1,497 local residents signed a petition to euthanise the birds.

Local resident Geoff Amos led the campaign to massacre the birds after they deposited more than 400kg worth of poop per day into Awatea Lake and the surrounding park. Kāpiti ratepayers were angered by the mess and intimidated by the aggressive behaviour of these unwelcome Canadian migrants.

The Council's campaign of avian annihilation may have been sad news for the geese, but there was a positive twist for ratepayers and waste-haters: the Council has confirmed to the Taxpayers' Union that these beautiful but foul-smelling birds were turned into sausages and salami.

Unfortunately, the meaty bounty was requisitioned for private consumption by individuals present for the shooting, not fed to the poor as advocated by anti-goose petitioner Geoff Amos or fairly distributed among long-suffering ratepayers as advocated by your humble Taxpayers' Union. But on balance, we have to give praise to Kāpiti Coast District Council and the resourceful contractor for setting a rare example of waste minimisation in in local politics.

As you may have noticed, the Taxpayers' Union takes a special interest in the publicly-funded disposal of dead animals. If you're aware of any similar stories at your local council, please let us know at [email protected].