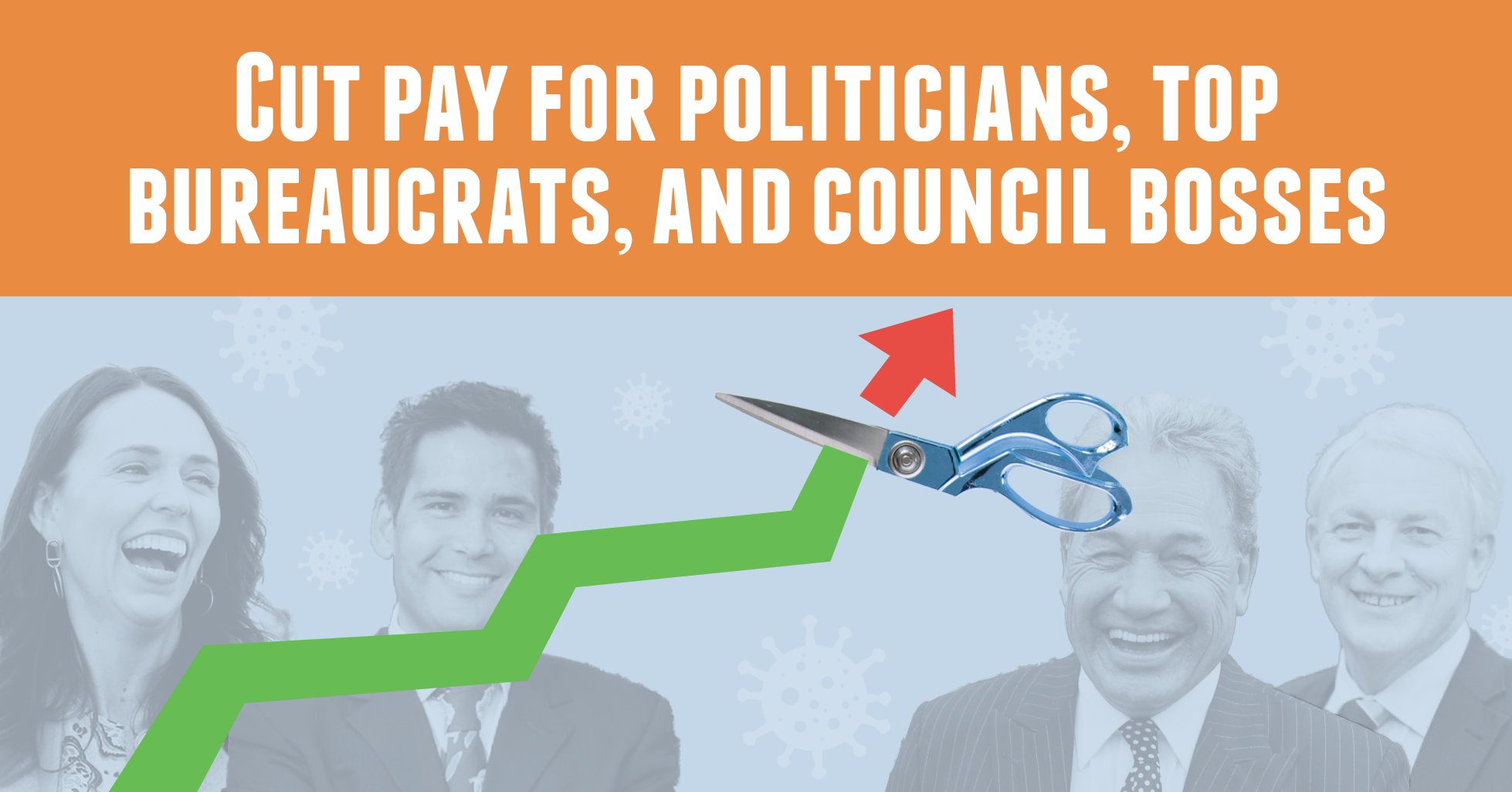 Today we have launched a new campaign to temporarily reduce the remuneration of politicians, senior bureaucrats, and council bosses to match those voluntary and involuntary efforts in the private sector where pay is being slashed.

We’re asking the public sector to fairly share the burden of the economic crunch by cancelling all pay hikes until the economy has recovered. We’re also asking elected officials, public sector CEOs*, and their leadership teams** to take a 12-month twenty percent pay cut.

A temporary salary reduction for those paid the most in the public sector would be a prudent and compassionate response to the pressures faced by households and businesses across New Zealand. Business leaders predict unemployment to rise to around ten percent in the coming months, and private sector bosses are taking financial haircuts to limit the impact on lower earners.

The average public sector salary is around a third higher than that of the private sector. They also have the luxury of far higher job security. A twenty percent pay cut is a small sacrifice in these extraordinary times when so many New Zealanders are losing their jobs.

A petition for taxpayers to support the campaign can be signed at www.paycut.nz

The Taxpayers' Union is also drafting a Parliamentary amendment bill:

* includes CEOs of SOEs and Crown Companies.
** defined as second-level managers who report to CEOs.