Op-ed: An ode to Phil Twyford’s epic record of failure 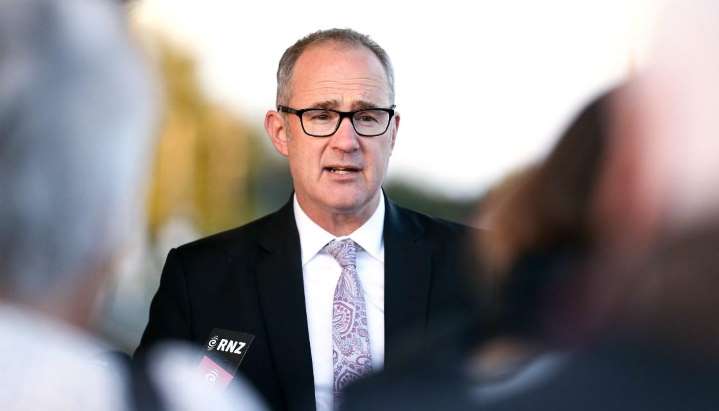 The following is an op-ed from Taxpayers' Union Campaigns Manager Louis Houlbrooke.

Phil Twyford says he will build light rail in Auckland if Labour wins the next election.

Of course, he promised exactly the same thing at the last election and, after spending two and a half years in discussions and $5 million of taxpayers’ money commissioning reports, nothing has been decided, far less built.

A Minister reaches a low point when he goes for re-election solemnly vowing to implement an old flagship policy ‘for real’ this time around. It was promised previously, it was not delivered. But perhaps it’s for the best: Twyford’s record of expensive policy failures suggests a tram down Dominion Road would terminate in hell.

When elected in 2017, Phil Twyford promised to build 100,000 KiwiBuild homes in 10 years, with an initial investment of $2 billion. More than two years into that period, KiwiBuild has delivered just 548 houses. At the current rate, Twyford’s promise will be fulfilled in a mere 436 years. He’s been stripped of his KiwiBuild responsibilities and the new Minister in charge, Megan Woods, avoids even uttering the policy’s name.

He also promised to build SkyPath – a cycleway across Auckland’s Harbour Bridge – for $67 million. The budget has already blown out to $360 million, with work not yet begun.

Then there was his 2017 promise to make “virtually all” of the Government’s 15,000 vehicles electric by 2025. So far, he’s achieved it for less than one percent.

Not content with a track record that makes David Clark look like Mr Fix-it, Phil Twyford appears determined to one-up himself. In the last month, he has unleashed a new tranche of disappointment and waste.

Twyford said he was a “huge advocate” for a rapid rail, a 60-minute service between Hamilton and Central Auckland, even though it was not a 2020 election pledge. That last part was surprising, considering he had commissioned a business case for his beloved project.

The business case put the cost of rapid rail “between several billion and more than $10 billion.”
The Taxpayers’ Union economist’s reaction was to start sobbing into his well-loved copy of Adam Smith’s ‘The Wealth of Nations’. “What kind of business case is that?” he lamented. “It’s going to be between two billion and more than ten. How do you even start to do a proper cost-benefit analysis when you have no real idea of the cost?”

We told our economist to do his job and find the midpoint of several billion and infinity. His head exploded and the Union is currently looking for a new economist.

Then there are the ongoing blowouts and delays in the Transmission Gully highway project. But according to Phil Twyford, Phil Twyford is not to blame. Apparently, 2020’s pandemic caused the problems of 2019 and 2018. Bad news, Dr Bloomfield: the virus is time-travelling.

Twyford had nine long years in opposition to develop policy, and now three longer years in government to implement it. He has failed at every major hurdle so far and shows no sign of reforming.

So, how has the Prime Minister responded to Twyford’s epic series of failures? She’s promoted him. Now at number four on Labour’s list, Twyford trails behind political powerhouse Kelvin Davis, but is ahead of Chris Hipkins, who runs a third of the Government, and Megan Woods – who seems to run the rest.

The Honourable Phil Twyford’s record this year won him the award for lifetime achievement in government waste. The previous year’s recipient, Sir Tim Shadbolt, troughed away for 35 years to receive that honour. Twyford got there in three. He’s that good at being bad.