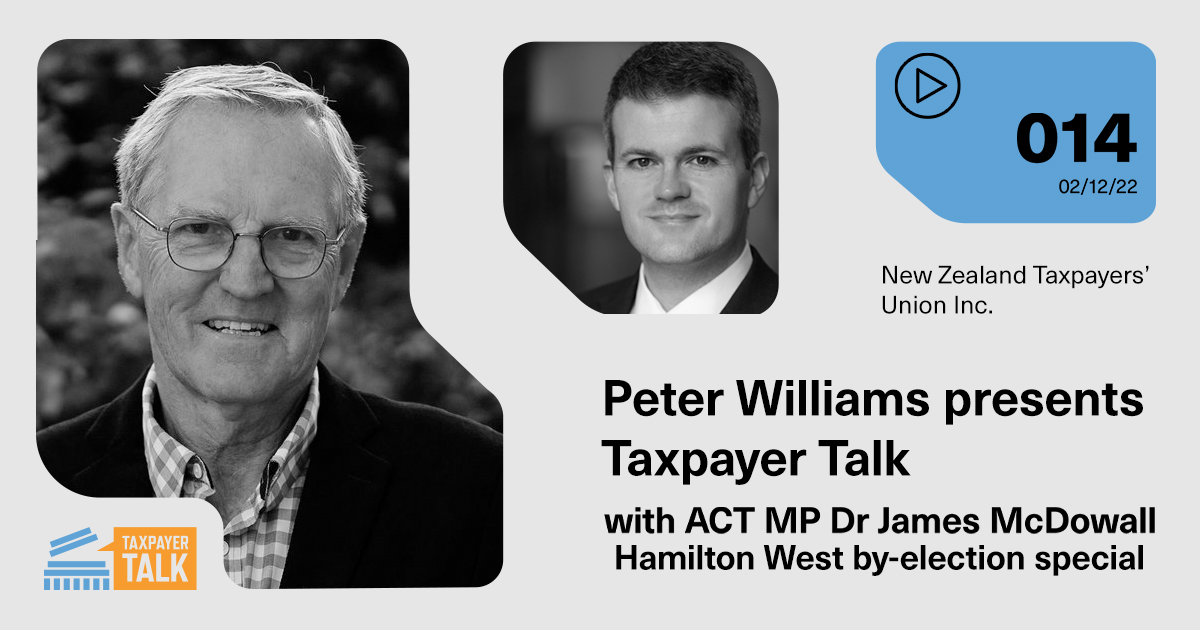 The three highest polling candidates for Hamilton West were all invited to appear on this podcast but only Dr McDowall agreed to appear. Peter and James discuss the issues facing the electorate, his background before politics and why he wants to be Hamilton West's local MP.

Later in the podcast, Peter is joined by Taxpayers' Union Executive Director, Jordan Williams, and Campaigns Manager, Callum Purves, to discuss the by-election, Three Waters entrenchment and u-turns by National and ACT on their tax policies.

The Taxpayers' Union is co-hosting an election debate with The Working Group at 7pm on Monday 5 December in Hamilton. The top five highest polling candidates will be present. You can RSVP by clicking here.

If you have any comments, questions or suggestions feel free to email [email protected]

You can also listen to Taxpayer Talk on Apple Podcasts, Spotify, Google Podcasts, iHeart Radio and all good podcast apps.