Petition to Toyota: Pay the $391,000 back to Palmerston North ratepayers 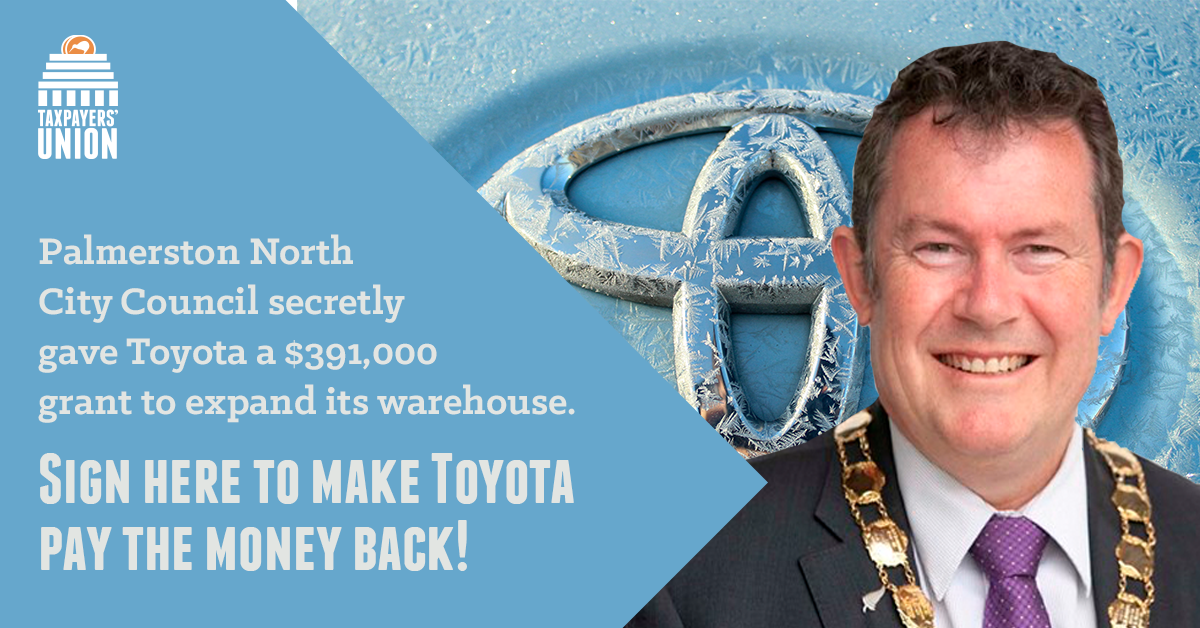 We say that, with profits of more than 22 billion USD, Toyota can afford its own warehouse upgrades without handouts from Palmerston North ratepayers!

The Council and Toyota have so far refused to explain why or how this decision was made. Enough is enough. We are launching this petition calling on Toyota New Zealand the pay the money back.

"I call on Toyota New Zealand to pay back the $391,000 sum taken from Palmerston North ratepayers."