Time for Fed Farmers to be weaned 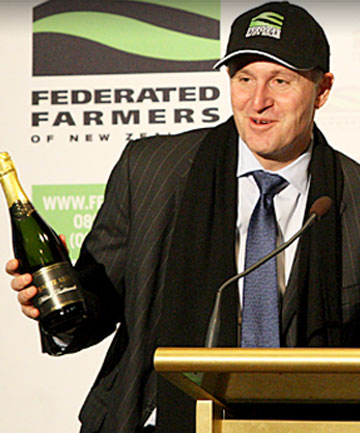 In yesterday’s NBR it was revealed that the Federated Farmers lobby group had received $228,000 of taxpayers’ money in the past five years.

“It shows Federated Farmers received many payments via three Sustainable Farming Fund projects – a contestable fund investing up to $8 million a year in applied research and projects led by farmers, growers and foresters.

The $228,658 in payments include three separate Federated Farmers farm days from 2010-2012 that the ministry contributed almost $150,000 toward. Other payments were made for leadership programmes, training seminars for farm managers, two Federated Farmers’ AGMs, as well as attendance at an international sheep meat forum in Brussels.”

We have called for Fed Farmers to be weaned off taxpayer funding.

Government agencies should not be handing over taxpayers’ money to lobby groups and pet causes. Here a group that speaks for one of our largest industries is on the take form the Government’s ‘Sustainable Farming Fund’.

How can a lobby group such as Fed Farmers remain credible and independent, when it’s receiving taxpayer funded top ups?