The agreement Jacinda Ardern does not want you to see 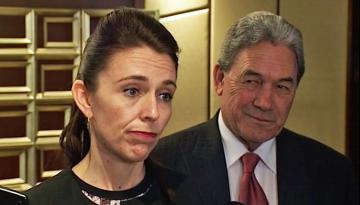 When the new Government was formed, Deputy Prime Minister, Winston Peters, let slip that a "hidden addendum" to the Labour-NZ First coalition agreement had been agreed to, which clarified how the new Government will operate. Mr Peters promised that the document, apparently 38 pages long, would be released at a later date.

That document is of obvious public importance – it contains Ministerial directives and records the deal between the two parties. Despite that, and Mr Peters' comments, the Prime Minister’s Office has refused to release the document in responses to requests under the Official Information Act. Incredibly, Ms Ardern claims the document doesn’t represent “official information”.

We say that’s absurd. This document allegedly sets down to Ministers the rules and expectations of the coalition. Matters such as whether NZ First has a veto on budget expenditure, or changes in tax settings, are apparently covered. It is at least as constitutionally significant as the Cabinet Manual - the core of Executive Government.

We say that taxpayers, voters, and the public are entitled to know what is in the document and what the Government has agreed to.

Jacinda Ardern made much of transparency and freedom of information while in opposition. We say she should walk the walk and are asking our supporters to join us in signing this petition to tell the Prime Minister to follow the Official Information Act and release the secret agreement.

"We call on Jacinda Ardern to respect the official information act and release the secret 38-page addendum to the Labour - NZ First coalition agreement."