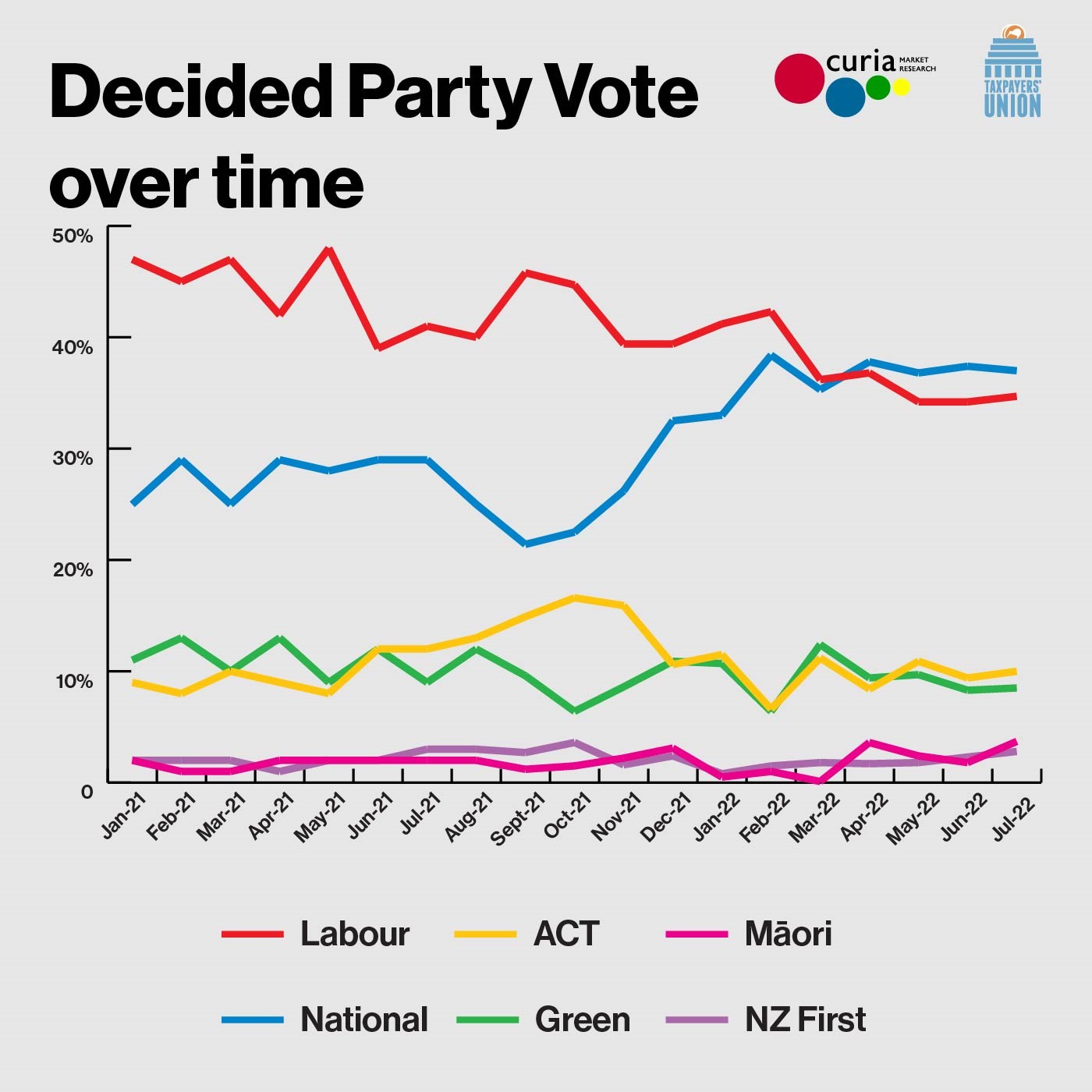 While this result is broadly positive for the Left, there is very little shift in specific party support aside from a reduction in the share of respondents choosing 'other' parties and a boost for Te Pāti Māori. 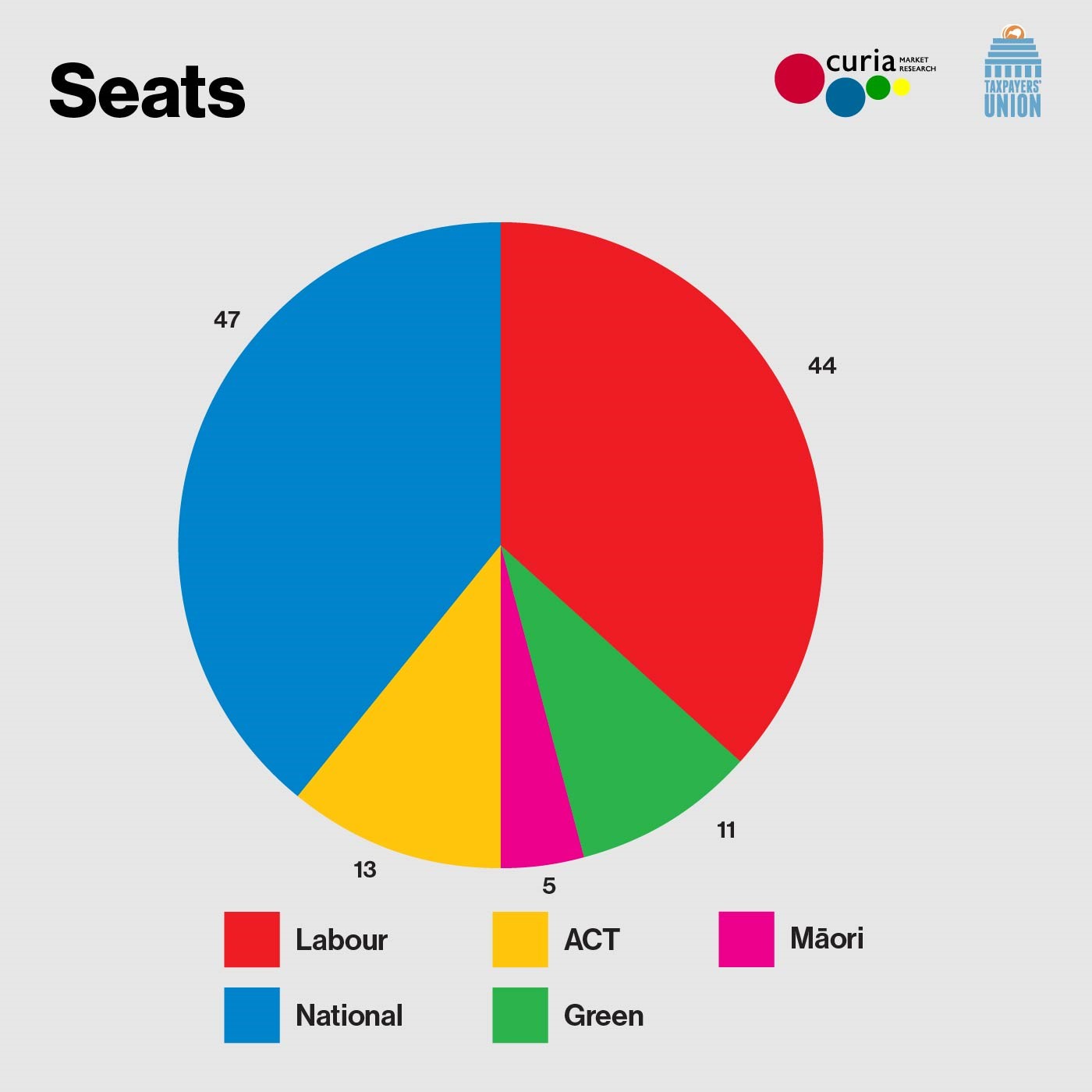 If Te Pāti Māori refused to support a Centre-Right coalition, this result would mean a hung Parliament and likely a second election. See our newsletter for commentary on this. 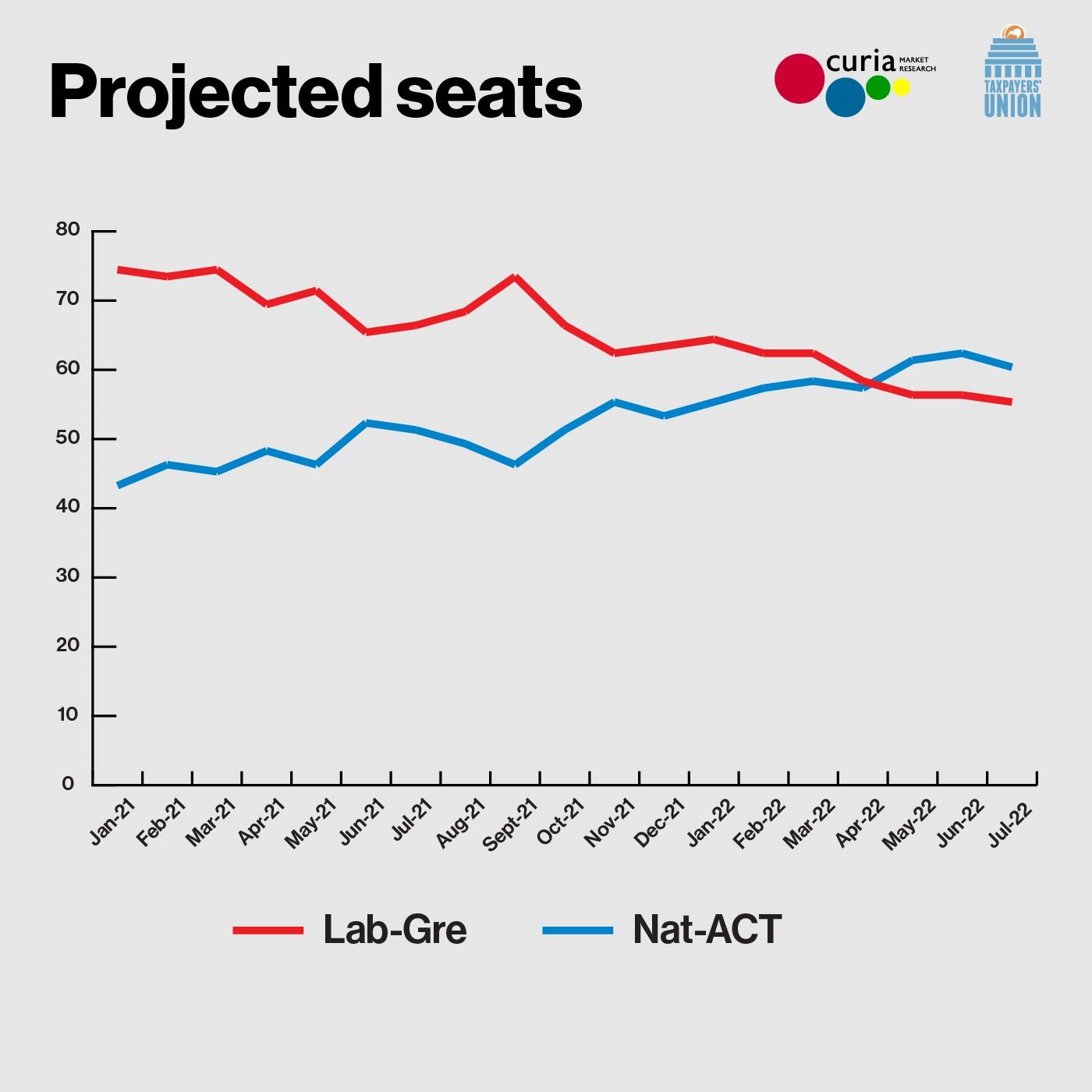 Jacinda Ardern has improved her position as preferred Prime Minister, while Christopher Luxon's personal support has dropped off after the United States Supreme Court's abortion ruling. 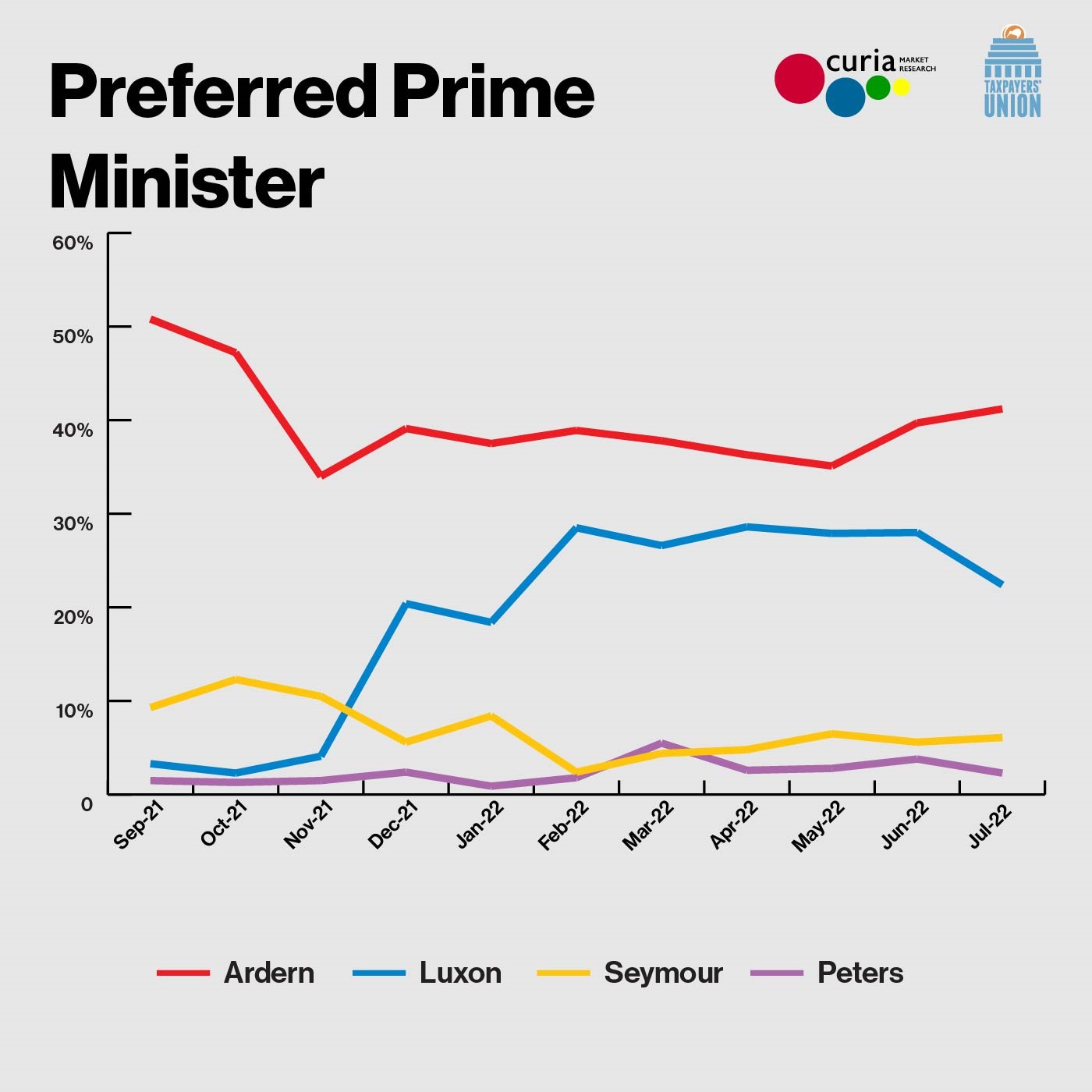 In terms of what issues respondents identify as their major voting issue, COVID-19 continues to fade in importance. Focus on the cost of living has also eased off. 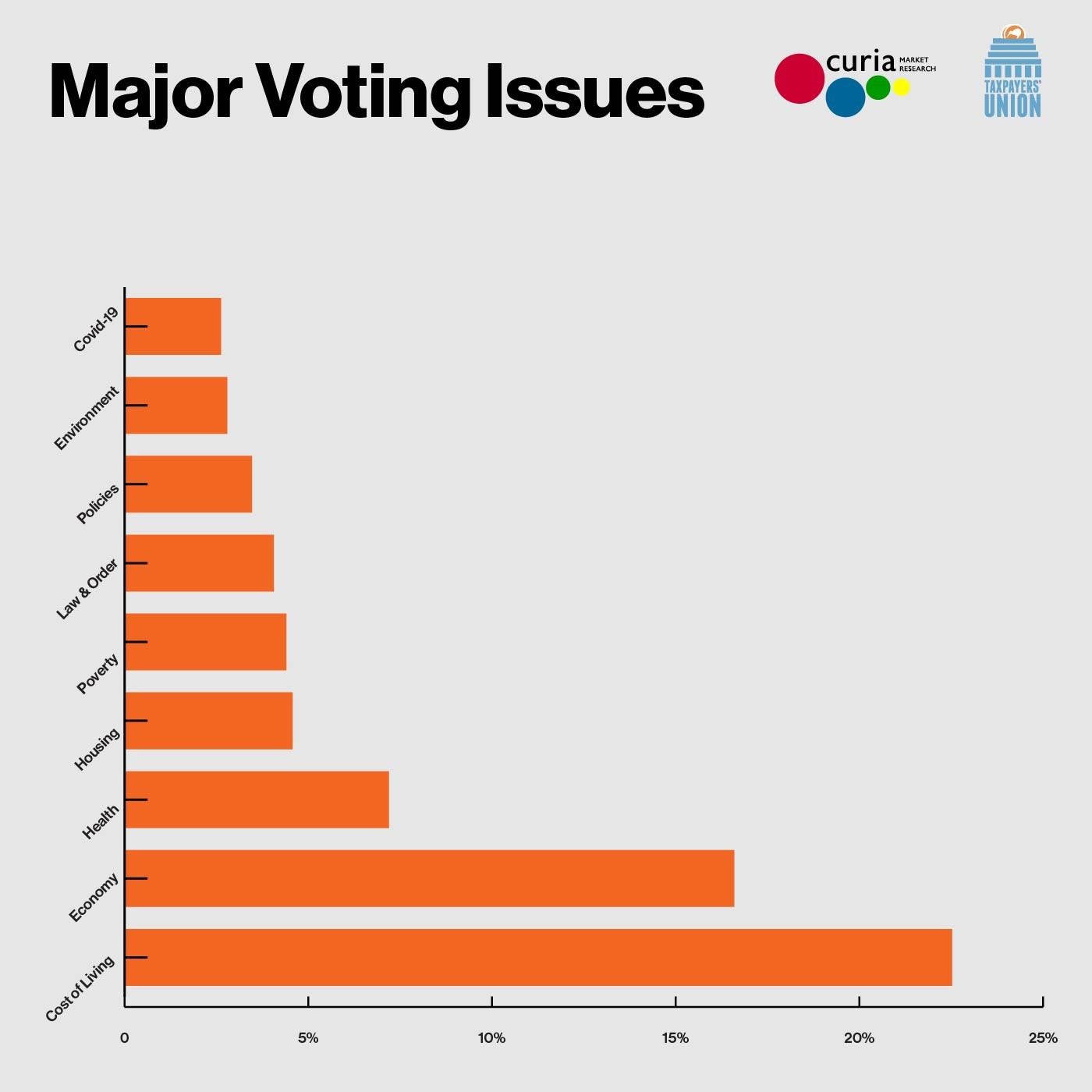 The Taxpayers’ Union Curia Poll was conducted from Sunday 03 July to Sunday 10 July 2022. The sample size was 1,200 eligible New Zealand voters 800 by phone and 400 by online panel. The sample selection for the phone panel is from those who are contactable on a landline or mobile phone selected at random from 20,000 nationwide phone numbers. The results are weighted to reflect the overall voting adult population in terms of gender, age, and area. Based on this sample of 1,200 respondents, the maximum sampling error (for a result of 50%) is +/- 2.8%, at the 95% confidence level. This poll should be formally referred to as the “Taxpayers’ Union Curia Poll”.