Exclusive to members and supporters, we can reveal the results of the fifth monthly Taxpayers’ Union Curia Poll – the first scientific political poll published by anyone this year.

The polling period finished on 17 January, so it does not cover the most recent developments in the Government's Covid-19 response. 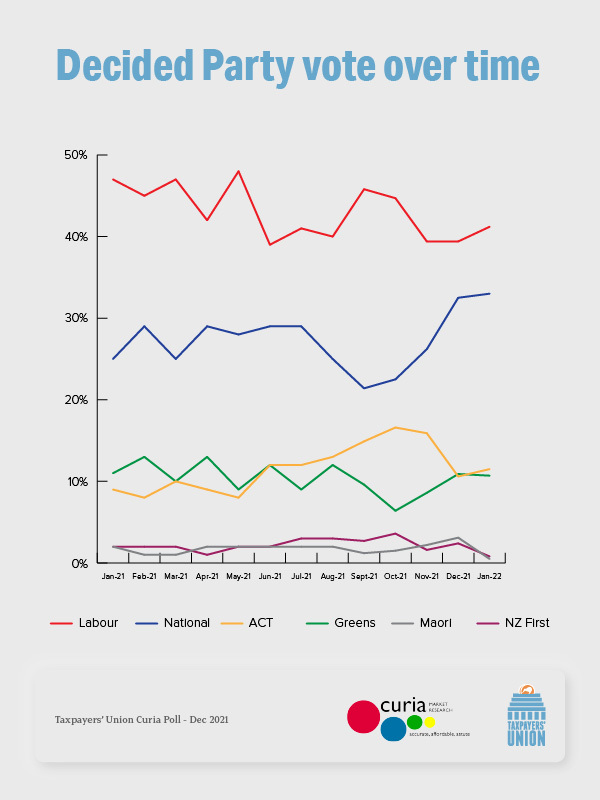 In short, there has been no significant change in the overall mix of party support over the summer break. 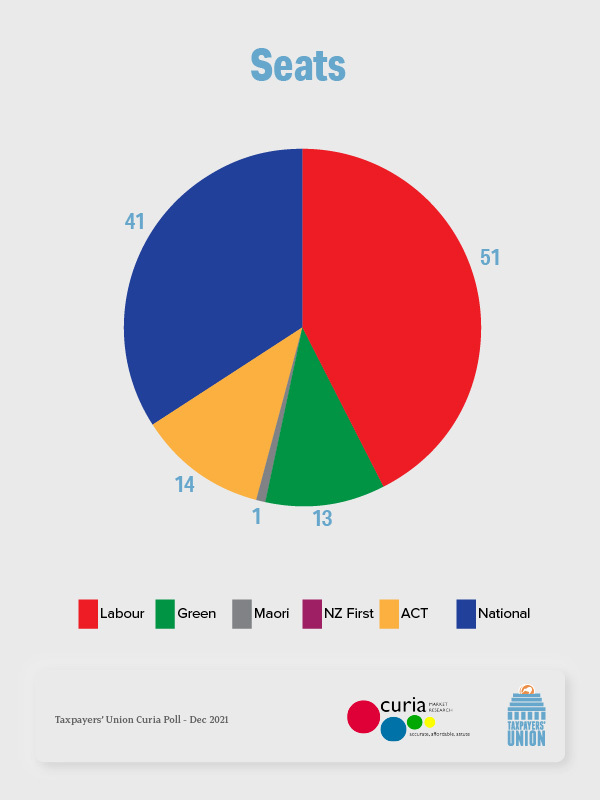 The minor shifts in party support result in National and ACT each gaining a seat, Labour gaining two, the Greens losing one, and the Māori Party losing three. This is a slight improvement in position for the Centre-Right parties, but seat changes based on such small changes in party support should be taken with a grain of salt. 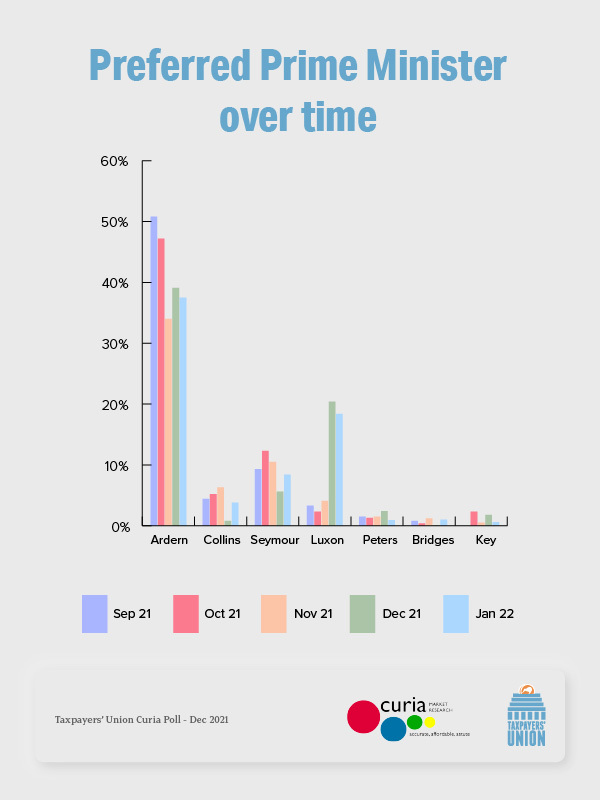 Ardern and Luxon are both down slightly. Seymour recovers some of the support he lost upon the appointment of Luxon as National Leader. Collins bounces back into the ratings.

The summer break sees the first significant increase in New Zealanders saying the country is heading in the “right direction” in over a year: 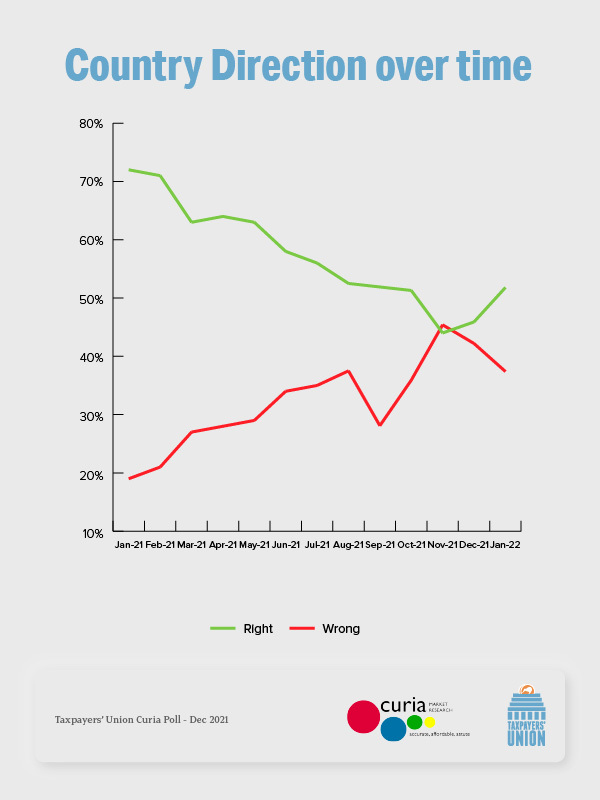 The obvious question is to what extent this positive change simply reflects a typical lift in public mood over the holidays.

The poll also asked New Zealanders whether Labour or National is seen as "best at" a range of issues: 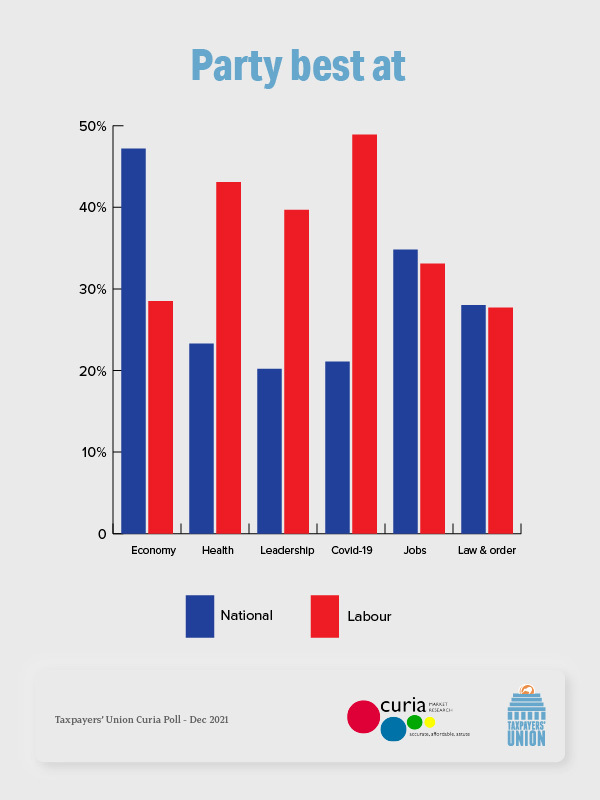 National is now seen as significantly better than Labour on the economy. Three months ago National was five points behind on this measure – now they are 19 points ahead. National has also pulled ahead of Labour on "jobs" for the first time since we started polling.

Labour is seen by voters as far better than National on Health, Leadership and Covid-19.

The Taxpayers’ Union Curia Poll was conducted from Monday 10 January to Monday 17 January 2022 with the median response on Thursday 13 January 2022. The sample size was 1,000 eligible New Zealand voters who are contactable on a landline or mobile phone selected at random from 20,000 nationwide phone numbers. The results are weighted to reflect the overall voting adult population in terms of gender, age, and area. Based on this sample of 1,000 respondents, the maximum sampling error (for a result of 50%) is +/- 3.1%, at the 95% confidence level. This poll should be formally referred to as the “Taxpayers’ Union Curia Poll”.