Taxpayer Update: What will PM Muller do | Race-based funding | Pork 🐷

The National Party has a new Leader 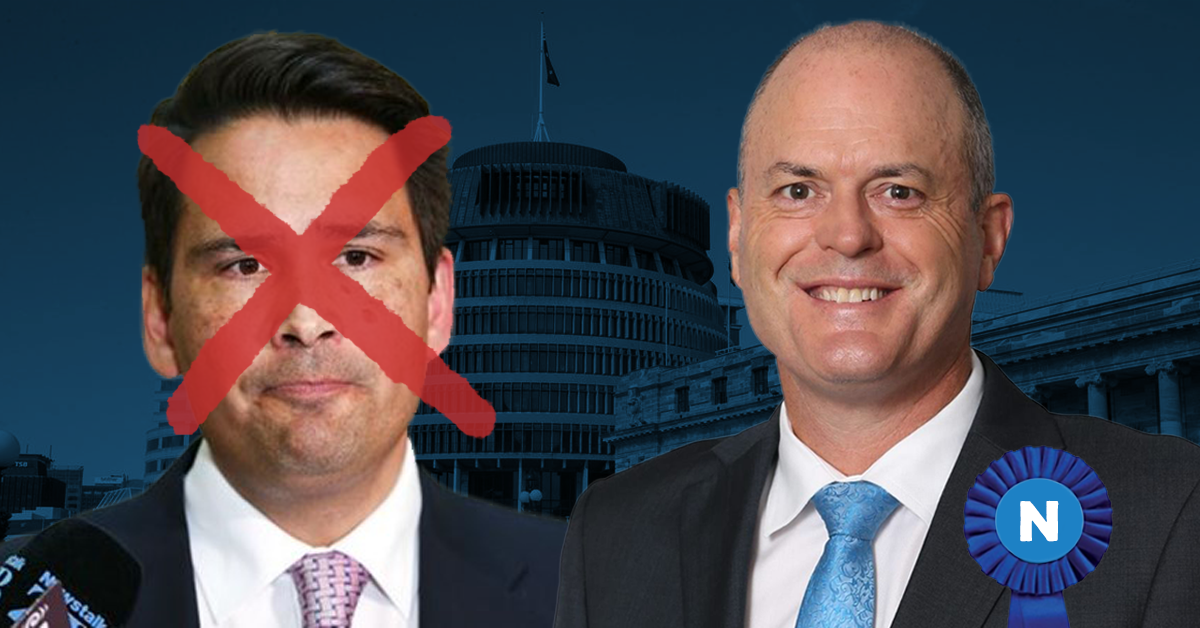 While we don't endorse political parties, we watch National very closely as a party of 'limited government'. Even if they fail to take back the Beehive in September, they have the power to force the Government's hand on policies that seriously impact taxpayers.

What would a Prime Minister Muller do?

With the media focused on the politics and personalities of this saga, there has been next to zero coverage given to what matters: the policies Todd Muller would push as Prime Minister.

Any promises made by Simon Bridges are now effectively void, meaning Muller has to answer questions like:

We're seeking a meeting with Mr Muller next week to get a steer on where he stands on these issues and more.

Coincidentally, we sat down with Todd Muller for a podcast interview just a few days before he announced his leadership bid. He described himself as "broadly socially conservative, and from an economic perspective reasonably liberal".

If you want a measure of the man, I recommend listening to Islay's interview with Muller here.

It is to Todd Muller’s credit that he is one of the few MPs to have taken a pay cut – in his case of over $600,000 a year – to enter Parliament, having left a high-powered position at Fonterra. This suggests he is motivated by public service rather than raiding the taxpayer’s wallet.

He is one of the few MPs who has paid more tax in this life than he has taken out of the system, unlike most Labour MPs and sadly many National MPs.

This week we revealed that COVID-19 support funding for general practitioners was allocated significantly on the basis of enrolled patients’ ethnicities.

A response we obtained under the Official Information Act showed that GPs received $4.50 in funding per Māori or Pacific patient with any other ethnicities worth only $1.50 – only a third of the amount.

Elderly and individuals from low socio-economic areas were valued at the increased Māori/Pacific amount.

So much for the Government’s COVID-19 slogan that ‘we’re all in this together’. Skin colour shouldn’t be the proxy for how much money the Government allocates for healthcare.

COVID-19 doesn’t spread to Māori and Pacific patients more than other patients. In fact, only 8% of cases in NZ involve someone of Māori ethnicity and 5% for patients of Pacific ethnicity. This is around half their respective shares of the population so in fact they are less affected than other ethnicities, yet they get 200% more funding. This is putting wokeness ahead of public health.

Sometimes Māori and Pacific health is targeted because those communities are generally in low socioeconomic circumstances. But for GPs the Government has all of that socioeconomic data, and could have targeted the money on that basis.

Had the Taxpayers’ Union not sought out clarification over how funding was distributed, the information would never have been available to the public.

Rates freeze campaign: “Now is not the time to put up Council taxes”

An economic crisis is the worst time to increase taxes – and that includes council taxes.

On Monday night Jordan spoke to Q&A making the case for rates freezes: unlike income taxes, the level of rates don’t reflect the ability to pay. This means struggling businesses and households who have lost their livelihoods are still hammered. 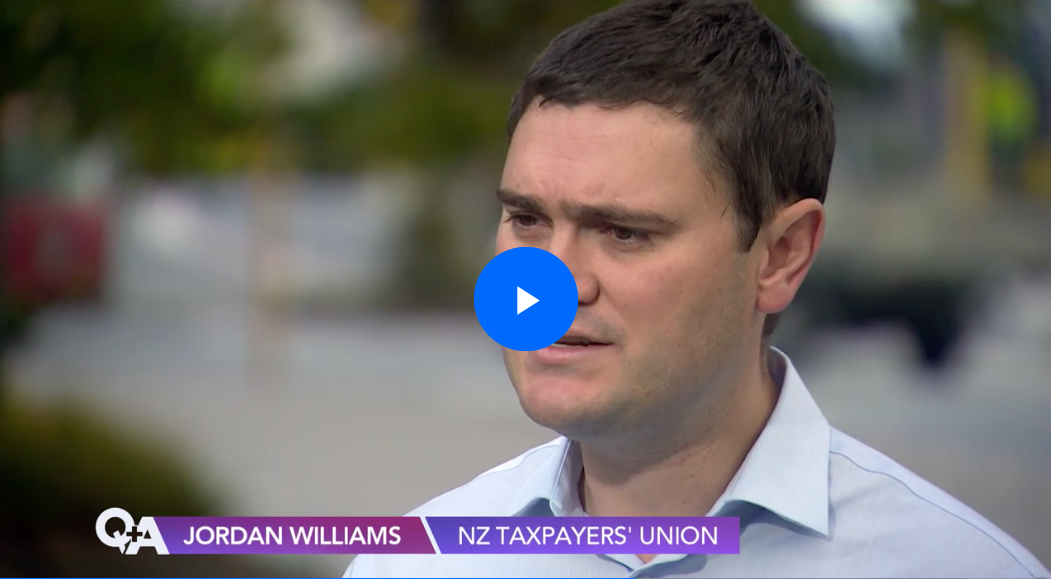 Has your local council agreed to a rates freeze?

We’re tracking the status of all councils on our rates freeze dashboard, with recent significant victories including Taranaki Regional Council and Nelson City Council.

The message is starting to sink in. So far, 14 councils have agreed to our call for a freeze rates. Another 37 have reduced their planned rate hikes.

A minority of councils are still proceeding with their pre-COVID rate hike plans, but I'm confident we can make them flip.

Here's how the regional and unitary councils are tracking: 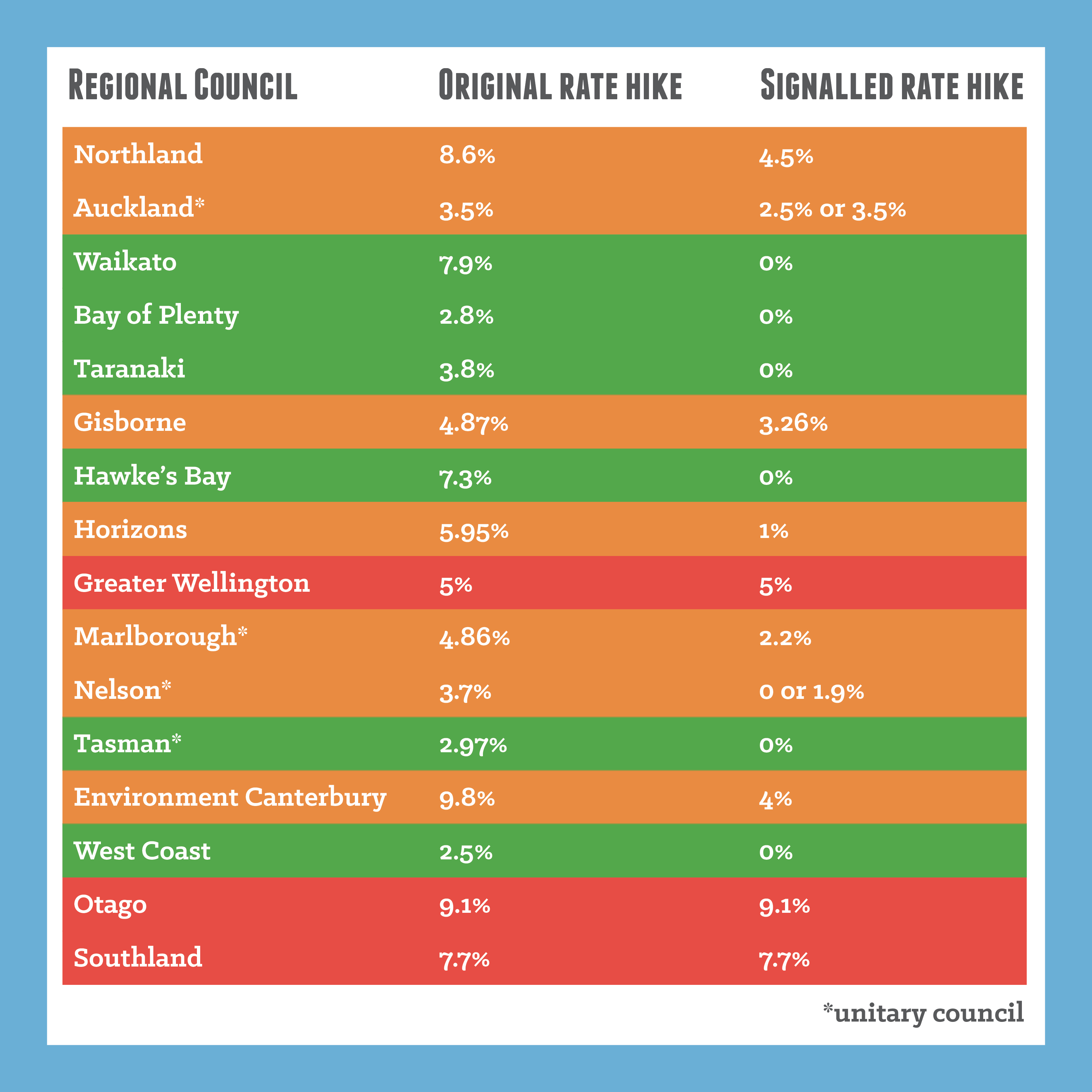 What about Auckland Council?

Our sister group, the Auckland Ratepayers’ Alliance, will soon be rolling out its own campaign for a zero rates increase in Auckland. This will include leaflet drops, yard signs, and a dedicated website through which ratepayers can make submissions as part of the Council's 'emergency' consultation.

Next week the Alliance is also unveiling billboards promoting the Auckland Town Hall Rich List. If you haven't already, take 30 seconds to look at www.richlisters.nz.

The Council’s “2.5% or 3.5%” consultation options are designed so that the Mayor can claim Aucklanders support a rate hike when submissions inevitably favour the 2.5% option. We want to achieve a majority of submissions favouring a zero rate hike (or temporary reduction), regardless of the options currently being put forward by Auckland Council. 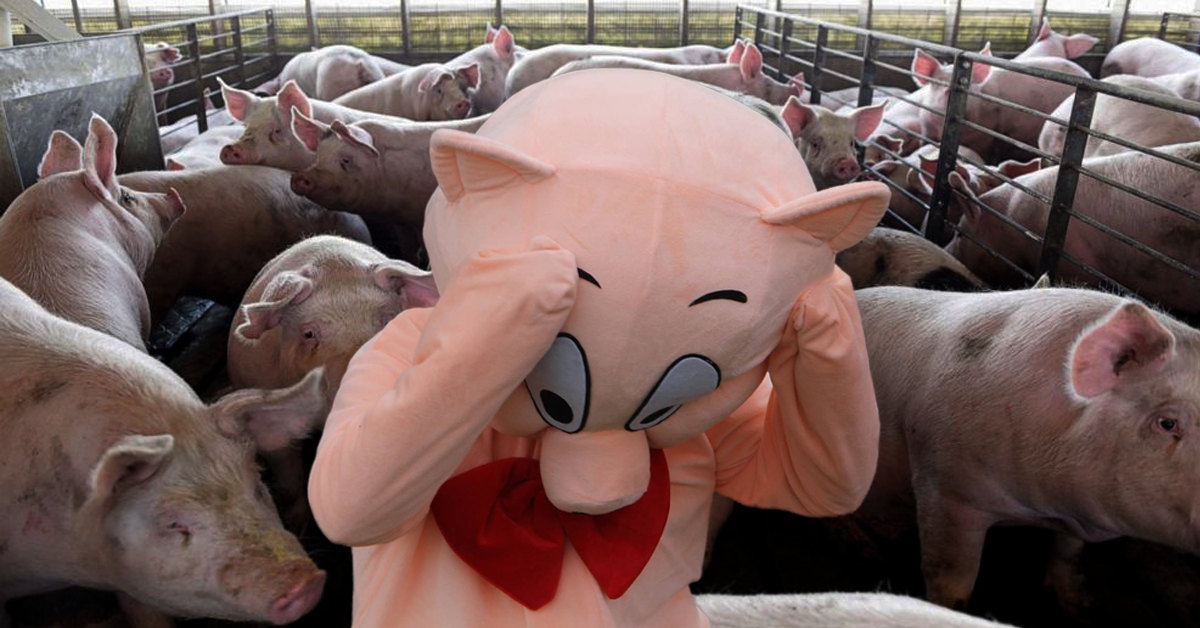 Seven weeks ago, Ministers learned that, with butchers closed, a surplus of pigs threatened to create animal welfare problems.

Officials suggested allowing retail butchers to open under COVID-19 rules, but the Government dismissed that advice. As a result, taxpayers are now buying 2,000 pigs a week.

The Government’s determination to shut down butchers against official advice hurt those businesses, damaged the pork industry, and made conditions worse for pigs. Even with the taxpayer footing the bill for 2,000 pigs a week, this only covers up to 40% of the weekly surplus. The other 60% will have to be destroyed. What a waste.

Our mascot, Porky the Waste-hater, asked me to include his thoughts in this newsletter:

Everyone knows how the life of a pig on the farm will end. Pigs are smart and sociable creatures and deserve to be treated with respect. When they do make the ultimate sacrifice, it should be for something noble like a bacon sandwich. Instead, 5,000 pigs a week are being killed for nothing. Where's the kindness in that?