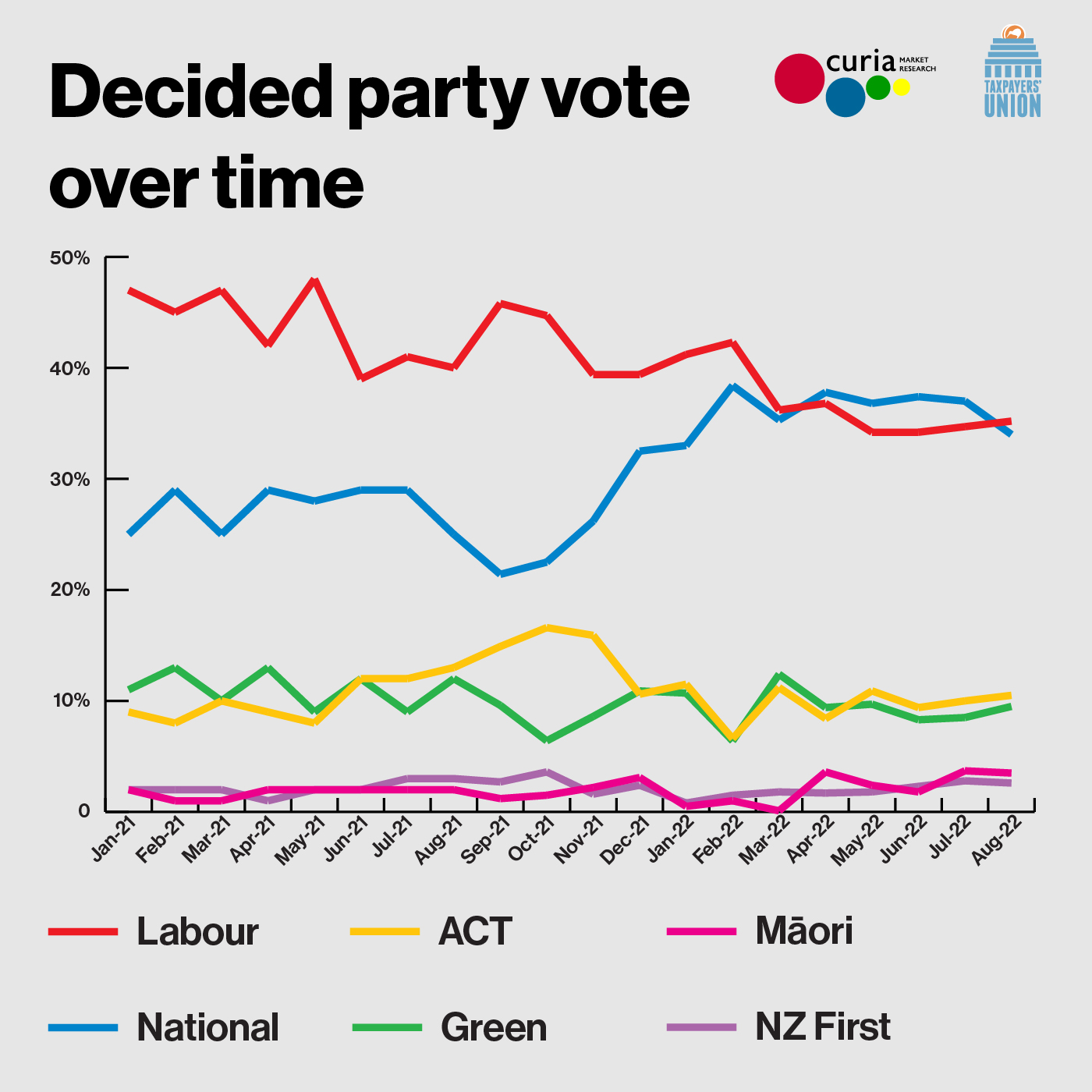 Exclusive to supporters like you, this month's Taxpayers' Union-Curia Poll shows an overall gain for the Labour/Green centre-left parties at the expense of the National/ACT centre-right bloc. Applying the results to seats Parliament, neither has the 61 seats required to govern without the Māori Party. 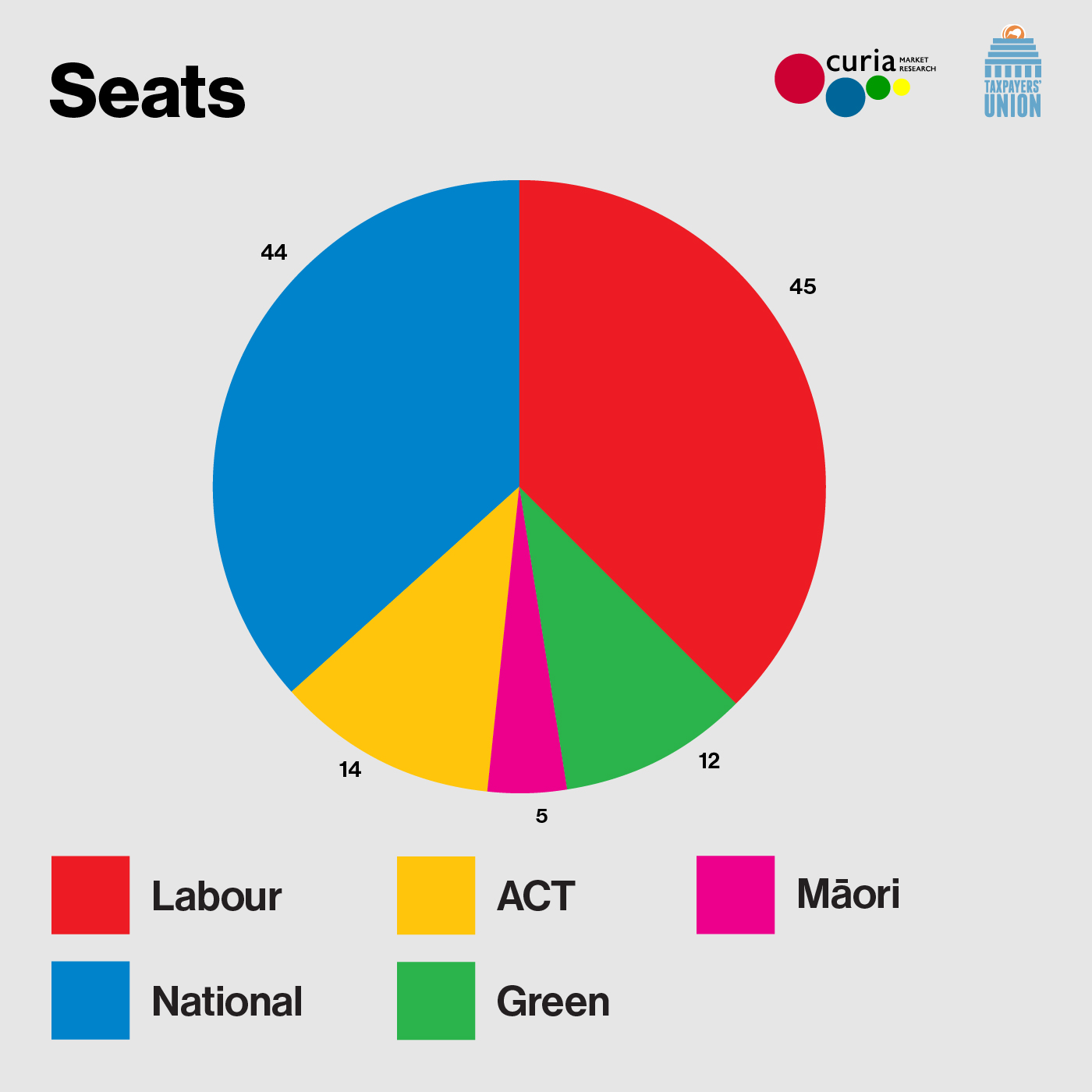 With five seats, the Māori Party would determine who will form a Government next year on these numbers.

We've just released the key results on our website here.

Not good news for Luxon

Christopher Luxon's Preferred Prime Minister results continue their slide. Mr Luxon was on 28% in June is now on just 19.5% today. Jacinda Ardern is at 39.5%. 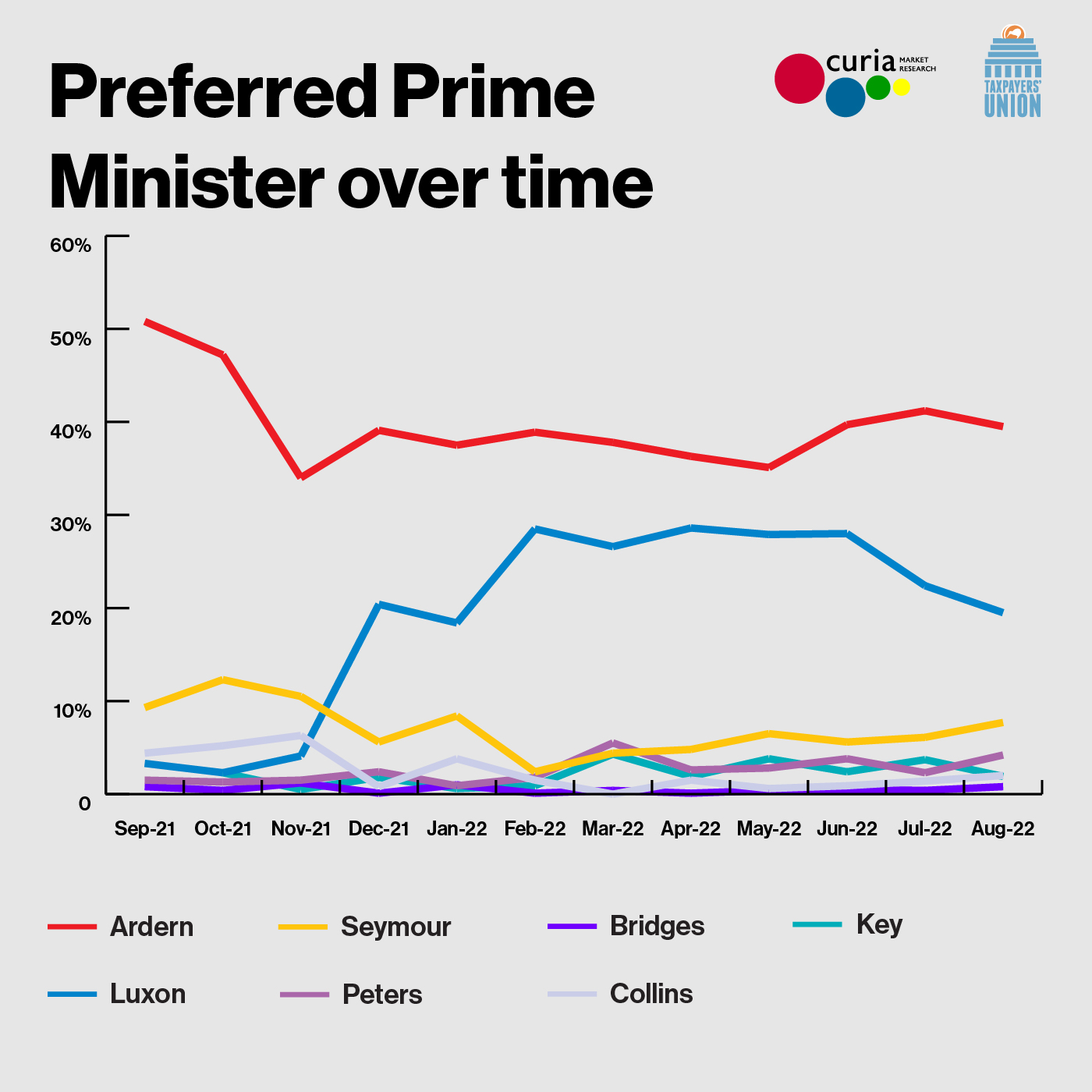 Cost of Living (22.7%) is by far the issue most Kiwis are thinking about when considering who to vote for, followed by the economy. Despite what the media would have you believe, just 4% of Kiwis rank the environment as their most important voting issue right now.

Most Kiwis want the Government to cut taxes...

As part of this month's poll, our polsters asked voters whether they support a temporary 10% reduction in overall income tax for all families to help with the increased cost of living. 59% said yes.

Something that the Beehive should take note of is that Labour voters are the most in favour of a temporary package for across-the-board tax relief! 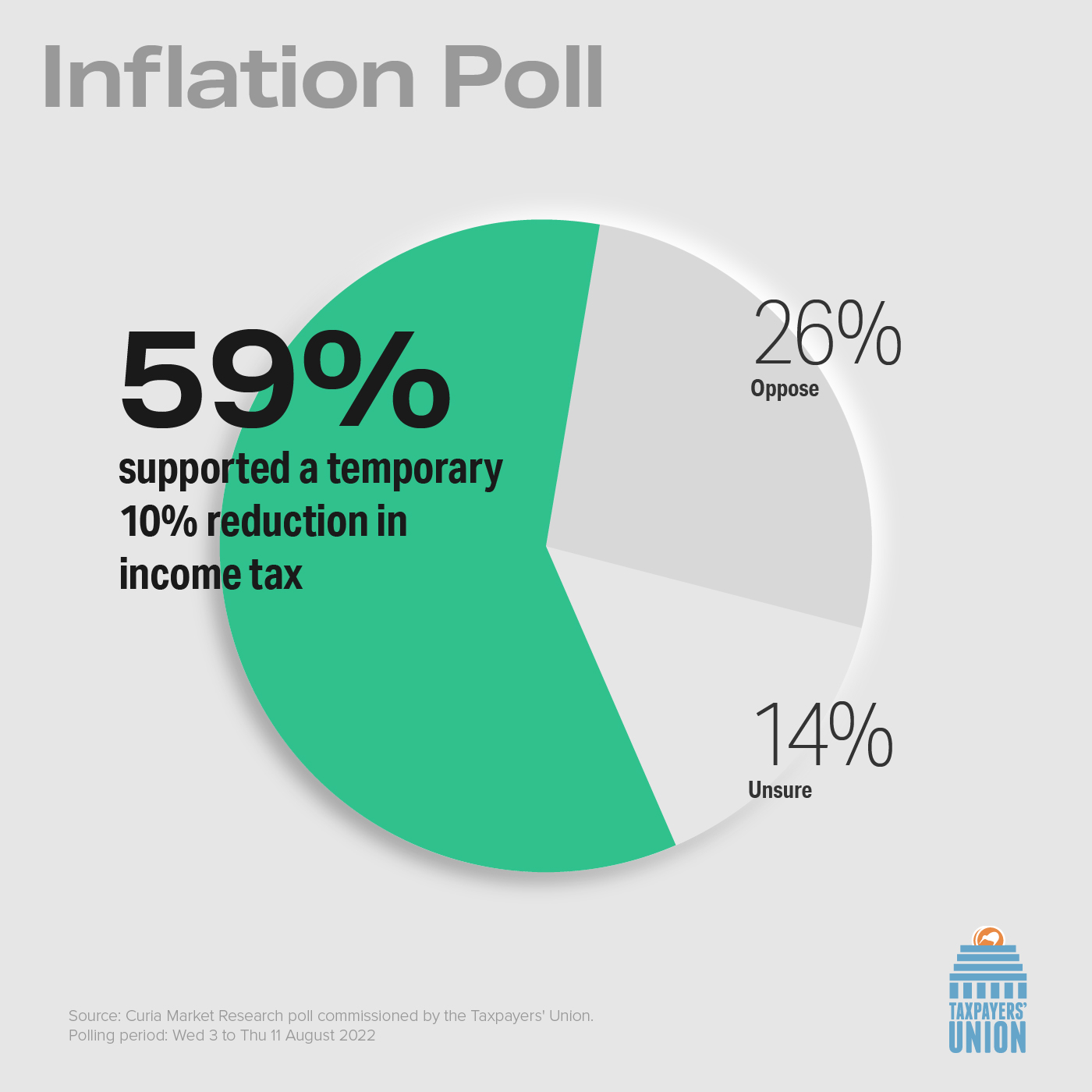 Our pollsters asked 1,200 Kiwi voters if the Government should be increasing, decreasing, or maintaining spending levels in response to high inflation.

The most popular response – 45% – was that Government should decrease spending. Only 12% of respondents thought increasing spending was the right idea and 27% said spending should be kept the same.

The poll suggests that Kiwis know very well that the Government's record spending is driving up prices across the board. So next time Labour MPs try to troll National Party leader Chris Luxon with claims his Party will 'cut spending' Mr Luxon should say yes! 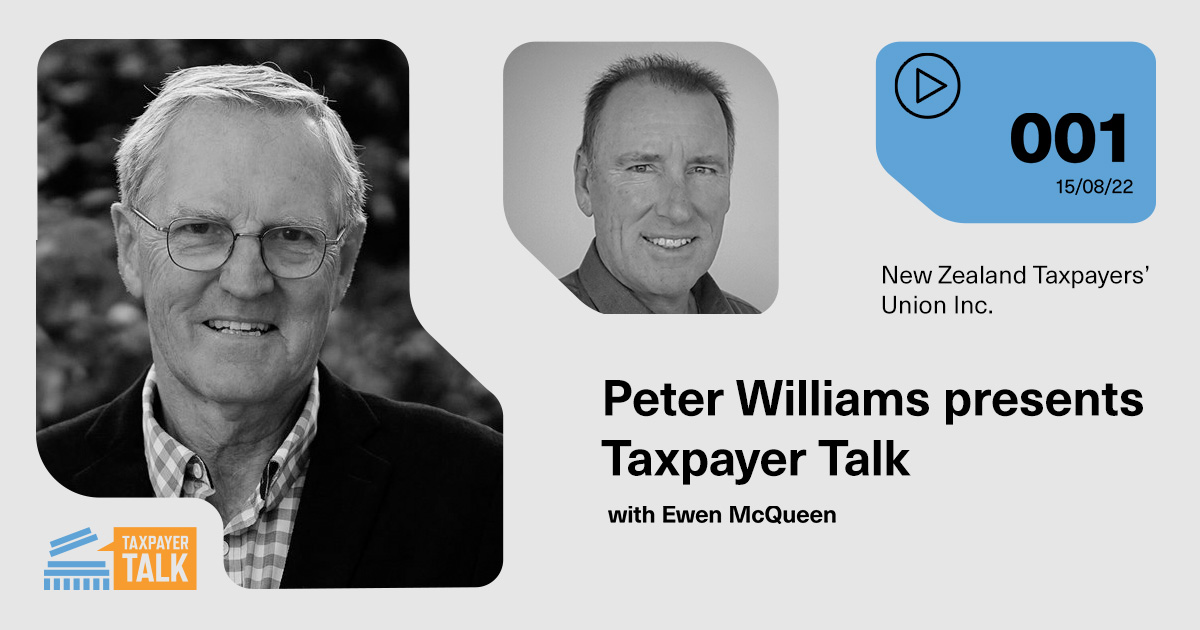 Former TVNZ broadcaster (now Taxpayers' Union Board Member) Peter Williams has taken over as host of our new weekly Taxpayer Talk podcast. In this week's episode, he speaks to author and social commentator Ewen McQueen on his book One Sun in the Sky: the untold story of sovereignty and the Treaty of Waitangi. He also hosts our first of what we plan to be a weekly political panel, this week covering the Taxpayers' Union-Curia poll and problems within National.

You can listen to the episode on our website here, or via Apple Podcasts, Spotify, Google Podcasts, iHeart Radio or via any good podcast app. 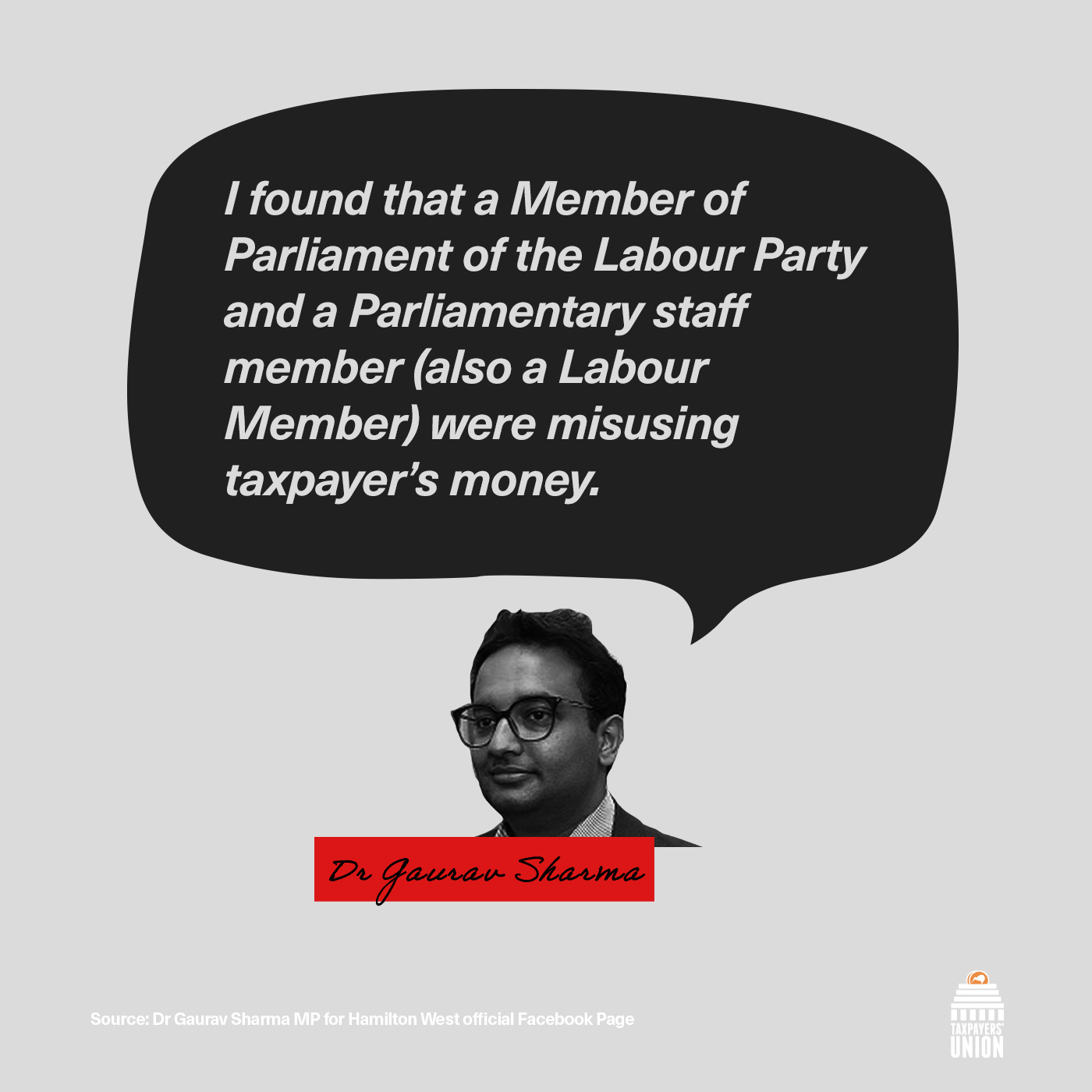 During our polling period, the National Party were dealing with allegations of historical bullying by new MP Sam Uffindel, but by the end it was Labour under the pump as they batted back accusations of bullying from one of their own, Hamilton West MP Dr Gaurav Sharma.

Buried in his lengthy allegations, was the assertion that a Labour MP and Parliamentary Service staff member were "misusing taxpayer's money". This could have been lost in the drama, but your humble Taxapeurs' Union is determined to get to the bottom of it.

If not the Auditor General, we know of a reputable independent organisation which has specialist expertise in throwing sunlight onto government waste. That's why we wrote to all MPs to remind them that (as the IRD used to say) "we're here to help". 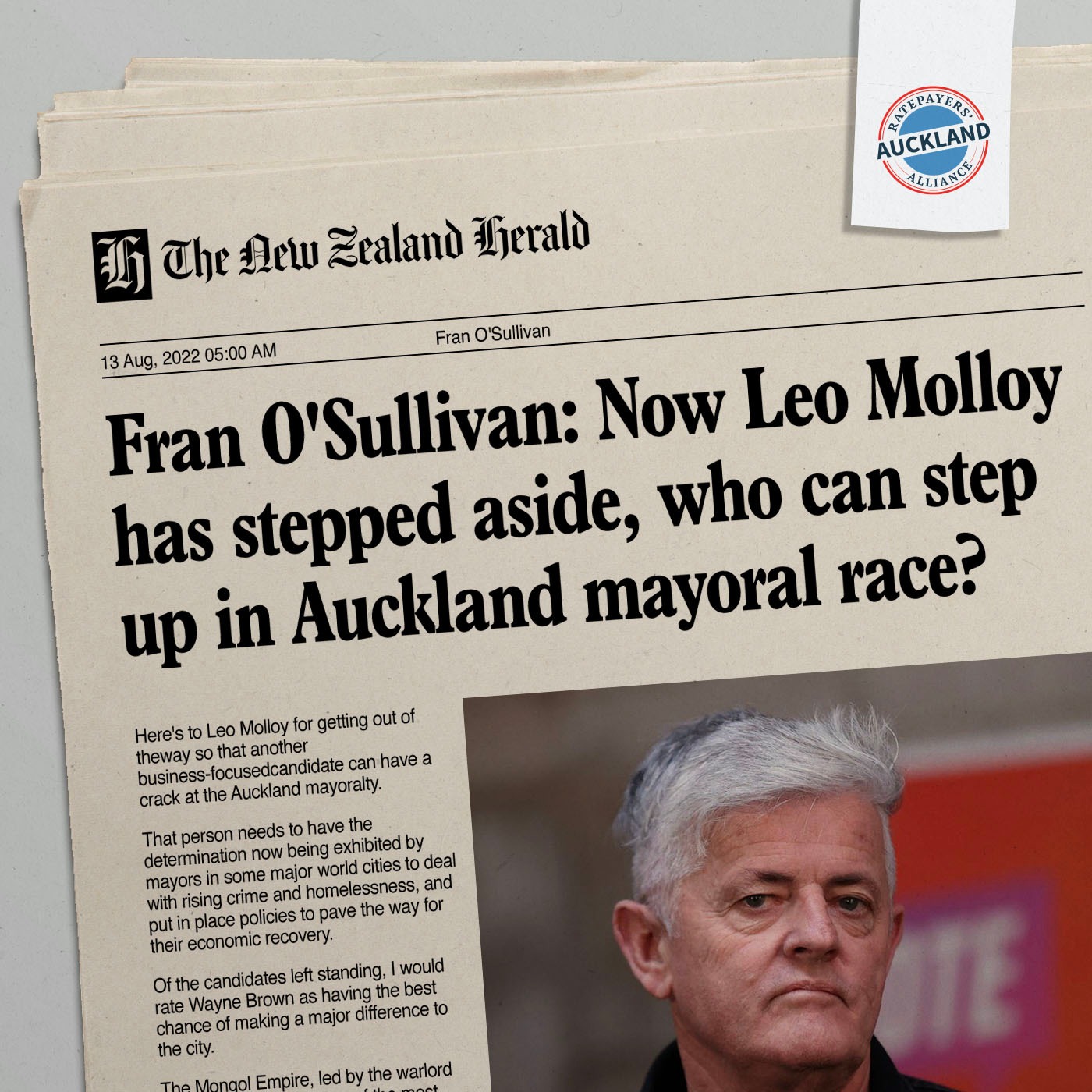 Our sister group, the Auckland Ratepayers Alliance has also been keeping the posters busy. In a first for the Super City, they've been tracking support of the leading mayoral candidates, and their poll released on Friday saw the self styled shockjock-come-restaurateur, Leo Molloy pull out of the race.

Labour-endorsed and sitting councillor Efeso Collins is the front-runner to take the Mayoral Chains from Phil Goff. But with just 22.3% of the decided vote, Aucklands are clearly wanting a change of direction at Auckland Council.

Ex-Far North Mayor Wayne Brown was a close second on 18.6% and with Leo out, C&R's Viv Beck (12.5%) in third place. Head over to the Auckland Ratepayers' Alliance website to read the full poll report.

Council elections, can you volunteer?

In the coming weeks we will be preparing "ratepayer voting guides" to increase transparency on local council election canididates' positions on rates, Three Waters and issues such as transport.

If you are in a position to help our student interns collate contact information and contact local candidates in your region, good with a phone (and on email) please drop me a line by reply email.

Interest deductibility U-turn - but only if you're a big corporate 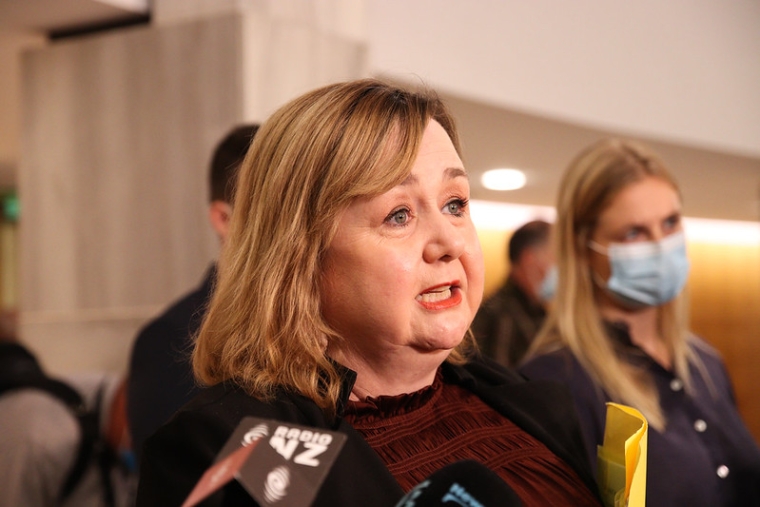 Last year the Government changed interest deductibility rules so landlords cannot claim interest for tax purposes on existing rental properties. However, now Housing Minister Megan Woods has decided to do a U-turn, but not for mum-and-dad-investors, rather only for the big end of town!

The Housing Minister has announced blocks of at least 20 new and existing build-to-rent flats will be exempt from interest deductibility tax changes in perpetuity if they offer 10-year tenancies.

This makes little sense. The removal of interest deductibility breaches the fundamental principle that tax law should treat like for like. Giving tax favours to well connected big property developers while still hammering those less close to Megan Wood's officials is Muldoon-style tax policy. Yuck.

We are 100% funded by our members and supporters like you, who make our work holding the Government (and councils) to account. To back the mission of Lower Taxes, Less Waste, and More Transparency, click here to donate via our secure website.

PS. Is the first newsletter this year that doesn't mention Three Waters!? If you follow that campaign (i.e. signed our Stop 3 Waters petition, or used our select committee submission tool) we'll be in touch separately later this week on the next steps for that campaign...

Today FM: Do you believe that Nanaia Mahuta lied to the NZ public about Three Waters?