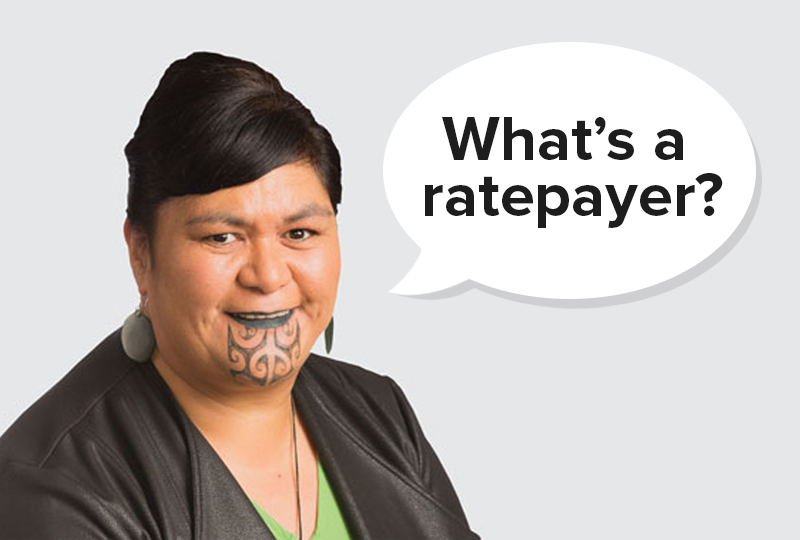 Nanaia Mahuta's wide-ranging review of the local government sector should be laser-focused on increasing value for money for ratepayers.

But having looked closely at the review panel, we're predicting it will do the opposite.

Firstly, the panelists are basically has-been local government insiders and professional bureaucrats. These appointees are the last people you'd expect to rein in the local government gravy train.

The terms of reference and the panel make up are disturbing. Instead of a focus on better infrastructure, more transparency, or accountability, it appears the Minister wants to move to a co-governance model with less democracy.

In fact, the panel is tasked to "reimagine the role and function of local government". That’s code for "growing the beast", when what ratepayers need is a return to core services and abolishing the powers that allow local councils to duplicate central government activities like public health campaigns, climate action, and corporate welfare.

The just-announced Battery Project Technical Reference Group is meant to provide “technical expertise and sector knowledge relating to the quantitative analysis MBIE is undertaking, including modelling” for its hydro battery project.

But the Ministry has made two very odd appointments to this group:

It’s one thing to have a political Minister making hare-brained and politicised appointments, but this group was appointed by public servants. How did no-one within MBIE raise red flags over such blatantly political appointments? Is public service neutrality is being eroded?

Members of the reference group are paid $560 per meeting. 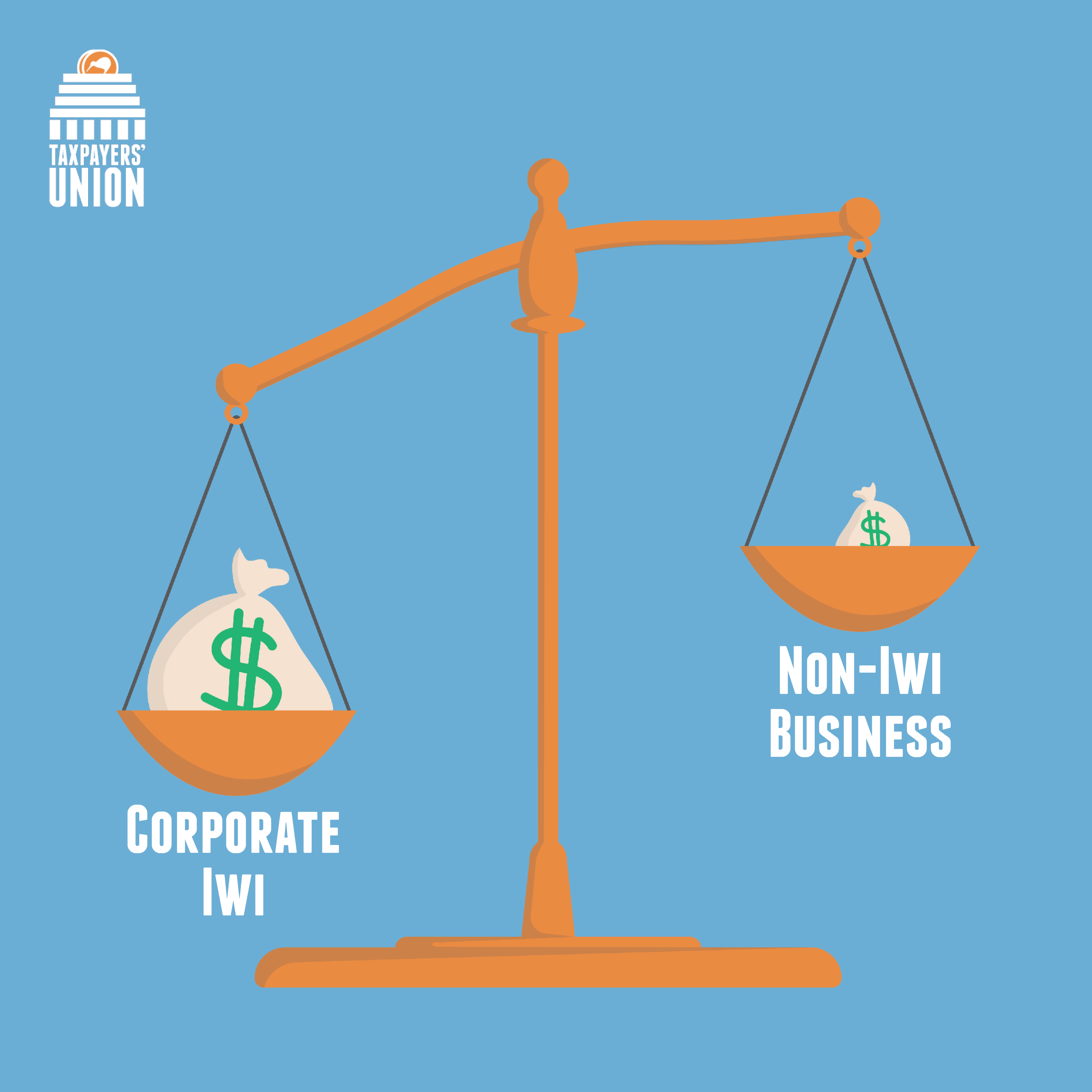 Māori Development Minister Willie Jackson has introduced a five percent quota for government contracts awarded to businesses that present themselves as Māori or Pasifika-owned.

You may recall we were first to sound the alarm back in 2019 when found this idea buried deep in a Ministerial briefing.

But some say the new quota doesn't go far enough. First it was the Productivity Commission (under the leadership of Labour's pet economist Ganesh Nana), and now the company that verifies the "Māori-owned" businesses wants the Government to combine the quota with a spending target for these companies (well they would say that, wouldn't they!).

This is what political analysts call "mission creep". Instead of focusing solely on delivering value for taxpayers, procurement policy is now being hijacked to hit politically-determined targets.

That means less competitive tenders, leading to either higher costs for taxpayers, lower quality services, or both. It’s also incredibly unfair for those businesses – many of which employ Māori – that will miss out on contracts purely because their owners don't tick the right diversity boxes.

Taxpayers forked out $3.3 million for the cost of “cultural reports” for offenders in 2020. That’s five times as much as the year prior.

These reports argue how each offender should receive a reduced sentence due to “personal, family, whānau, community and cultural background”.

And it appears a cottage industry has emerged: anyone familiar with the courts system can charge up to $6,600 to write one, copy-pasting the standard lines they know will work to convince judges to cut sentences.

In many cases the Ministry of Justice is paying these interpreters more than $125 per hour.

As the Herald reports:

Examples include $1700 paid to a te reo interpreter for a one-day hearing in Kaikohe; $2628 to a Māori translator at a two-day hearing in Wellington; and a $3197 bill for two sign-language interpreters for just 3.5 hours' work in January. The ministry said the cost included return flights.

Ihumātao deal found to be unlawful: here's who needs to resign 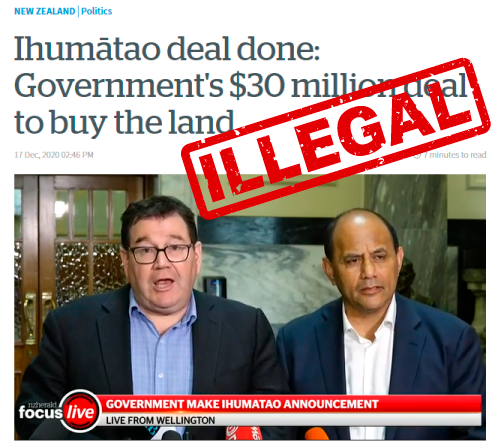 Last week we learned that the Government didn’t just capitulate to illegal Ihumātao occupiers – it joined them in their illegality!

The Auditor-General released a damning judgement that the $30 million taxpayer-funded bailout should have been approved by a vote in Parliament.

Remember, the Government doesn’t have the excuse of ignorance here. Treasury had sternly warned the Government against using KiwiBuild money in this way.

There should be serious consequences. All eyes should now be on Attorney-General David Parker. It's literally his job to ensure the Government follows the law. We say if he endorsed this illegal deal across the Cabinet Table, then he's unfit for his position.

Will Grant Robertson bail out New Zealand's own Bernie Madoff? 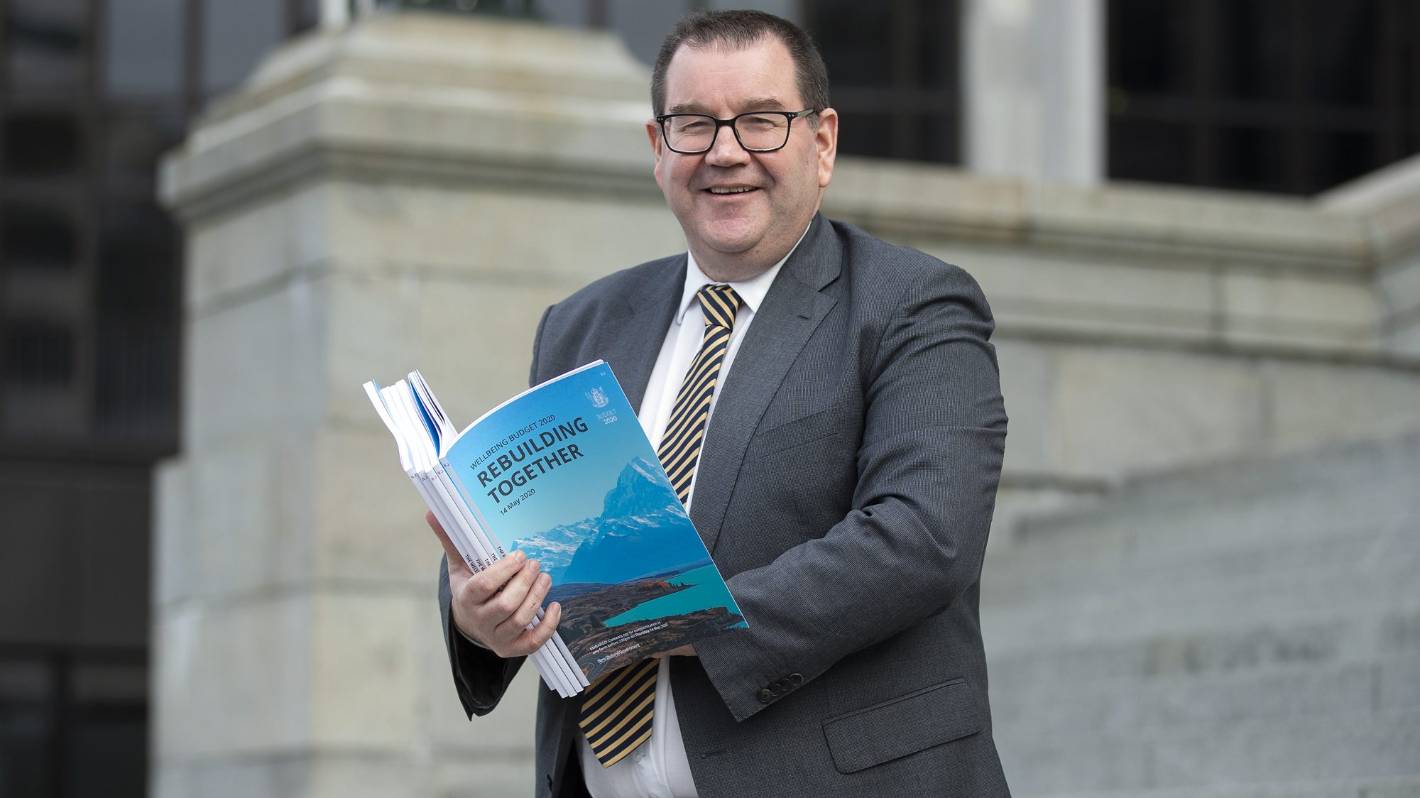 The Finance Minister has confirmed a new insurance scheme for collapsing banks and finance companies, funded by via levies on banks.

There are a number of reasons for alarm here:

We asked Treasury officials if they gave the Minister any advice on this last problem. To our astonishment, they haven't. 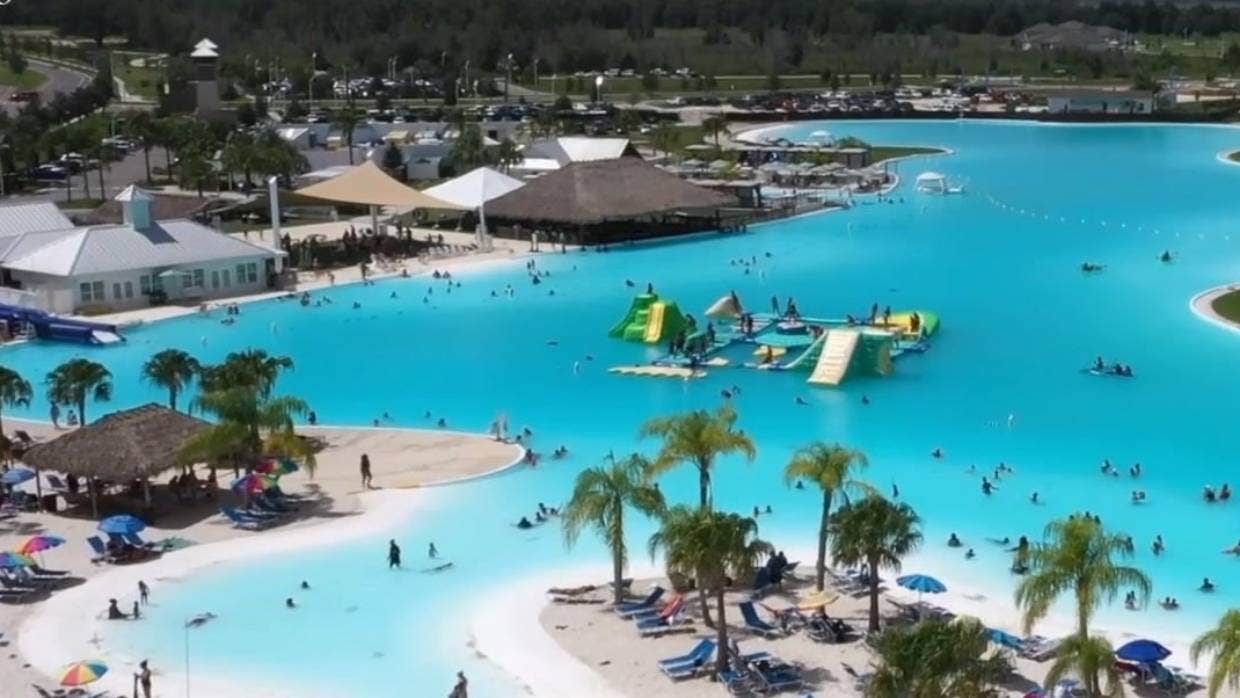 A private developer wants Hamilton ratepayers to pitch in $10 million to an inland lagoon resort.

That is completely unjustified, considering the Council is already proposing a nine percent rate hike.

If the lagoon proposal makes good business sense, then it shouldn’t need a ratepayer subsidy. There’s a risk the lagoon fails to pull in punters and becomes a stagnant pond. That risk should be borne by the developer, not Hamilton ratepayers.

It’s a concern in and of itself that the developer had the cheek to ask the Council for ten million bucks. Hamilton City Councillors need to eradicate any perception that they’ll hand over ratepayer money to every passing monorail salesman.

Taxpayer Talk: is this ACT MP a "nutter"?

Another two episodes of our Taxpayer Talk podcast have gone live.

You can subscribe to Taxpayer Talk via Apple Podcasts, Spotify, Google Podcasts, iHeart Radio and wherever good podcasts are sold.

The Government has today appointed a “Minister for Announcements.”

Hipkins said: “For too long, Ministers have had to make individual announcements about their own announcements. National’s nine years of neglect almost certainly caused this crisis. It is time to centralise announcements to improve efficiency. Centralising always works.” 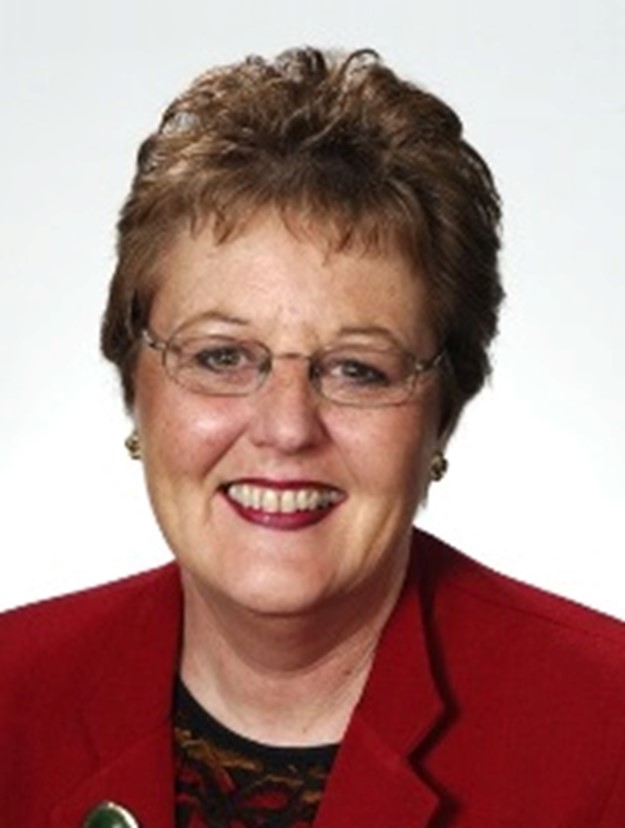 Ms Dansey is an MP you think about so infrequently that you probably don’t realise that photo is not of Georgie Dansey – that is Jill Pettis, a Labour MP who left Parliament in 2008.

This is the first-term list MP, the now Hon Georgie Dansey.

Except that she isn’t an MP – because while this time it is actually Ms Dansey pictured and she was a Labour candidate last year, she was ranked 84th, last on the list. She once told The Spinoff that she would have been an MP if only 5.5 million New Zealanders voted Labour.

The actual Minister of Announcements will be Megan Woods on Mondays, Wednesdays and Fridays, and Chris Hipkins for Tuesdays, Thursdays, and Ramadan. However, for any really good news, announcements will be made by Jacinda Ardern and the country’s first man, Dr Ashley Bloomfield.

When asked about the actual results of all the announcements over previous years, Hipkins snapped back: “Don’t change the subject. This has nothing to do with outcomes.”

Gallery journalists described the Minister’s aggressive response as “like being savaged by a vegan lemur.”

Editor's note: This last section of the newsletter was provided by Taxpayers' Union Analyst (and occasional in-house comedian) Neil Miller.

We can't save the world, if we can't keep the lights on

As you can see, the range and craziness of what is going on in Wellington (and many town halls) is out of control. Our team has never been busier calling out the madness and fighting for taxpayers across a huge range of files.  But we can't save the world if we can't keep the lights on. Our work relies on the financial support of our supporters like you. Click here to make a secure donation.

NZ Herald  Inflation could be making a comeback

Newstalk ZB  The Huddle: Is it fair for employers to punish staff stuck in trans-Tasman bubble limbo?