The results of our latest scientific poll are now LIVE on our website – and it's a bombshell.

For the first time ever in a Taxpayers' Union Curia Poll, National and ACT together have enough support to form a Government – with ACT holding the balance of power. 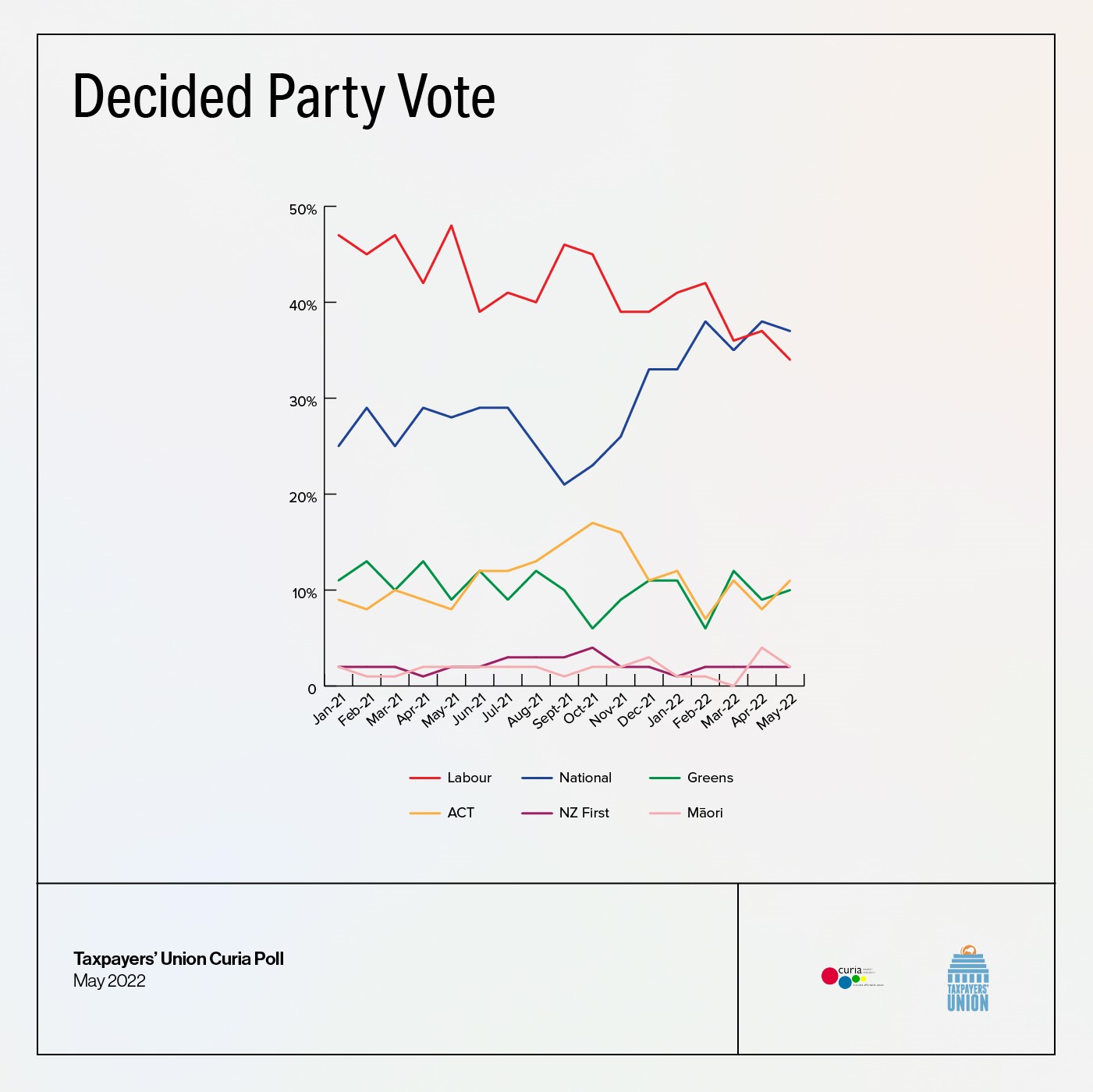 There's also been a very telling increase in the share of New Zealanders who say the country is heading in the wrong direction. Click here to view the poll results online.

The Government is spending $220,000 of your money on a documentary about Chlöe Swarbrick 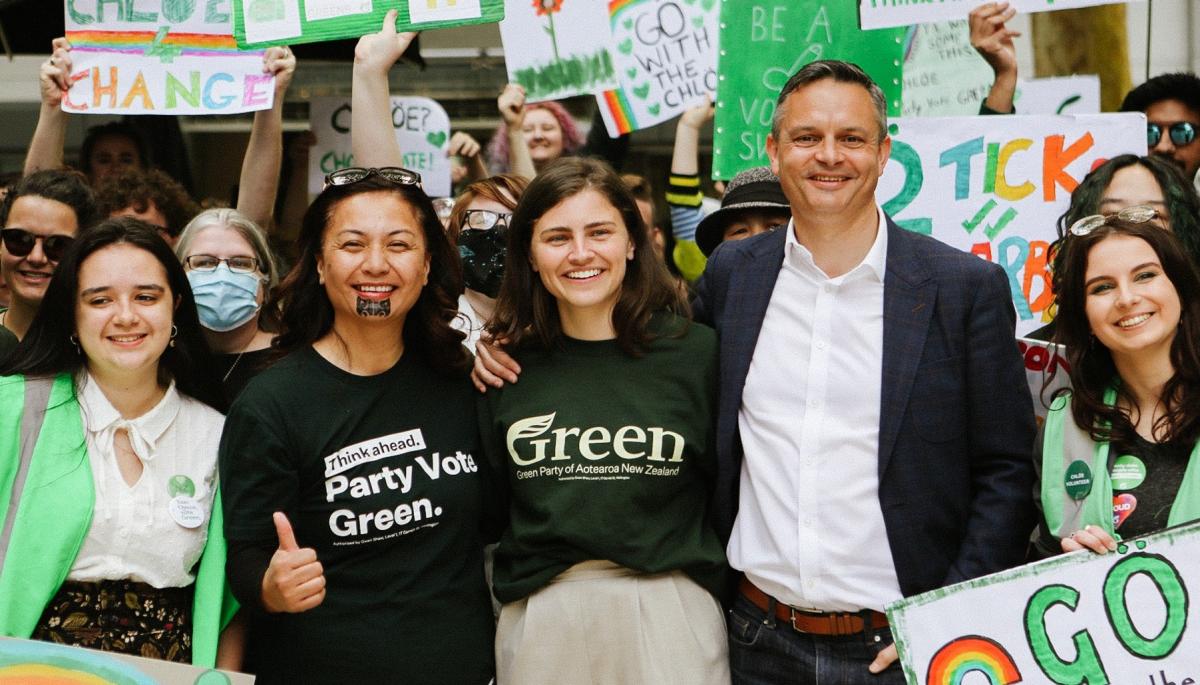 Your humble Taxpayers' Union likes to keep an eye on the funding decisions that are periodically added to NZ on Air's website.

We've found a doozy. The agency has decided to give $220,000 to a documentary "exploring the political and personal life of New Zealand's youngest MP Chlöe Swarbrick". 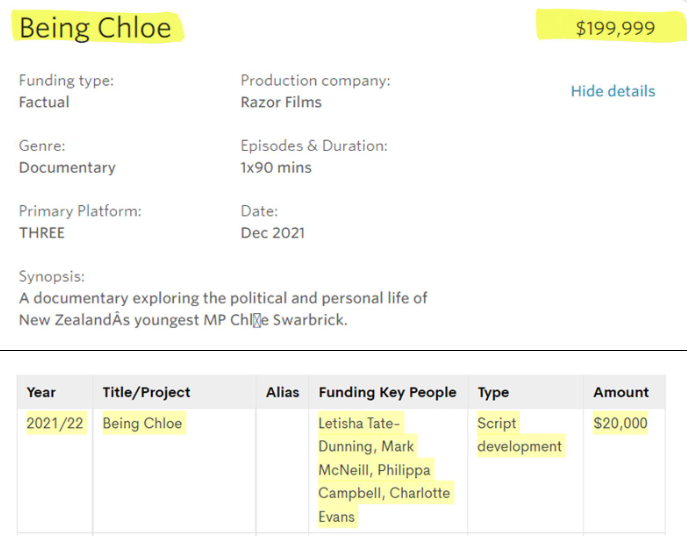 Using taxpayer money to promote a sitting politician should never be acceptable. This case is made even worse by the scale of the spending, the likely timing of an election year release, and the fact it's a standalone documentary – not part of a series focusing on other political parties.

Our democracy should be better than this.

If you want to remind NZ on Air that taxpayer money shouldn't be used to promote politicians, the email address [email protected].

Is it time for media companies to scrutinise themselves?

This presented an obvious test for the media: would they cover our poll?

You won't be surprised to learn the polling was not covered by any of the outlets to have received money from the $55 million Public Interest Journalism Fund.

Fortunately, this week a new media outlet was officially launched. The Platform has a clear policy of refusing Government funding, and Sean Plunket invited me on as his first-ever in-studio guest. 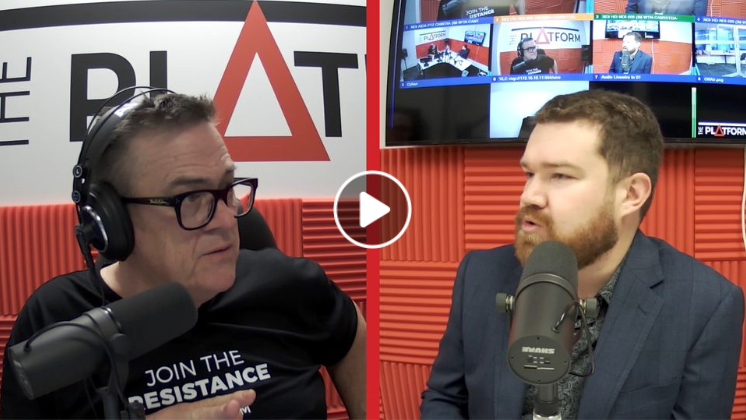 Click here to watch Sean and I discuss the failures of integrity in mainstream media.

I also delve into the way media companies are also propped up by big-budget public sector advertising campaigns – think "Two Shots for Summer" and "Road to Zero".

Speaking of Road to Zero...

On the basis of dollars spent per second of video, NZTA's Road to Zero ads cost the same as major Hollywood blockblusters.

We've updated the first two ads so that taxpayers can watch their money being spent in real time: 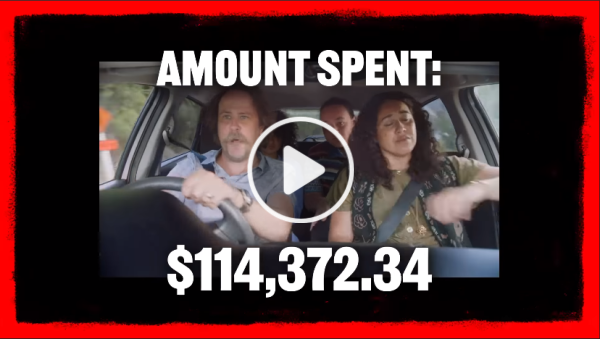 Each 30-second ad costs almost $1 million in production costs alone. The cost of buying the airtime comes on top that!

Working at the Film Commission must be one of the cushiest jobs in New Zealand's public sector. You're paid big bucks to wine and dine Hollywood bigwigs before giving them billions of dollars in taxpayer-funded subsidies!

This week Newstalk ZB covered our exposé on how two Film Commission officials burnt through $58,000 on a single 10-day trip to Los Angeles for the Oscars.

David Strong and Philippa Mossman spent $21,000 in flights and accommodation (business class for Mr Strong), and $1743 in Uber trips.

At one cocktail function (pictured below) at the NZ Consulate they served around 100 Hollywood figures and bureaucrats $5152 of wine and $8648 in food and catering. Valet services were provided at a cost of $3400. 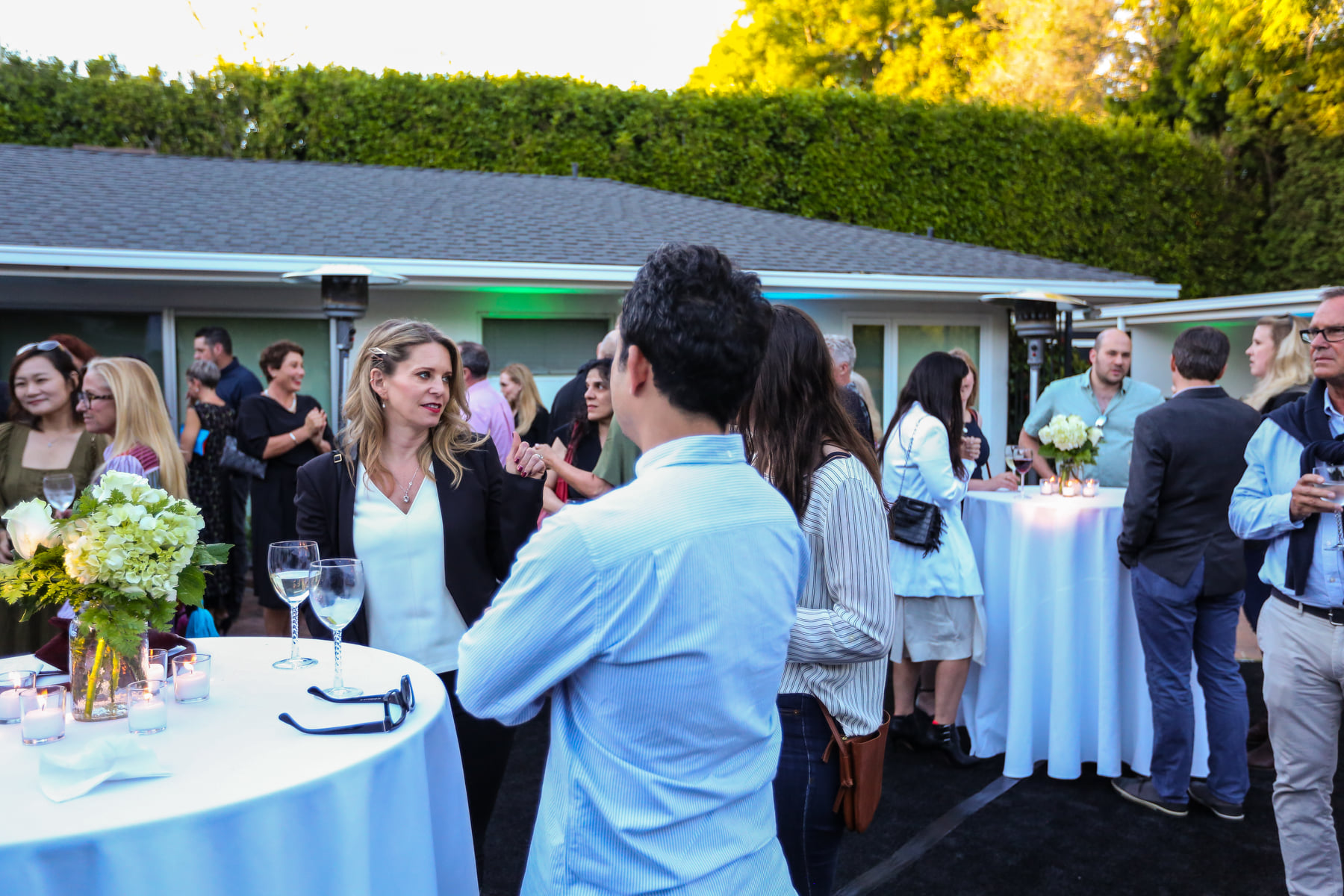 Guests including Jane Campion and producers of The Power of the Dog were sent home with custom-printed goodie bags containing Whittaker's chocolate and, for some, gifts of carved Māori cloak pins worth $10,350.

At a separate drinks event for film industry figures, $1223 was spent on spirits, beer, wine, and bar snacks, again charged to the New Zealand taxpayer.

On top of the near-daily wining and dining events (including the Netflix Oscars afterparty!), Mr Strong and Ms Mossman were given $115 each per day for food and incidental expenses. 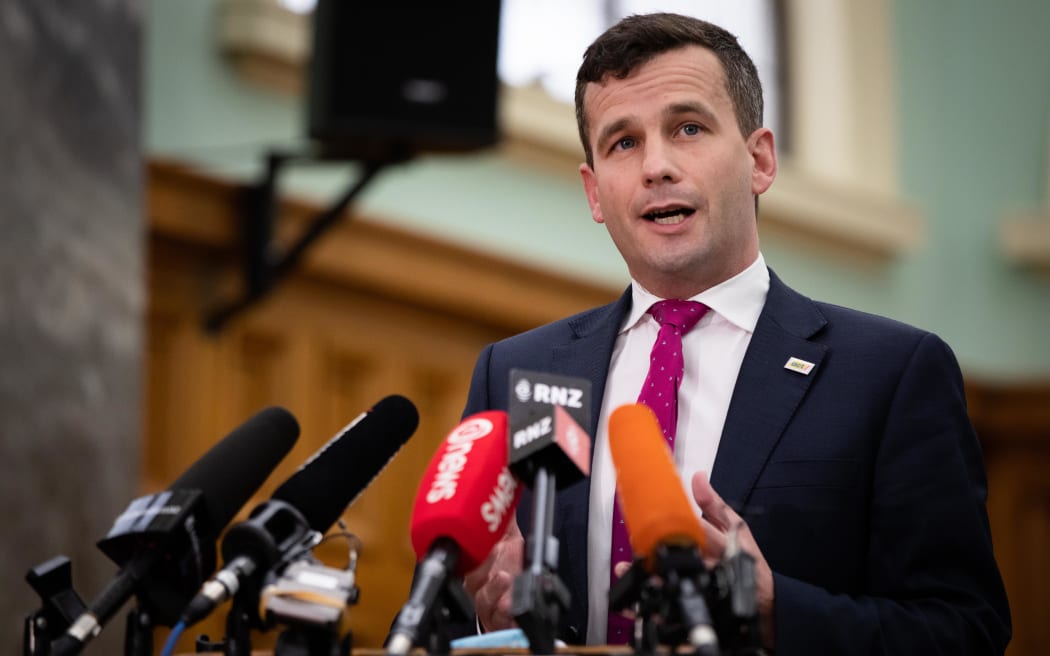 Ahead of Grant Robertson's Budget next week, ACT has unveiled its own alternative set of proposals focused on reducing the size of government and delivering substantial tax relief.

ACT's proposed income tax policy is a two-rate system: 17.5% for all income below $70,000, and 28% for any income above. In addition, everyone would get an Emissions Trading Scheme refund of about $250 a week, and low earners would receive a tax offset to ensure they pay no more tax than they currently do.

Just as interesting is ACT's proposed spending cuts, which could make a good menu of options for a National-led government.

And here are the government entities and programmes ACT would abolish entirely: 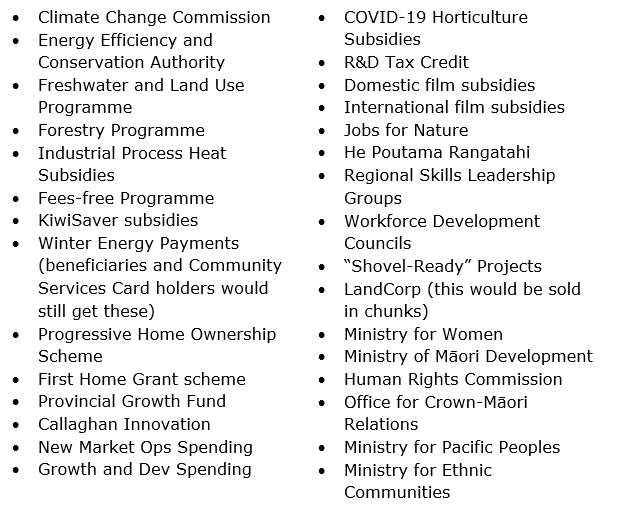 Labour, the Greens, and the Māori Party went ballistic over ACT's proposed spending cuts – especially the "demographic" entities such as the Ministries for Pacific Peoples and Ethnic Communities.

But as David Seymour pointed out, shouldn't our main government entities already be serving all types of New Zealanders?

The challenge for Christopher Luxon now is to identify wasteful spending that has not already been identified in ACT's budget. We'd suggest taking a closer look at the "sacred cows" of health and transport – behind the front lines there are layers of middle management ripe for a cull.

We know that Labour MPs are spooked about the deep public opposition to Nanaia Mahuta's Three Waters asset grab.

That's why it's important that taxpayers fly the flag against the scheme up and down the country. 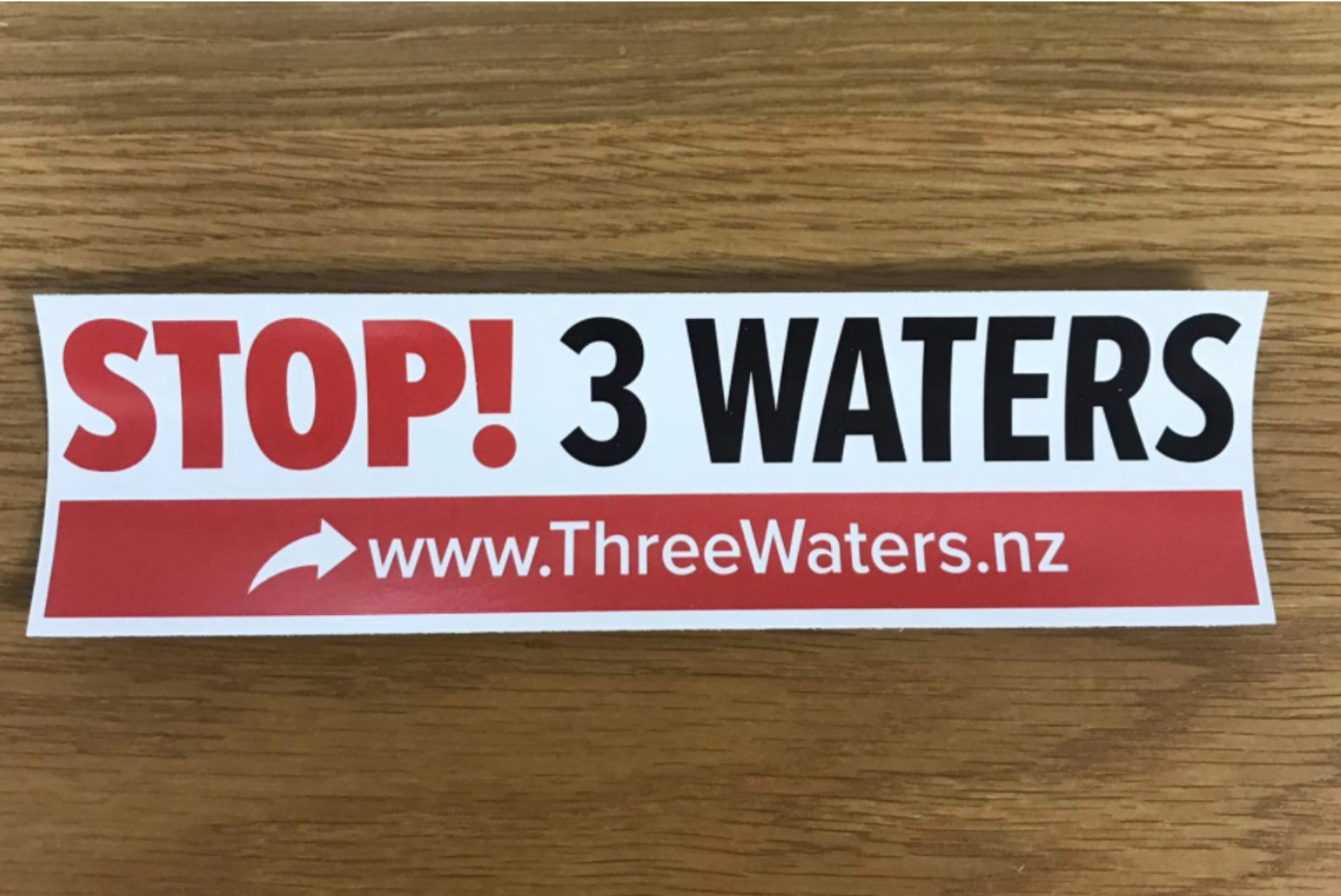 Click here to get your 'Stop Three Waters' bumper sticker'.

Thanks to Taxpayers' Union members and supporters who have chipped into our campaign chest, we've been steadily promoting our petition and have now built an army of almost 100,000 New Zealanders ready to fight Three Waters.

We're not just running ads: we've prepared a plan to mobilise our army of supporters to swamp the formal consultation when it opens.

And soon we'll be revealing a new initiative to take the Three Waters debate directly to the communities affected up and down the country. Watch this space... 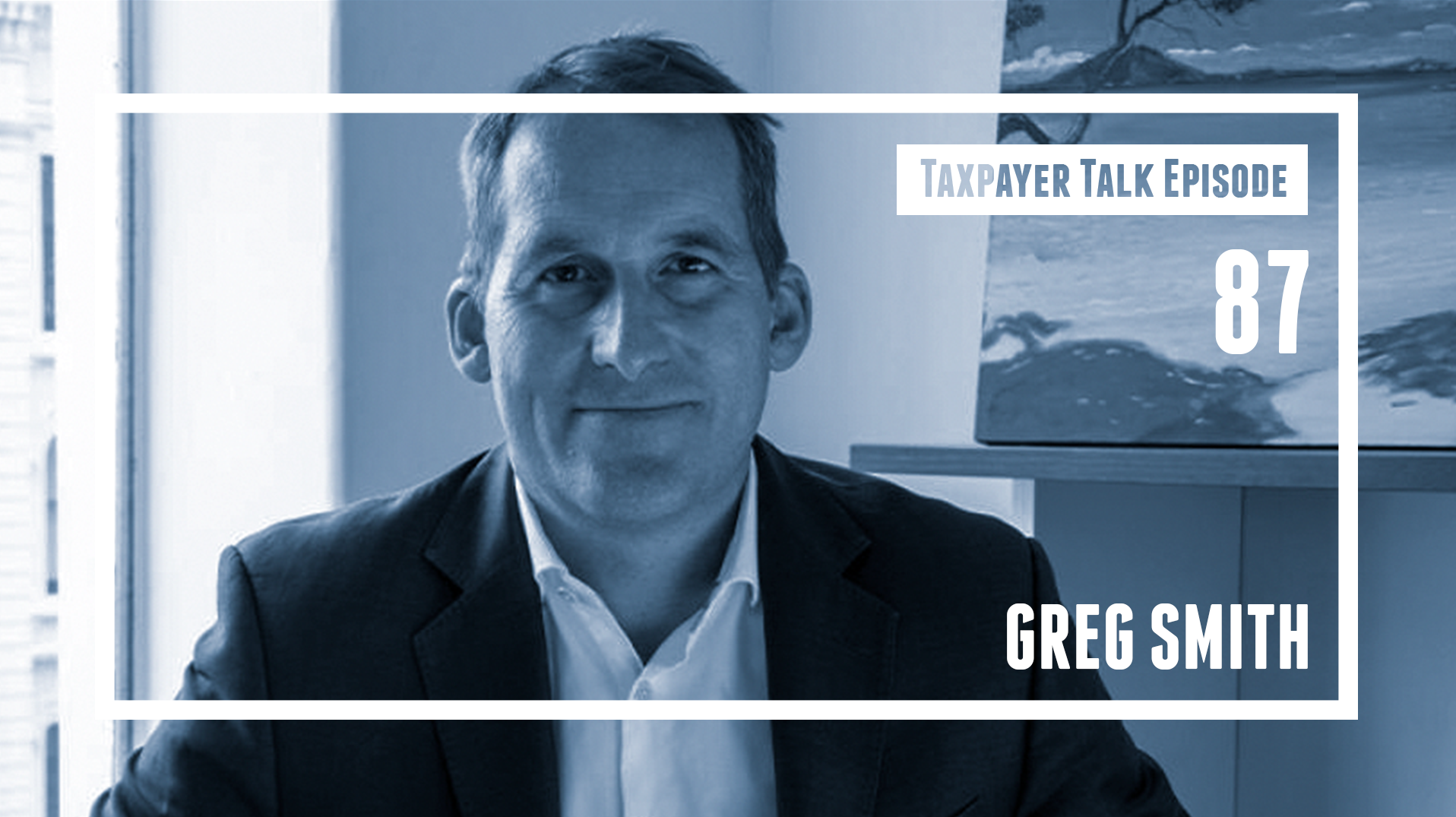 In 2005, the Port of Auckland was delisted from the NZX and was taken over by what is now Auckland Council. Since then, the port has underperformed, become inefficient, and lagged behind other ports such as the Port of Tauranga.

Click here to listen to Jordan and Greg Smith from Devon Funds discuss how a public ownership model for Auckland's port has decimated its performance, value and status – costing Auckland ratepayers dearly.

The forgotten history of Hōne Heke 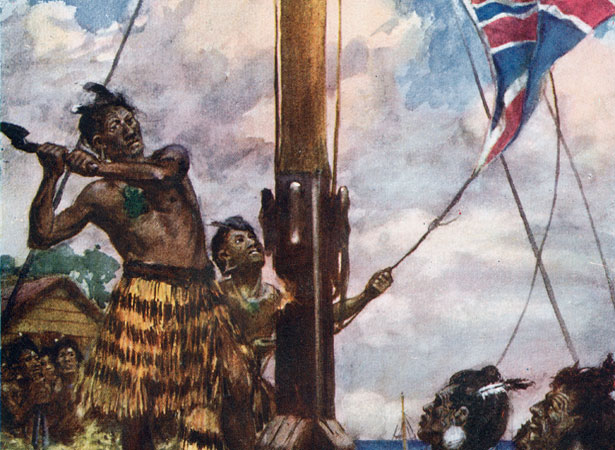 A survey by Today FM recently ranked Hōne Heke as the second greatest New Zealander of all time.

While he's famous for cutting down the British flag pole, modern histories tend to skim over Hōne Heke's main motivation: he was protesting new taxes! 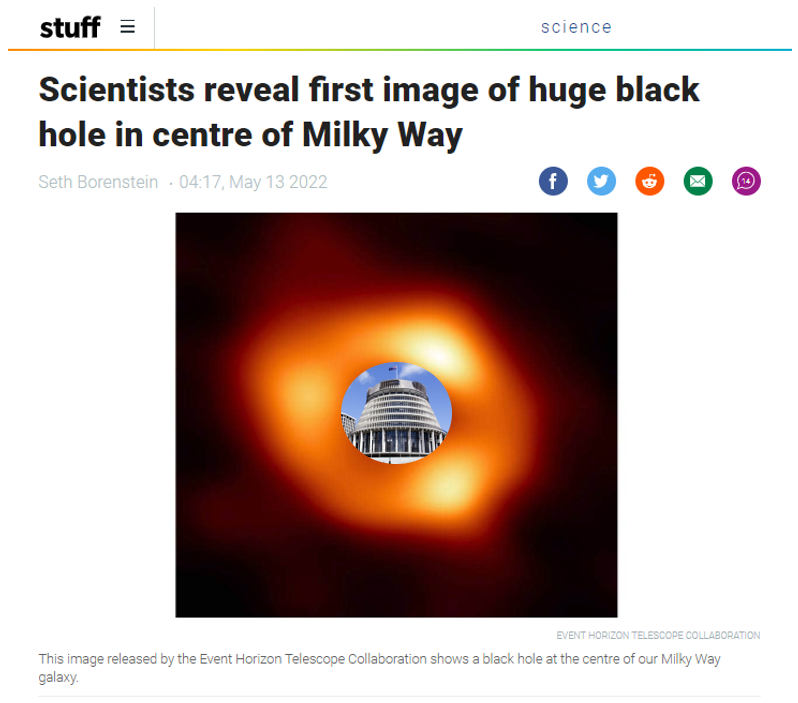 BusinessDesk  On the Money

Stuff  The easy pickings of taxing the rich