After two years cooped up by COVID travel restrictions, the Film Commission's Chief Executive David Strong and Head of International Attractions Philippa Mossman made up for lost time, jetting to Los Angeles for the Oscars and a Netflix afterparty, and hosting fully-catered, alcohol-included dinners and drinking functions.

The two officials burned through $21,000 in flights (business class for the Chief Executive) and accommodation, $10,350 for gifts of carved Māori cloak pins, and $1,743 in Uber trips.

The big-ticket event was a cocktail function at the New Zealand Consulate-General residence, where the officials served around 100 Hollywood figures and bureaucrats $5,152 of wine and $8,648 in food and catering. Premiere Valet Services were engaged for the evening at a cost of $3,400, and the Sauv-soaked guests were sent home with custom-printed goodie bags containing Whittaker's chocolate.

At a separate drinks event for film industry figures, $1,223 was spent on spirits, beer, wine, and bar snacks, again charged to the New Zealand taxpayer.

On top of the near-daily wining and dining events, Mr Strong and Ms Mossman were given an additional $115 each per day for food and other incidental expenses.

The full information response given to the Taxpayers' Union can be read here. 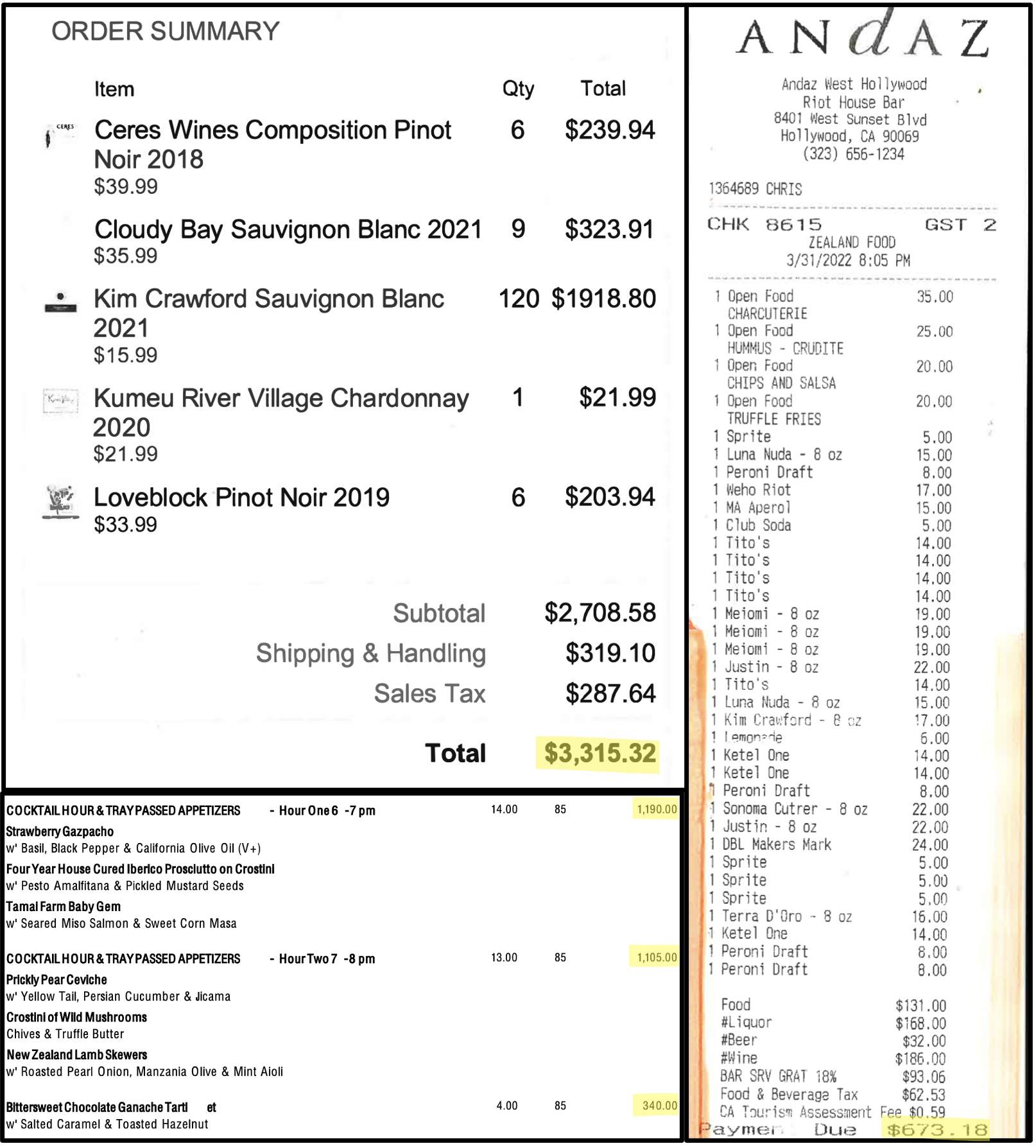 Actual receipts charged to the taxpayer by the two officials (receipt figures are in US dollars).

Working at the Film Commission must be one of the cushiest jobs in New Zealand's public sector. You're paid big bucks to wine and dine Hollywood bigwigs before giving them billions of dollars in taxpayer-funded subsidies.