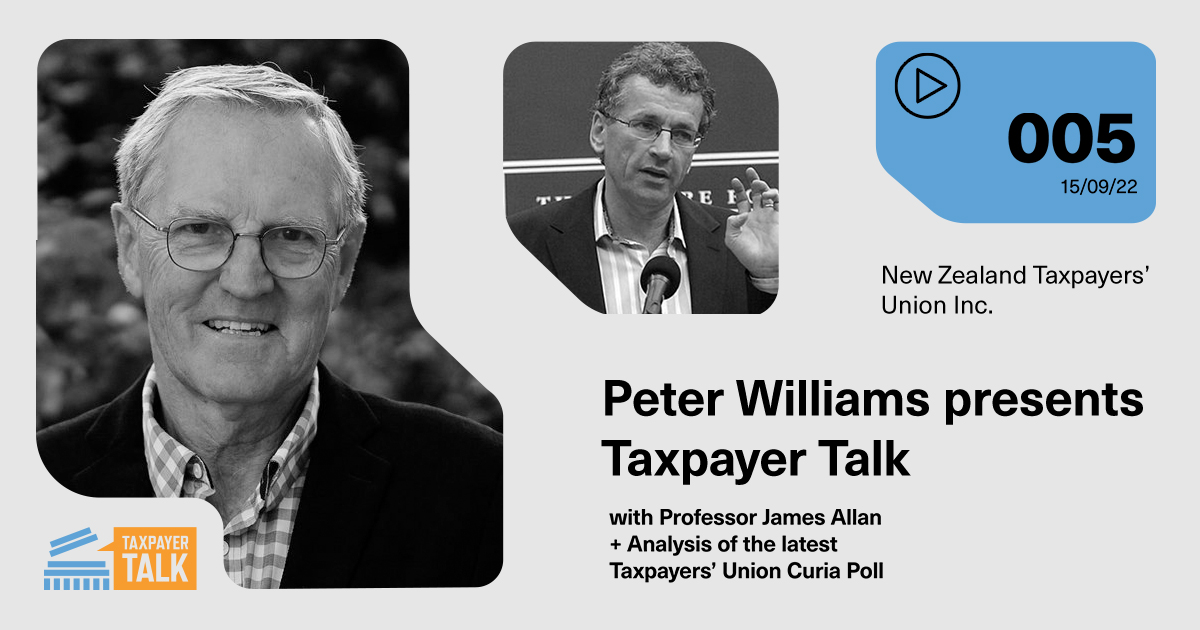 In the wake of the Queen’s passing, the latest edition of Taxpayer Talk focuses on the British Monarchy. Host Peter Williams is joined by Canadian-born, Australian domiciled law Professor James Allan who reflects on why the British Monarchy is the most successful anywhere and why having a queen or king on the other side of the world as our Head of State is still the best system for New Zealand - and other Commonwealth countries.

Also in this edition, Taxpayers' Union co-founders David Farrar and Jordan Williams reflect on the political week and discuss the results of the latest Taxpayers' Union Curia poll. Is luck finally running out for the government? Or will the poll prove disheartening for the opposition?

You can subscribe to Taxpayer Talk via Apple Podcasts, Spotify, Google Podcasts, iHeart Radio and all good podcast apps.