Today marks the first working day New Zealanders stop working for the Government and take home what they earn.  According to figures from the OECD, New Zealand’s total government outlays as a percentage of GDP is 41.4% this year, with Kiwis marking ‘Tax Freedom Day’ on Queens Birthday Monday.

Tax Freedom Day has arrived four days earlier this year than in 2014, meaning the burden of Government has reduced.

Despite this earlier arrival, total Government outlays as a percentage of GDP remain higher than the OECD average, and higher still than what they were under the last Labour Government.

Since peaking in 2010 at 48.5% in the aftermath of the Global Financial Crisis, Tax Freedom Day has arrived earlier every year since. This is a positive trend, which ensures that taxpayers are increasingly supporting themselves rather than supporting central and local government.

How does New Zealand compare to the rest of the OECD? Have a look at the table below. 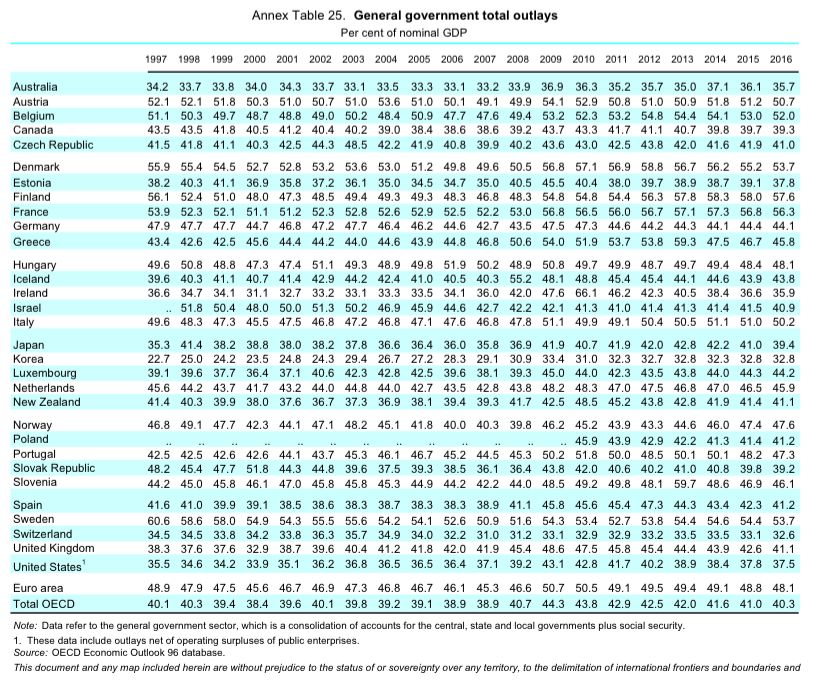