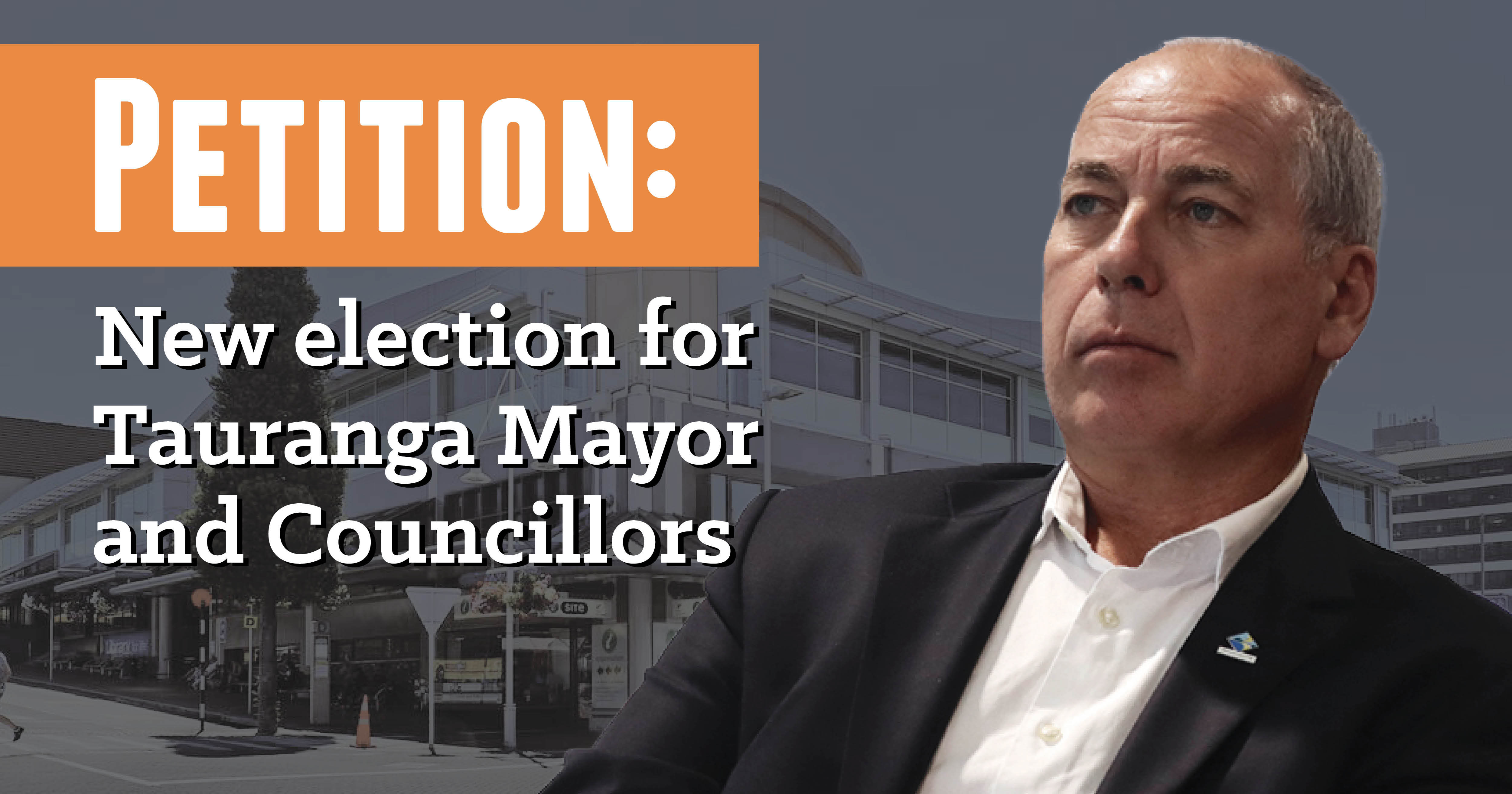 Tauranga City Council is in a shambolic state, with Councillors complaining of a toxic culture and an abusive Mayor. The Council cannot effectively govern in its current state, and there is a risk the Government will replace elected members with unelected commissioners.

Tauranga ratepayers cannot afford to wait two years for an election. An election is needed now to clear out the individuals responsible for dysfunction, and replace them with elected members willing to be professional.

"I call on Tauranga’s Mayor and Councillors to trigger a new election by collectively standing down from the Council."