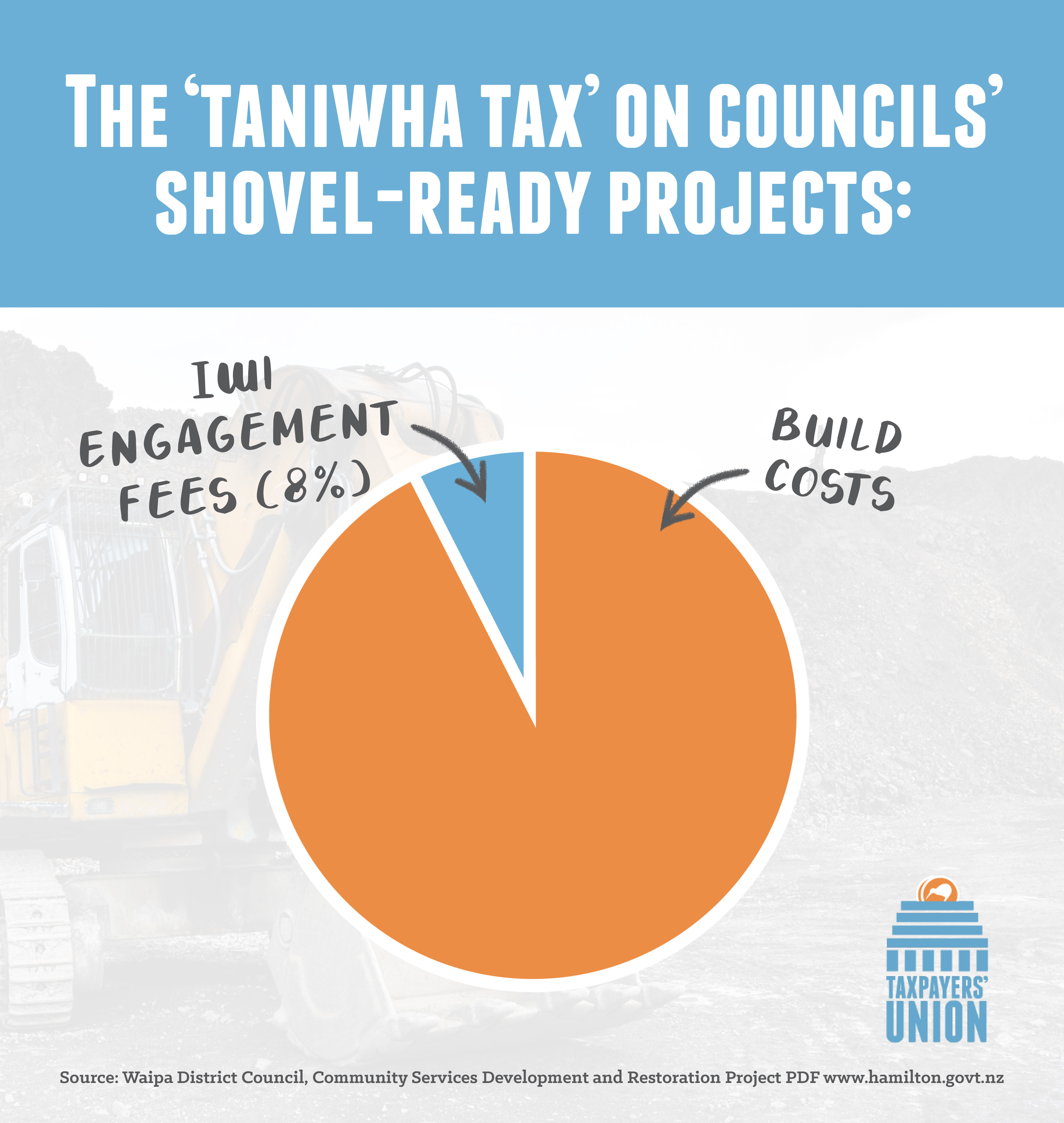 The New Zealand Taxpayers' Union can reveal that councils are allocating up to eight percent of total build costs for iwi engagement for COVID-19 response projects.

Taxpayers' Union Executive Director Jordan Williams says, "While trawling through council applications for 'shovel-ready' funding, we came across a proposal from the Waipa District Council that allocates eight percent of the total build costs for iwi engagement. When compared to project management costs of just six percent of the budget, eight percent — or $2,000,000 — for iwi engagement is outrageous."

"Ratepayers would be disturbed to know that eight cents on the dollar of these projects are going toward iwi engagement. Particularly since they're already on the hook for an expensive Resource Management Act process: $609,000 for the full $25,000,000 proposal."

​"The Council has framed this consultation as 'mana whenua will be invited to be involved through co-design of some aspects in the proposal and the sharing of iwi narratives of the region.' But there's a difference between inviting mana whenua to participate and making ratepayers hand over millions for iwi engagement."

"Greasing up local iwi so they agree to shoo away taniwha really isn't necessary, especially for minor cases like the Council's proposal. The proposal is a package of projects such as toilet facilities and playground upgrades. These projects aren't major builds, they're community facilities. Ratepayers are especially feeling the pinch right now and a taniwha tax cannot be justified."

The Taxpayers' Union is conducting an audit of council 'shovel-ready' proposals to determine how widespread these practices are.