The Taniwha Tax is dead! 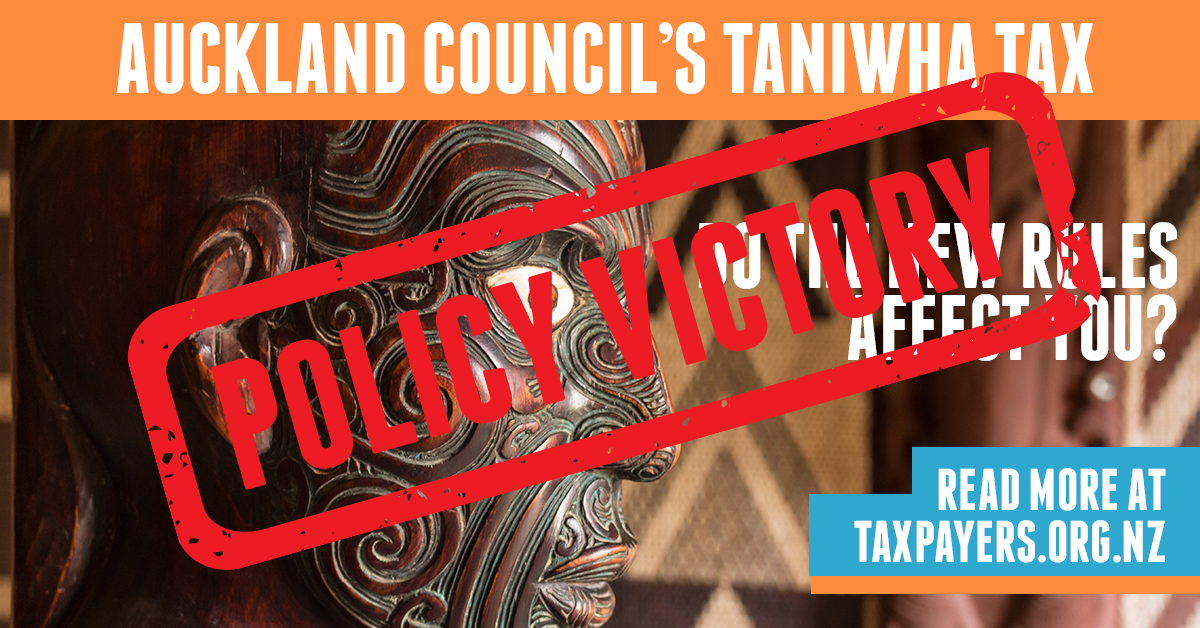 Today with our sister group the Auckland Ratepayers' Alliance, we are celebrating a comprehensive victory in our “Taniwha Tax” campaign, with the Independent Hearings Panel recommending that Cultural Impact Assessment requirements, and the scheduled “sites of value” be deleted from the Unitary Plan.

"Accordingly [sites and places of value to Mana Whenua] have been withdrawn from the notified Plan. The remaining sites are those on publicly-owned land.

Our campaign exposed that many of the 3,600 sites deemed of cultural value didn’t even exist and the Council didn’t bother to check. Despite that the up to 18,000 affected landowners would be expected to obtain expensive reports from Mana Whenua groups before improving their properties.

References to cultural impact assessments as a specific method in the regional policy statement have been deleted as being unnecessary. It is the Panel's view that 'environment' is defined in the Resource Management Act 1991 to include people and communities and the cultural conditions which affect people and communities. It follows that in preparing an assessment of effects on the environment for form part of an application for resource consent, an applicant must address any potential effects of a proposed activity on Mana Whenua, including their relationship with their ancestral lands, water, sites wāhi tapu, and other taonga as well as kaitiakitanga and the principles of the Treaty of Waitangi, wherever those matters may be relevant.

The Panel confirmed everything that we suspected:

The Panel also confirmed that some iwi groups were concerned aout the robustness of and justification for including all of the sites of value.

This is a win for democracy, for protecting Auckland’s genuine cultural heritage, and for science-based planning.

We welcome the Panel’s recommendations and look forward to the Council's adoption of them.