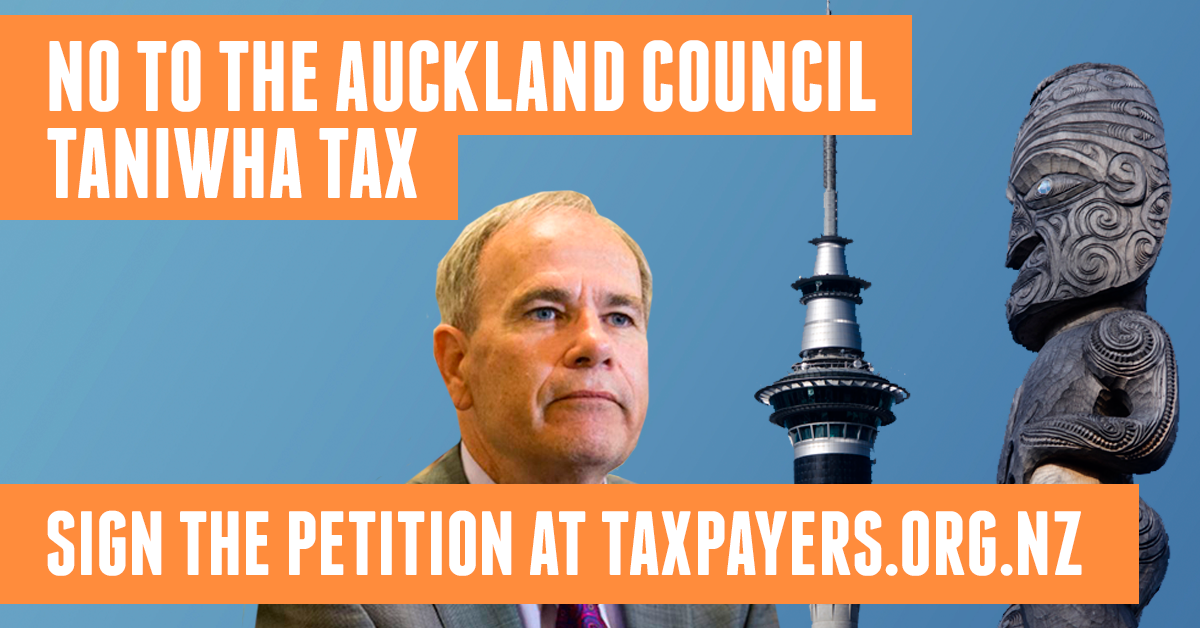 After the launch of The Taniwha Tax: Briefing paper on Auckland Council's new Mana Whenua rules, we were inundated with emails from our members and supporters, aghast at the silent imposition of this regulatory tax upon Auckland property owners.

Many expressed concern that Central Government appeared to be sitting on its hands regarding this issue and wanted to have their opposition to this new tax noted.

We've launched an online petition for member and the concerned public to send a message to the Government.