Aid money wasted on countries spending it on space programmes 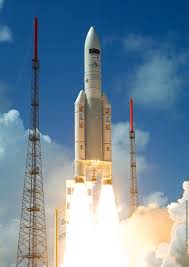 The Taxpayers’ Union is questioning why NZ Aid money, meant to help the world’s poorest, is being used to support countries and governments with their own space programs. The figures (see below) show that since 2010 more than $214 million of taxpayer money has been given to countries rich enough to fund their own space ambitions.

If a foreign government has enough cash to invest in ambitious space programmes, it should not expect to be receiving cash from New Zealand taxpayer which is earmarked for helping the world’s poorest.

Like any spending of taxpayer money, aid funding should be directed to where it is most needed. These figures show MFAT aren’t ensuring that Official Development Assistance is being allocated to those most in need. We should follow Australia’s lead and be redirecting Aid money away from Indonesia and India, and towards those in the Pacific with a much greater need.