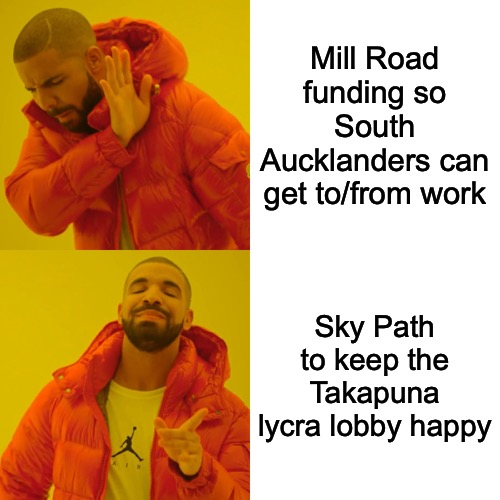 We were surprised to hear the Minister of Transport use climate change to try and justify his announcement to scrap other transport projects in favour of a new bike bridge over Auckland harbour. Our consulting environmental economist did this back of the envelope calculations to check whether the Minister's claims about being good for climate change stack up.

The new Auckland crossing costs $685M. That is a daily cost of $112,500 (at a 6% cost of capital). The Minister justifies the bridge based partly on emissions.

Depending on whether each bridge user would otherwise have done their commute by bus or car, the bridge will avoid 8-14 tonnes of emissions per day.

To be competitive with the ETS (currently at $37 per tonne) would require 1.3-4.0 million crossings per day.

If bridge users would otherwise use the ferry, which may be the most likely alternative, then the bridge avoids just 0.5 tonnes of emissions per day at a cost of $237,000 per tonne.

Head over to our Facebook page and tell us what you think.