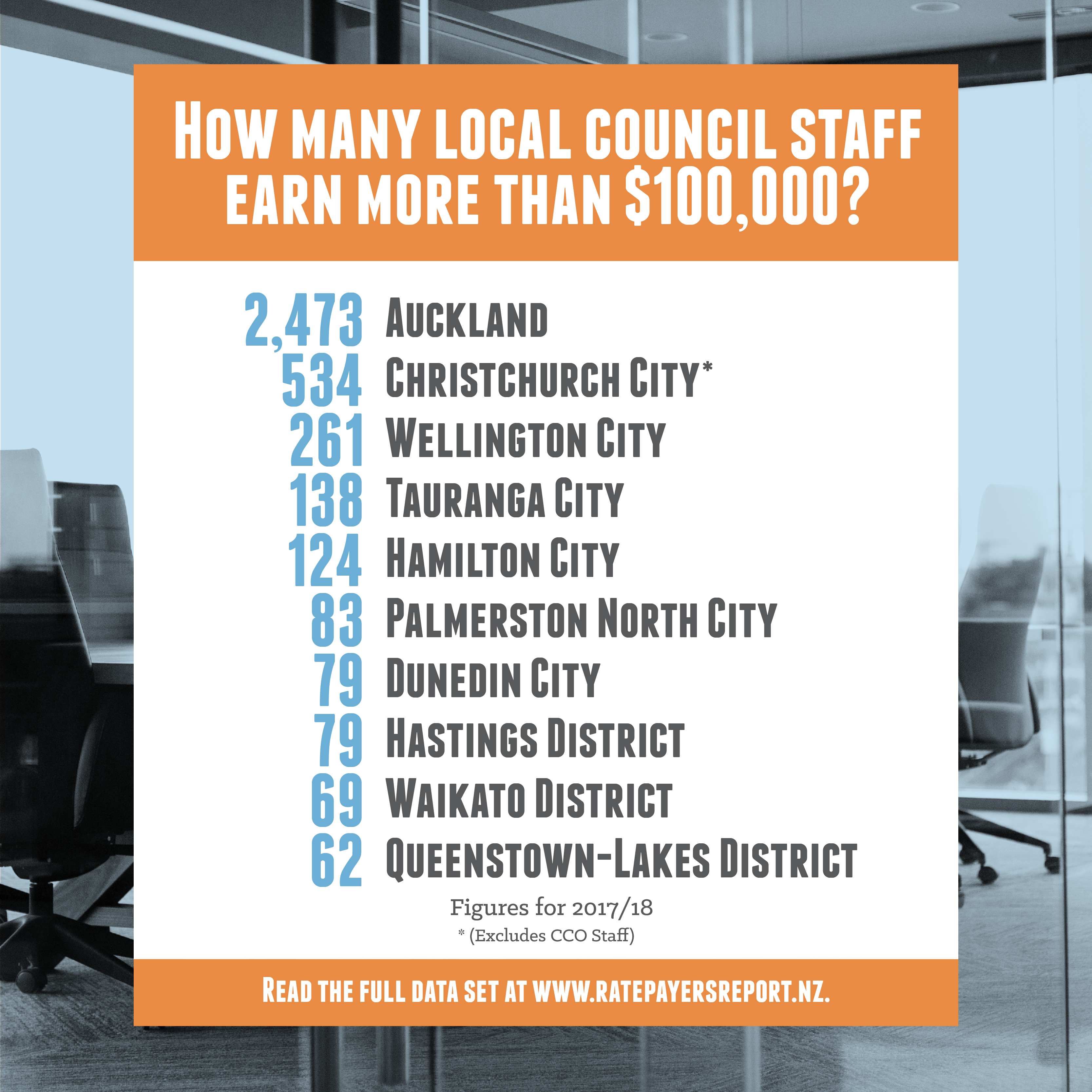 Figures obtained as part of the 2019 Ratepayers’ Report league tables reveal that local councils across New Zealand employ 30,497 staff – 5,376 of whom earn salaries north of $100,000.

Taxpayers’ Union spokesman Louis Houlbrooke says: "The sheer scale of council bureaucracy is stunning. Ratepayers are forking out salaries for a population the size of Timaru, or double the size of the New Zealand Defence Force. And one in six of these staff members earns a salary higher than $100,000. In the Auckland Super City it is one in four."

Some councils are less efficient in their staffing than others. Ratepayers' Report looks at staffing costs per household, to compare how bloated each council's bureaucracy is on an apples-to-apples basis. We also present staff-to-household ratios.

“Westland District Council ranks the least efficient in New Zealand in terms of both its staff costs and numbers. Meanwhile Rangitikei and Central Hawke's Bay District Councils appear to be getting the most from their staff.”

“Westland, at least, has the excuse of a large geographic area, and a small population means it lacks economies of scale. Ratepayers in Wairoa, Waitomo, Waitaki, and Christchurch should ask what their councils’ excuses are.”

“Often councils will justify rates increases on the basis of infrastructure spending, when in reality the spending is sucked up by rising payroll costs. Auckland ratepayers in particular have cause for concern, with an incredible 2,473 council employees paid more than $100,000. These costs are an obvious place to cut waste, especially as ratepayers suffer under higher rates and other charges.”

Most efficient (households per staff member): 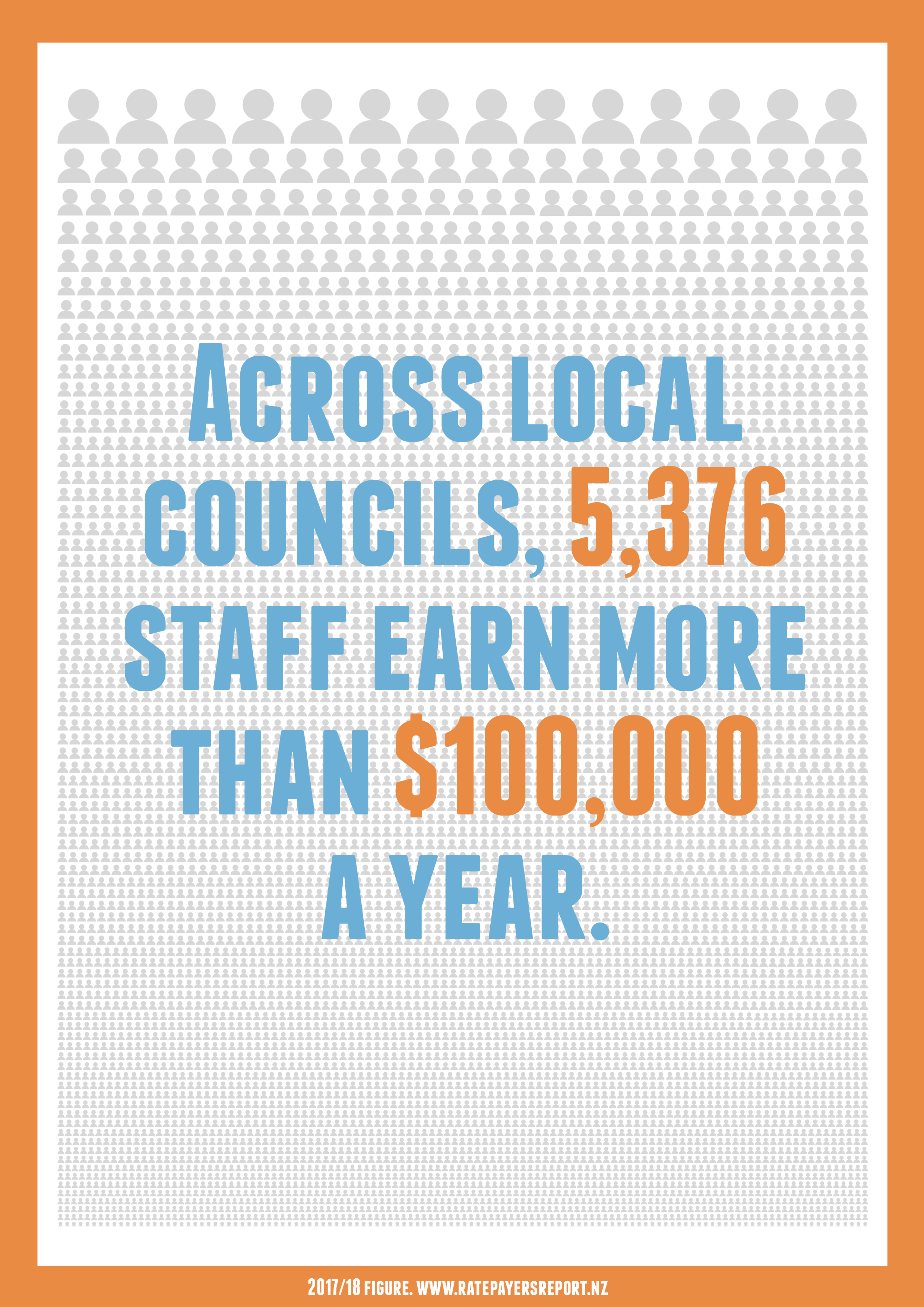