The New Zealand Taxpayers’ Union’s 2020 Ratepayers’ Report reveals the highest and lowest average council rates in the country. The league tables are available at www.ratepayersreport.nz. 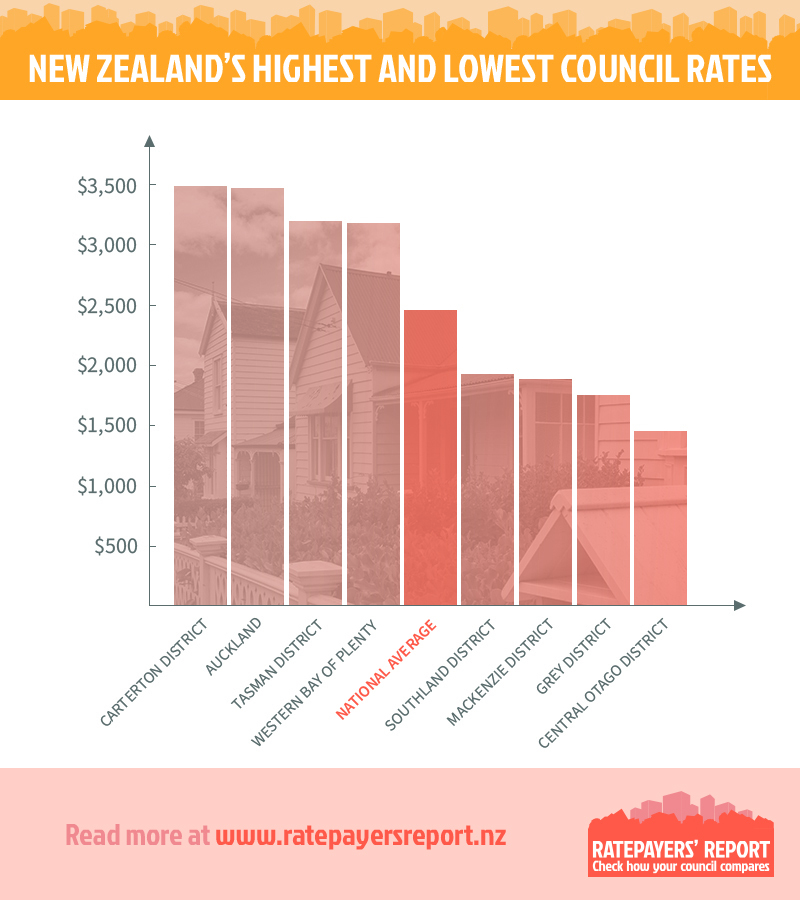 Taxpayers’ Union spokesperson Louis Houlbrooke says: “The key attraction of Ratepayers’ Report has always been the league table for average residential rates, which uses a standardised formula to include all residential rates, local taxes, and levies.”

“This year’s table has a new champion of high rates, knocking Auckland Council and Kaipara District Council off the top. Carterton District Council has moved up the rankings from third last year to take out the title of the highest-rating council in 2020, charging $3,472 on average for residential rates.”

“However, our largest city continues to loom large in second place, with Auckland Council charging an average rates bill of $3,469 – only just below Carterton, and well ahead of Christchurch ($2,588).”

“On the other end of the table, Central Otago District Council is now officially the lowest-rating council. Central Otago charges less than half what Carterton does.”

“The average residential rate nationwide is $2,445 – an increase of $84 from the previous year. Councils are extracting even more rates, taxes and levies from the average ratepayer, but the range of different rates levels in the league table demonstrates that high rates need not be an inevitability. High-rating councils should take notes on how others are able to run tighter ships.”

More about the Report is available here, and specific methodology for calculating average rates is here.