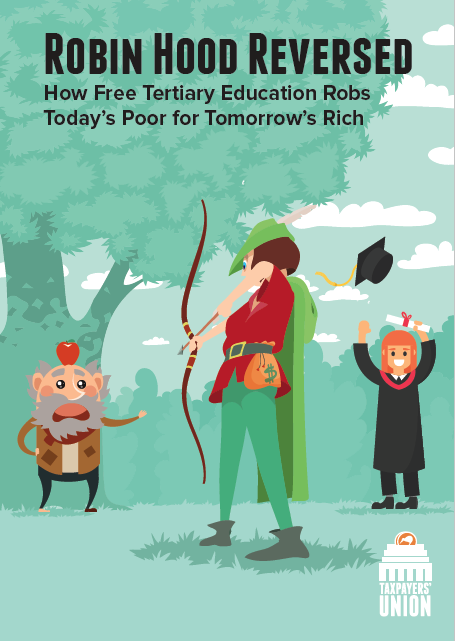 Following on from Jacinda Ardern's announcement today of Labour's tertiary education policy offering 'free' university study for up to three years, we have released a briefing paper examining whether "zero fees" university really is what the left say it's cracked up to be.

We find that the implementation of a zero fees policy for tertiary education would reach into the pockets of the disadvantaged, to line the wallets of the future’s wealthy.

Contrary to claims that zero tertiary education fees help the poor, we found that similar policies overseas have led to job shortages in crucial areas, and poorer quality courses.

In Scotland, which introduced zero fees in the early 2000's, students from low socio-economic groups were the first to be shut out. This contradicts the political ideology of those who advocate for it, because the policy hampers social mobility, and actually increases barriers to reducing inequality.

The costs of such a policy are borne by low and middle-income earners, to help tomorrow's rich get a free ride."

Download the PDF report from here. Hard copies are also available for members of the Taxpayers' Union, on request.