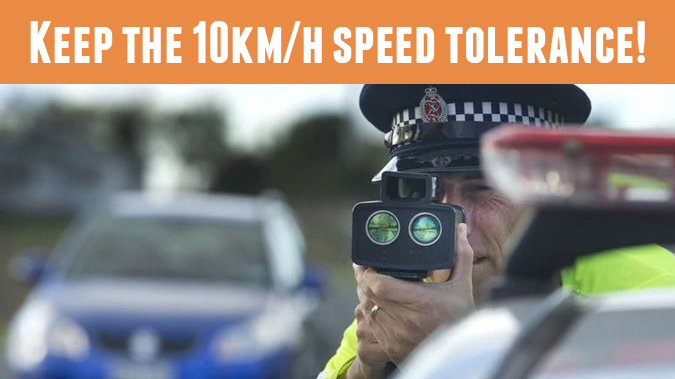 Did you see the news break yesterday that the Police are abolishing their 10km/h speed tolerance nationwide?

That means that from today Police will be issuing fines for going as little as 101km/h on the open road – even when passing another vehicle!

This Government has put up fuel taxes every year, and introduced the Auckland Regional Fuel Tax.  Now they’re using the Police as tax collectors.

Road safety advocates have labelled the move as “petty, vindictive and ineffective”.  Deliberate speeding is one thing.  But unintentional speeding where it’s a few kms over, such as when a driver is not fixated on the speedo, should not be fined.  Crashes caused by speeding are seldom due to a driver doing one or two kms over the limit.

This new policy that will see thousands of New Zealanders fined for going only one or two kms over the posted limit – even while passing another vehicle.

The one person who can overrule this policy is the Police Minister Stuart Nash.

Jordan knows Stuart pretty well from his electorate in the Hawke’s Bay.  Jordan says that Minister Nash will almost certainly buckle to public pressure if we put enough on him.

We'll deliver the petition to the Minister when it reaches 5,000 signatures, but in the meantime, let the Minister of Police know you've signed by flicking him a message at [email protected]ministers.govt.nz.