Tobacco tax hike: It’s all about the money 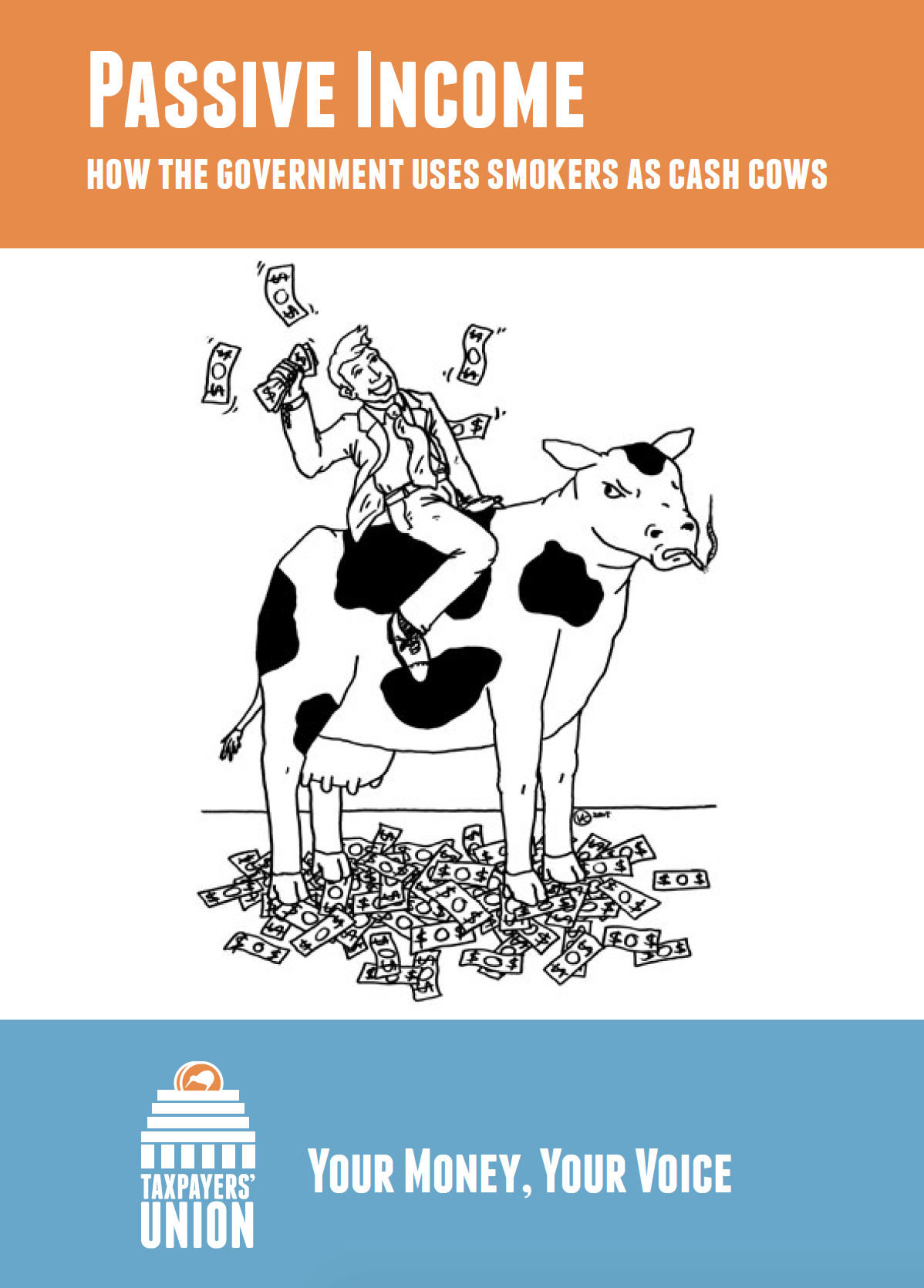 Over the last 12 months we’ve had a number of members who smoke ask us to examine the issue of tobacco taxes.  So to coincide with today’s 10% hike in tobacco excise we’ve released a report examining the issue.

Smokers have become the political punching bag over the decade with the current Government hiking excise taxes nearly every year under the guise of health concerns and to pressure low income New Zealanders to give up the habit.

Our members who smoke often feel as though they are treated as cash cows. Our research shows that their concerns are justified, with government tobacco excise income around three times the estimated cost of smoking to our health system.

The report details the effect of tobacco excise increases, the failure of the Government to legalise the sale of healthier alternatives which would minimise harm, and the misuse of taxpayers' money given to not-for-profits which lobby the government.

Politicians claim higher tobacco taxes are necessary to promote better health, but the Government has prevented the sale of new generation smoking alternatives such as e-cigarettes which are 95% less harmful and are the most popular smoking cessation tool used in England.

While politicians cry crocodile tears about the harms of smoking, they are refusing to allow the sale of healthier alternatives. It appears the only reason is to protect the revenue stream from the taxes on traditional cigarettes.

From today, a $20 20-pack of cigarettes includes nearly $16 dollars of tax 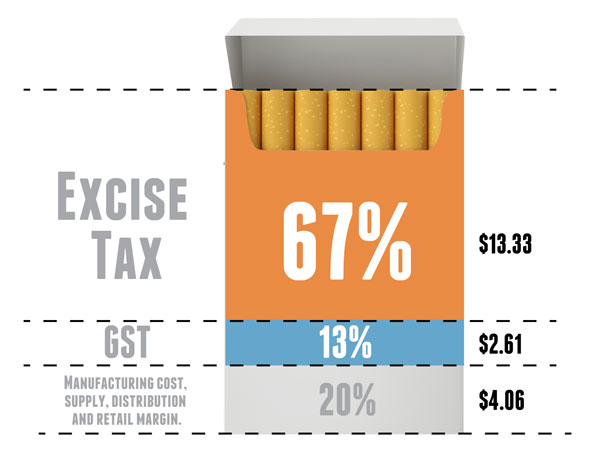 It makes a complete mockery of the National Party’s election promise not to increase taxes.

Increases in tobacco excise tax are often held up as interventions that are effective at reducing consumption amongst low socio-economic groups. However, significant tax increases have coincided with an increase in the socio-economic smoking gradient. Counterintuitively, the poor are the least likely to respond to tax hikes. That means they, and their families, go without.

Just because a consumer base is poor, it does not mean that the Government is any more justified in making consumer health choices for them. Worse, increasing taxes well in excess of the health costs of tobacco, knowing that they are being paid by those least able to afford it, is morally questionable. 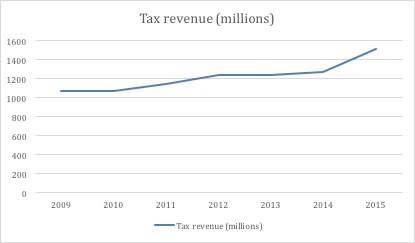 Even anti-smoking group ASH’s own expert estimates that tobacco excise tax is around three times the actual costs to the public health system caused by smoking (and that was before today's tax hike).

The report also examines the work of ’sock puppet’ lobby groups – those which are funded by the government to lobby the Government.

Every year the Ministry of Health waste tens of millions of dollars on tobacco groups that aren’t actually helping smokers quit. Instead they’re running political campaigns to lobby the government for higher taxes and more controls.

Take ASH for example. Here is a group which is 95% taxpayer funded which openly works with the Maori Party to lobby the Government for higher taxes and more tobacco controls. If the shoe was on the other foot and the Government was funding property groups to campaign for RMA reform, the Maori Party would be justifiably outraged. This is no different.

Every dollar wasted on taxpayer funded political campaigns is one less for frontline health services.

Why a report on tobacco tax?

Tobacco excise taxes increase by 10% on 1 January 2016. Tobacco duties and excise tax revenue, which has increased by almost $450 million since 2009, now accounts for about 1.4% of total government revenue.

How much of the retail price of tobacco is tax?

What are the report’s key findings?

The report details tobacco control measures since the 1980s and shows:

What are the report’s recommendations?