Op-Ed: Tax debate should have room for honest disagreement

Originally published by the National Business Review on Friday, 10 June 2016 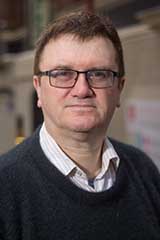 Too much of tax policy is debated with pistols drawn at 10 paces. Each side accuses the other of ignorance or being steeped in moral turpitude, and preferably often both.

Far too much time is spent feuding over the incentive effects of taxes.

If you inspect closely the history of the warring sides, they all agree that incentives matter.

If you tax something, you see less of it; if you cut taxes, you will see more of it.

The difficulty is the advocates for various causes are disappointingly selective about when they admit this is so.

Incentives do matter
French economist Thomas Piketty could not be more honest about the impact of a higher top tax rate. He welcomes the strong incentive effects of high marginal tax rates.

Why? Piketty wants to use high taxes to put an end to top incomes. He wants few to earn a large income and if they do, they should face ruinously high 70-80% marginal tax rates.

This honesty of Piketty is the basis of a ceasefire. Let us all admit that taxes have incentive effects and argue whether that is good or bad or that other considerations are more important than efficiency.

Too often in debates over income tax cuts, the opponents will not give an inch on the labour supply and investment effects of lower taxes.

Incentives count, especially when they bolster your case
But when the same groups argue about poverty traps when welfare benefits are wound back or when tax rates and Working for Families abatement rates interact, they admit that work must pay. Ordinary families will work less and second earners may stop working.

Those deeply troubled about poverty traps from high effective marginal tax rates deny point blank that putting the top tax rate back up to 39% or more will harm labour supply, investment, entrepreneurship and the incentive to go on to higher education.

On taxes on sugar and tobacco, consumers are said to be fairly responsive to higher taxes. Unkind words are said about the motives of those that disagree with these taxes.

The opposition is about how taxes on sugary drinks is a waste of time unless they are prohibitively high because there is plenty of substitute sources of sugar and fattening foods.

A higher tobacco tax is much more likely to cut smoking because there is no reasonable substitute. If the government really wanted people to quit smoking, rather than raise more revenue, they would legalise the sale of the safer alternative – e-cigarettes containing nicotine.

Opponents of company tax cuts are unwilling to admit that in highly integrated global capital markets a lower company tax wins more investment. They say that more tax is paid in the home country of the foreign investor if we cut our company tax.

European Union politicians will say in domestic elections that company taxes do not deter investment but still relentlessly bully the Irish for its 12.5% company tax rate because it was winning more investment at their expense.

What is the point of the EU and G20 push for tax harmonisation unless it is to stop competition for investment through lower company taxes?

Clashing value judgments
It is perfectly reasonable to agree on the effect of a particular tax policy but have an honest disagreement about its desirability. A higher top tax rate will not raise as much revenue as some hope but that may not matter if you want less income inequality.

Sugar taxes may not reduce obesity by much but it could be a useful first signal about healthy eating.

Others disagree because sugar taxes are ineffective and because people should be able to live their lives for better or for worse by their own lights as long as they do not harm others. People meddling in the lives of others because they know better has always ended in tears.

At least we should keep the conversation civil. Incentives matter. Taxes bite. The disagreement is over who you want the taxes to bite. By how much usually depends on how you value the competing goals of efficiency, equality and liberty.

Jim Rose is a research fellow at the Taxpayers’ Union