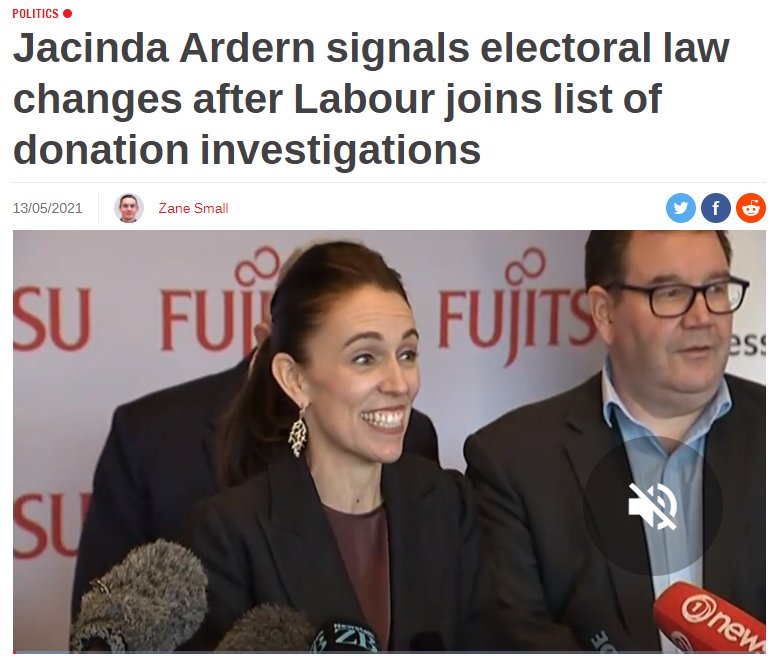 Faced with a steadily growing number of electoral finance investigations by the Serious Fraud Office, Prime Minister Jacinda Ardern stared kindly into the camera and intoned, “we should be looking at the way our regime works. Clearly, it's not currently, so let's do something about that."

The Taxpayers’ Union could not agree more that we should “do something about that.” However, the “something” is not to change the rules again or argue they are unclear (which they are not). The real “something” is to actually enforce the law. These prosecutions are proof that the regime is finally starting to work.

Of course, all parties are presumed innocent until found guilty of course, and all have pleaded innocence in relation to the charges.

Prime Minister, the problem is not the regime or the system – it is how politicians try to constantly push the boundaries of the system. They do it because it often works, there are rarely any consequences of note, and, if there are, they come long after the election affected by the activity in question. By the time any judgment is made most voters, if they were even aware of it, will have forgotten about the issue.

National and Labour are well established parties with teams constantly working on the minutiae of election finances. There are no excuses. The Māori Party is alleged to have missed deadlines for declarations which seems to be a cut and dried issue. Either they did, or they did not. There is no room for interpretation.

Advance New Zealand’s Billy TK can plausibly plead ignorance – there is plenty of evidence of that in his public comments. His co-leader, Jami-Lee Ross, much less so. In fact, what Labour is being charged with (hiding the identity of donors and the size of the donations) is – allegedly – known in Wellington as “the JLR shuffle”.

We do need to do something and that is to support the Serious Fraud Office finally enforcing the existing laws. Parliament has not done it, the Police have shown no interest in doing it, and the Electoral Commission cannot enforce them.

All power to the Serious Fraud Office.