While the by-election is a show-down in Northland, the cost of politicians’ pork-barrel politics will impact upon the pockets of all New Zealand taxpayers 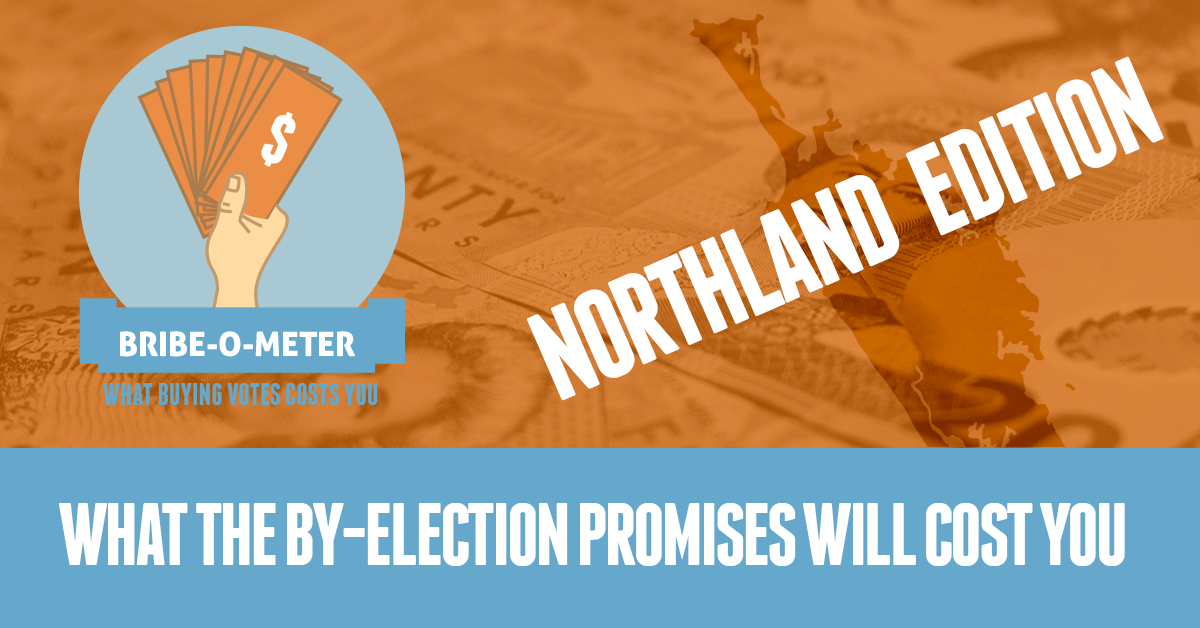 Today we are proud to relaunch our election Bribe-O-Meter to keep track of the pork-barrel promises being announced on the Northland campaign trail. The Bribe-O-Meter was introduced in the 2014 General Election as a way for taxpayers to gauge what parties were promising, and how much those promises were going to cost taxpayers.

It hotly contested elections, politicians will be quick to pull out the taxpayer-chequebook. This projects endeavours to ensure that taxpayers know what their candidates want to spend, and how it’s going to affect taxpayers throughout the country. Upon the launch of the Bribe-O-Meter – Northland Edition, the leading candidates have already made some big ticket announcements.

The National Party’s promises currently total $28.37 per New Zealand household, while our estimates of announced New Zealand First policies comes to over $180 per household. 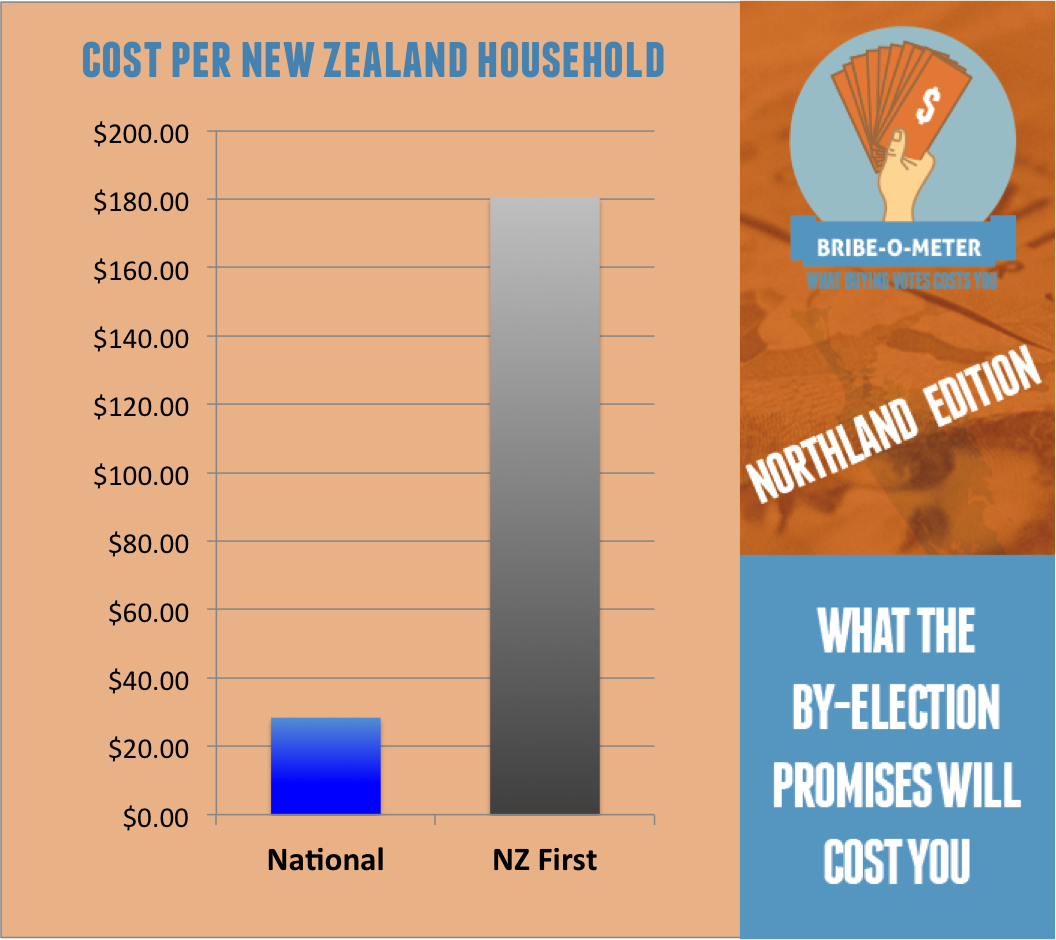 While these estimates are just that - we'll be refining them as we get more information from Government agencies, clarification from the candidates and receive economic advice on the costs of the various promises. We hope that the Bribe-O-Meter will encourage politicians to be more precise and transparent in their bribes over the next three weeks.