Mexican sales falsehood continues to be repeated by anti-sugar lobby

This weekend TV3’s The Nation looked at excise taxes and specifically whether the sorts of taxes we impose on alcohol and tobacco should be extended to sugar, fats, or junk food.

Professor Nick Wilson from Otago University is quoted in support of imposing a sugar tax (among others) and tells Torben Akel that:

“A ten percent price increase, as in Mexico has produced, roughly, a ten percent reduction in sales.” 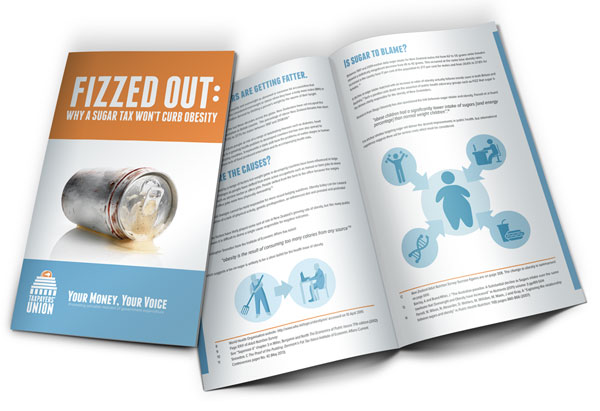 This isn’t the first time this claim has been made by New Zealand academics campaigning for a sugar tax. Back in July we published a report by Joshua Riddiford which not only looked into the merits of a sugar tax, but showed up the falsity of the ‘it’s working in Mexico’ claims.

Our report published Nielsen sales data (showing actual volume sales) for the first time publicly. It showed actual industry sales before and after the implementation of the Mexican tax. The Nielsen data shows that Mexican sales of sugar sweetened beverages have barely moved after the sugar tax.

Repetition of the same sound bite doesn’t make it true. The favoured study used by public health academics (and other campaigners) was funded by a pro-sugar tax campaign group and is based on surveying Mexican consumers on their expressed preferences. The real sales data shows that despite what people tell researchers, the Mexican sugar tax caused a drop of consumption of only 0.2% which as since bounced back.

Academics are supposed to promote informed public debate. Instead, there appears to be continuation of an activist political campaign based on misinformation and bias. Choosing to ignore the sales data which is clear suggests either failure to stay up to date with evidence, or deliberate misrepresentation.

Expressed preferences are often skewed. For example, when you ask people how often they use local libraries, they inflate reality. Here, people have told researchers they are reducing their consumption of sugary drinks when the sales data shows that not to be the case. Sales figures don’t lie, but people do, and it’s misleading to rely on a survey study when gold standard Nielson sales data is available.

We all agree that obesity is a problem, but the evidence is that sugar taxes raise a heck of a lot for politicians while hurting the poor, but do very little to help those over-consuming. As a precaution, and to give Professor Wilson the benefit of the doubt, we'll be sending him a copy of our report on Monday.

Click here to access or read a summary of Fizzed out: Why a sugar tax won’t curb obesity.